Prime Minister Justin Trudeau recently mused that the House of Commons was toxic. He pointed to the difficulty in passing legislation, as well as the unprecedented parliamentary admonishment of Public Health Agency of Canada president Iain Stewart, a public servant, for not turning over unredacted documents involving the firing of two scientists at a government laboratory in Winnipeg.

Mr. Trudeau’s solution seems to be to call an election.

In a twist, the view that Parliament has been dysfunctional is unlikely to align with a probable Liberal campaign strategy to run on the government’s record. Even facing a minority Parliament, the Liberals have been able to push significant stimulus out the door to help individuals and businesses weather the pandemic. More importantly, after some fits and starts, the vaccination campaign has been a success, with Canada among the top countries in the world administering COVID-19 jabs.

Is “toxicity” in Parliament reason enough to call an election? If the government had not been able to pass the legislation it needed to respond to the pandemic, an election would be in order. That is clearly not the case.

Has it been a rough-and-tumble time in Canadian politics? Yes. Are there differences of opinions between the federal political parties? Absolutely. Are the opposition parties working to put a spotlight on the inadequacies of the government of the day? For sure. But that is their job. If Parliament was all sunny days, some would view that as a marker that we are not in a well-functioning democracy.

The risk for the Liberals is that they may very well be too clever by half as they stand in judgment of the electorate. Canada’s last federal election was a “joyless outcome.” The Liberals were disappointed at not winning a majority. The Conservatives could not believe Andrew Scheer. The NDP could not recapture the excitement from the Layton-Mulcair era.

But a clever strategist would push for an election.

A look at the most recent election suggests that the Liberals were a whisker from winning a majority in the House and losing the popular vote at the same time. Out of 17 million votes cast, they were only about 21,000 votes short in 13 ridings of winning a majority.

However, campaigns matter and the best laid plans can quickly turn awry.

Second, the true impact of the pandemic on the economy has been masked by the stimulus. Research suggests there is an increasing anxiety among Canadians about the future. More than half of Canadians (52 per cent) believe the next generation will have a lower standard of living than the current generation. Negative views in May were up seven points compared with February, 2021, while positive views were down about 10 points. The stimulus halo is thin and wearing out.

Third, the reality is that the true support for the Conservatives is likely much higher than their current poll numbers indicate. Liberal support is overpriced and is due for a correction. One should not be surprised if the big Liberal advantage turns into a more modest advantage, and a narrative emerges in the first part of the campaign that the Conservatives are starting to close the gap. Likewise, the People’s Party of Canada’s support at 4 per cent likely comprises disaffected Conservatives temporarily parking with the PPC. They may be unhappy with the Conservatives, but the spectre of another potential Liberal win may bring them back into the blue column.

Early election calls have been known to yield different-than-expected outcomes. Quebec Liberal premier Robert Bourassa lost a snap election in 1976 to separatist René Lévesque. Ontario Liberal David Peterson lost an early election call that put Ontario NDP leader Bob Rae in power. Federal Liberal leader John Turner went early in 1984 and the outcome was a sweeping majority for the Mulroney Progressive Conservatives. But an early election is not all risk. Federal Liberal leader Jean Chrétien, after winning in 1993, went early to the voters in 1997 and was rewarded with a second majority government.

The Liberals should not get too comfy. They do enjoy an advantage today, but it is likely overstated. The gap between the Liberals and the Conservatives will close. Anxiety about the future will grow as the stimulus winds down and awareness of our debt levels rise.

It will be an election of mixed emotions – the relief that comes with vaccinations, hope for an opening of the economy, anxiety about the real jobs fallout from the pandemic. These will place intense scrutiny on all the political leaders. For the Liberals, the decision to call an election now carries both risk and reward.

Nanos conducted an RDD dual frame (land- and cell-lines) hybrid telephone and online random survey of 1,029 adult Canadians. Fielded between May 30th and June 2nd, 2021, it is accurate ±3.1 percentage points, 19 times out of 20.

Ballot numbers are based an RDD dual frame (land- and cell-line) telephone survey ending July 2nd, 2021. It is accurate ±3.1 percentage points, 19 times out of 20. 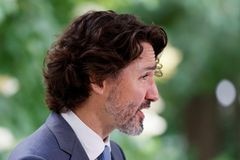 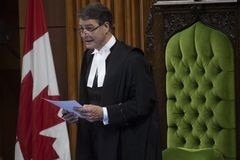 Opinion
We’ve had too many underqualified presidents and prime ministers
Subscriber content
June 23, 2021 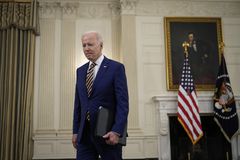