Canadians have been left bruised by a pandemic that has disrupted their lives. Now some are having difficulty putting food on the table.

Food affordability is on the political menu and the numbers are unappetizing. A new survey for CTV News suggests that six in 10 Canadians (61 per cent) report buying less expensive food, 25 per cent are stockpiling food and 17 per cent report eating less because of the price of food. What is behind the numbers is even less appetizing. Younger people are most likely to feel the pressure. Only 20 per cent of those between the ages of 18 to 34 report nothing has changed compared with 37 per cent of individuals over 55 years of age. Quebeckers are most likely to report stockpiling food, while women are more likely than men to say they are buying less expensive food. 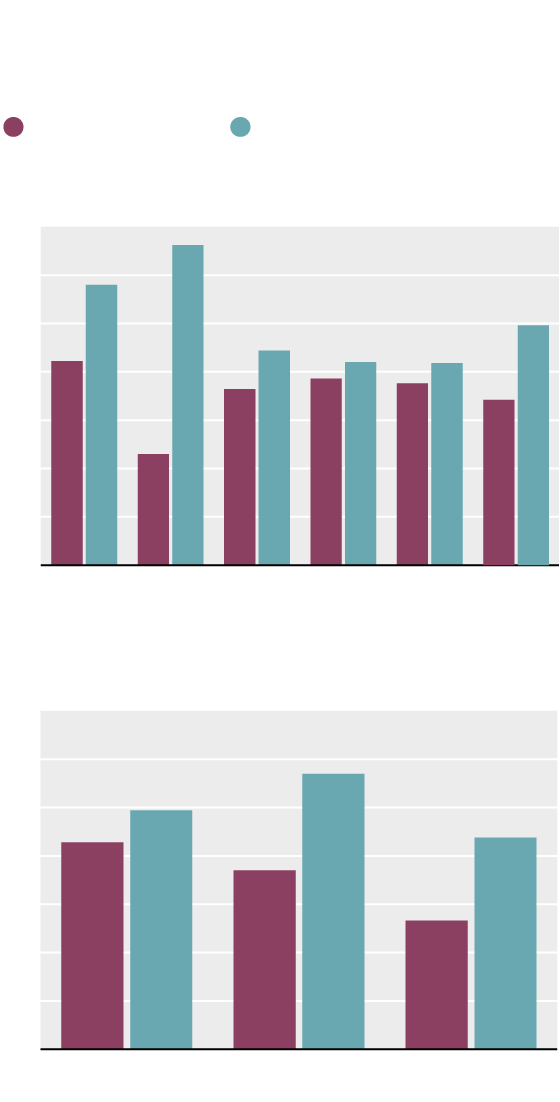 Percentage of households that have eaten

less or stockpiled food in the past 30 days

because of rising prices 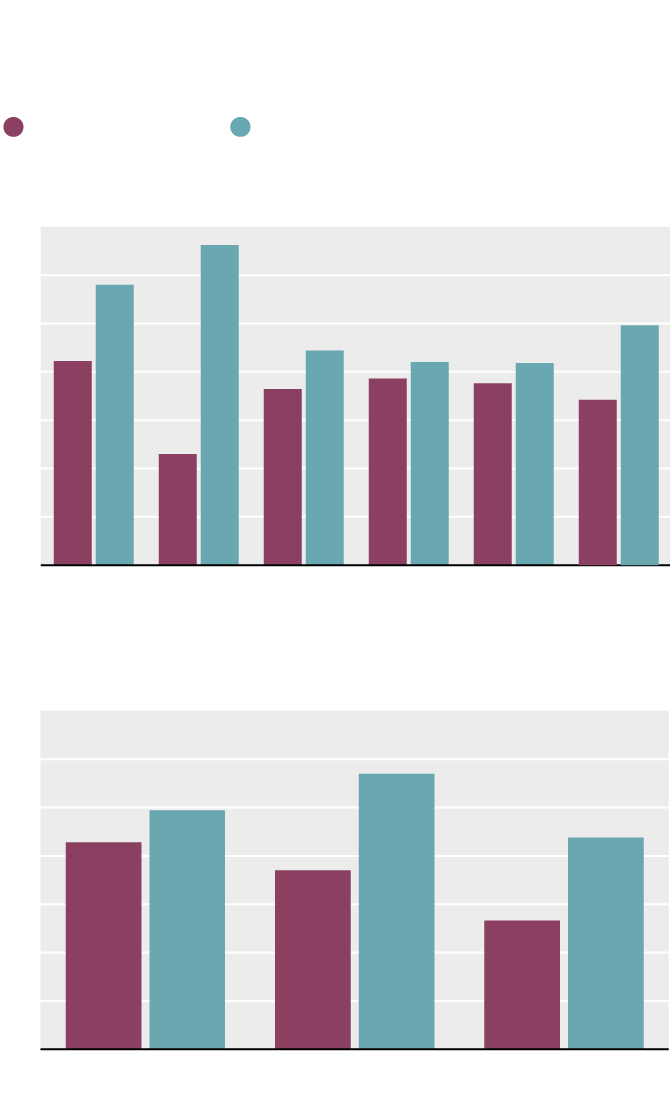 Percentage of households that have eaten

less or stockpiled food in the past 30 days

because of rising prices

Percentage of households that have eaten less or stockpiled food

in the past 30 days because of rising prices

Canadians self-reporting as disabled were more likely to report eating less (27 per cent) compared with those without a disability (16 per cent). Racialized individuals also had a higher likelihood of reporting eating less because of the price of food, but the percentages were within the margin of error compared with non-racialized Canadians.

This is unpalatable for a nation that claims to be among the best places in the world to live. Even with our small population compared with other major economies, Canada is a Group of Seven member country and has the 10th-largest nominal GDP, according to the International Monetary Fund. We have a social safety net of programs to help those less fortunate and we generally pride ourselves on being a great place to live. When people struggle to pay for food, elected officials and policy makers should take notice. 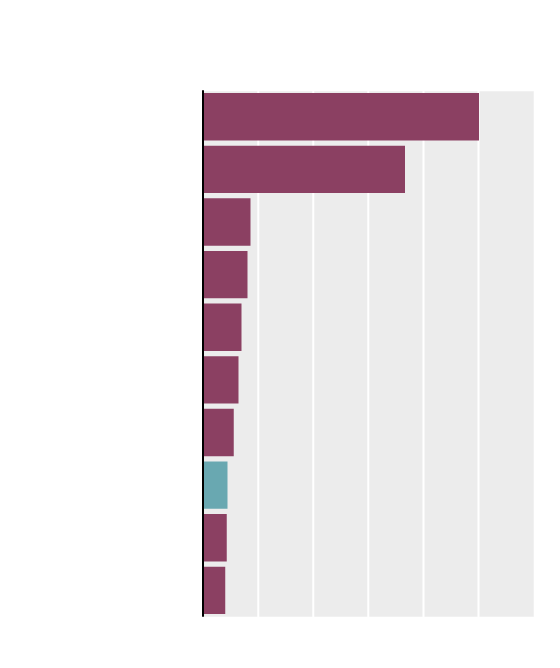 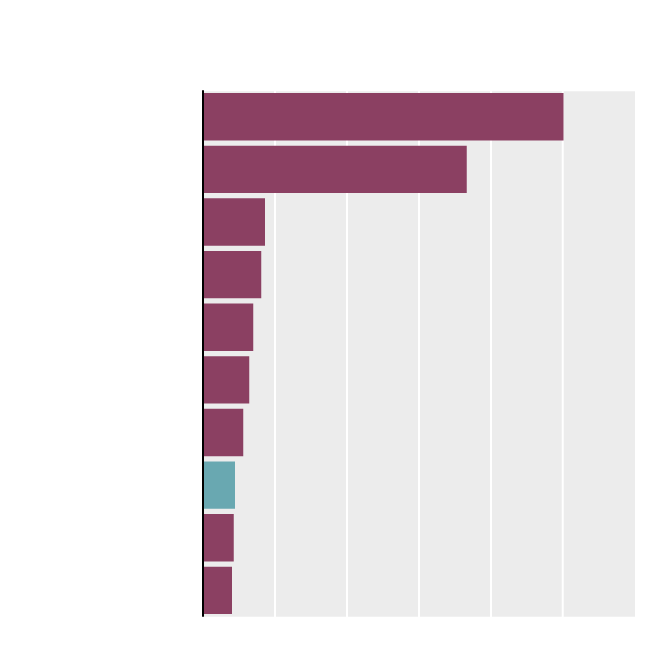 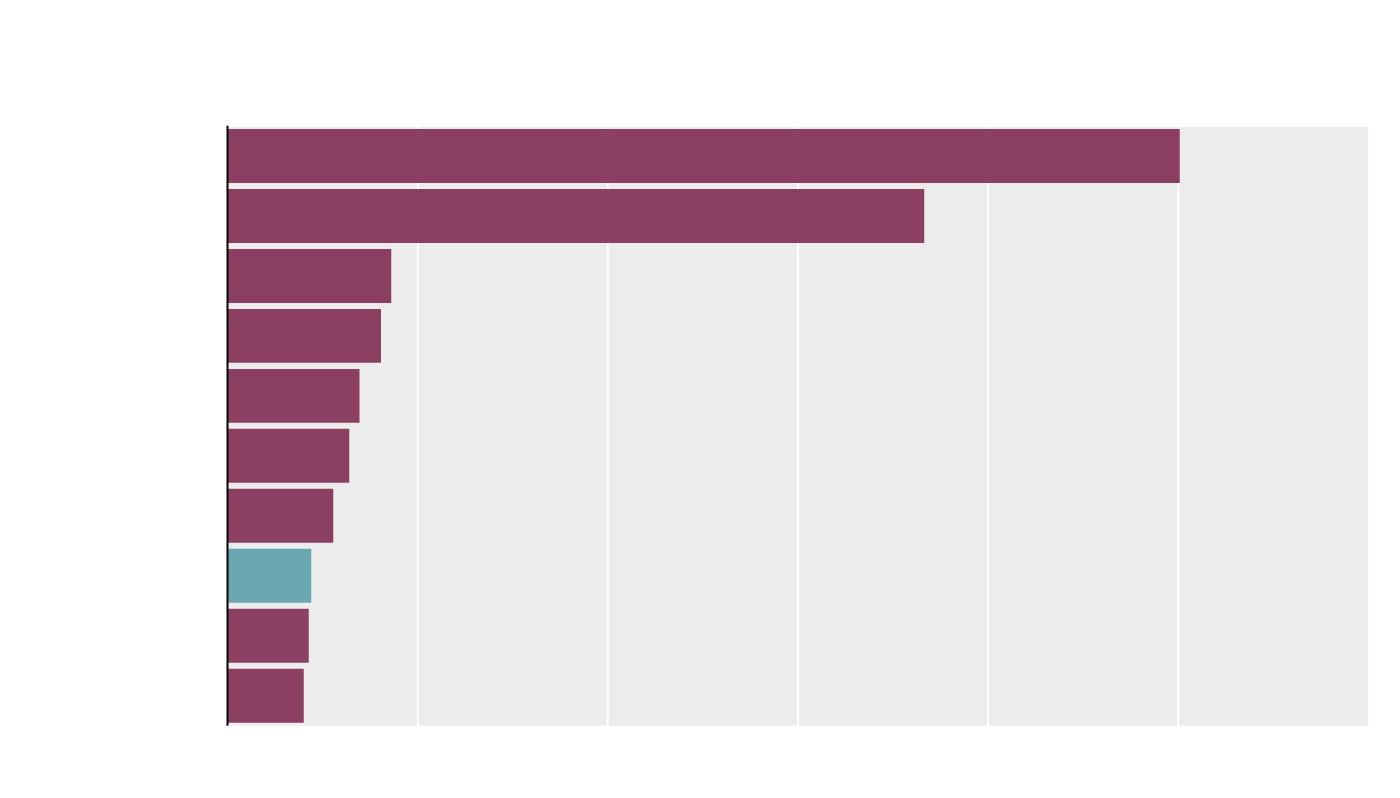 As incredible as it sounds, the pandemic, which coincided with a period of major disruption and risk, may turn out to be considered “the good old days.” Major government stimulus, and with direct support, heralded a period during which many Canadians reported that their personal finances were better off than before the pandemic. Now, concerns about issues such as jobs, the economy and inflation are on the rise nationwide. 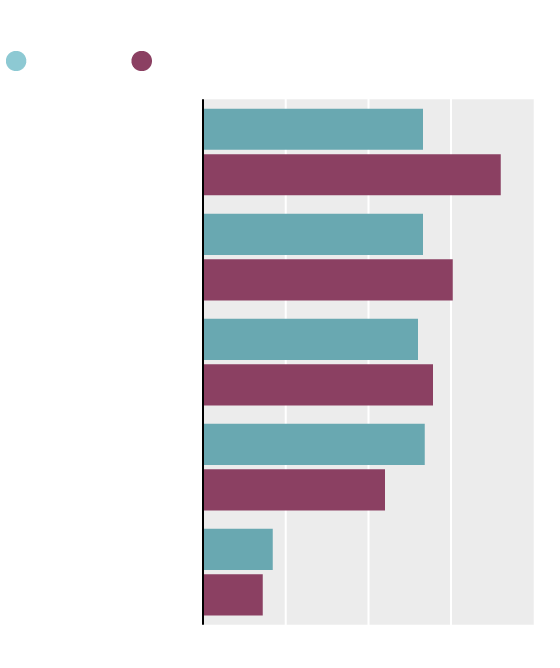 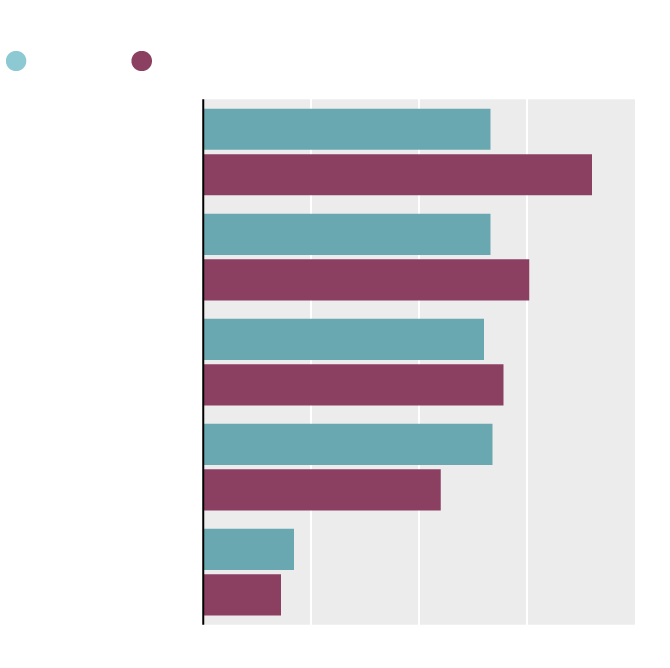 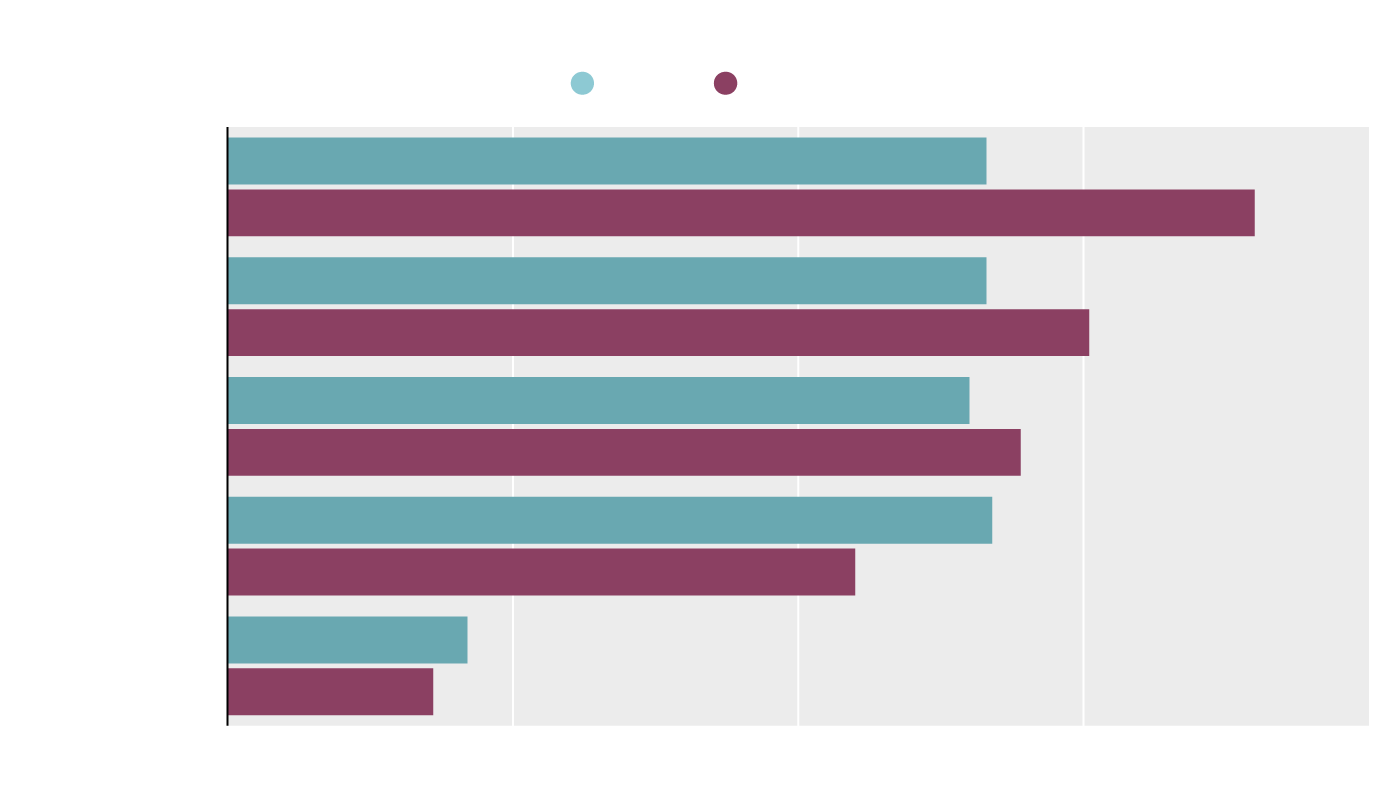 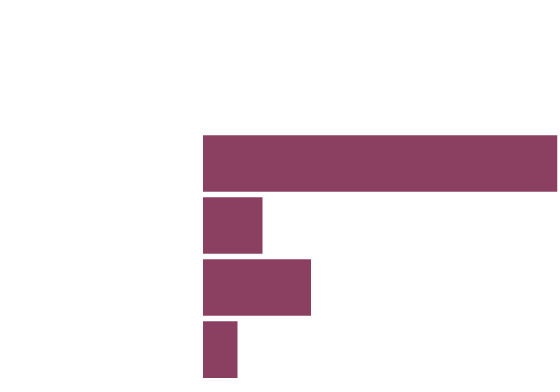 How will the Canadian economy change

in the upcoming year? 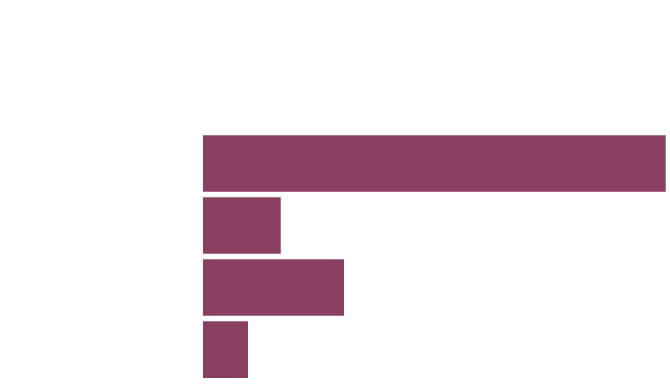 How will the Canadian economy change

in the upcoming year?

How will the Canadian economy change in the upcoming year?

Anxiety about putting food on the table should concern our political leaders, because voters will be looking to dole out punishment.

At the top of the list may be food retailers. It doesn’t help when companies such as Loblaws show their profits jumping significantly. Canadians expect rising costs to be passed on to the consumer – but not an extra markup tagged onto food prices. Food retailers perceived as profiteering on the backs of their customers for essentials like food may end up paying a price. The sector is still dealing with the fallout from a bread price-fixing scandal in 2019, with lawsuits going before the courts.

Imagine waking up every day and thinking that you and your family might have to eat less. This is not a normal situation for a country as rich as Canada and it sows the seeds of discontent.

With a D-plus student, we would be looking to have an immediate intervention to avoid a possible failure. Those who give the health of our democracy failing marks put the blame clearly on the current government (20 per cent), worry about freedoms/rights being threatened (19 per cent) and believe we need electoral reform (12 per cent). Canadians who believe our democracy is healthy assert things are fine (27 per cent), elections are well-run (16 per cent) and see the rise of right-wing beliefs as a positive (11 per cent).

There is no easy solution to our current situation.

We need our leaders need to focus on making sure that, as a country, we create an economic environment where people can pay their bills, afford groceries and put a roof over their head. Failure on those fronts, and Canadians will be looking for politicians to pay the price.

The age of inflation: More from The Globe and Mail

What can Canadians do to dodge inflation? The Decibel’s producers went grocery shopping and had their choices critiqued by Lisa Noonan and Filomena Bilotta, administrators of the Canadian Savings group on Facebook. Subscribe for more episodes.

What’s the latest inflation rate and what does it mean for me?

Budgeting 101: How to pick the app or template to track your spending

How much money should be in my emergency fund?

Overwhelmed food charities say solution to hunger is higher incomes, not more funding
opinion
$37 chicken wasn’t Galen Weston’s fault, but Loblaw needs to repent nonetheless
The healthy food trends - for you and the planet - to watch for in 2023