Politics today plays out like an episode of Survivor. Often, it’s about casting a ballot against, rather than for, something or someone. Citizens vote parties off the island because of leadership or policy failures.

The federal Conservatives should take note.

In the past 40 years, there have been only two winning Conservative franchises: the Brian Mulroney and the Stephen Harper approaches to victory.

Mr. Mulroney presented an ambitious, big-tent vision for his party that included a coalition of progressives, social conservatives and supporters from across Canada. The successful Harper franchise, conversely, was built on the “base plus” model. Mr. Harper consolidated the party base of Westerners, and social/fiscal conservatives and then built out a coalition that included groups such as soccer moms and new Canadians. It was less about an ambitious broad movement and more about the pragmatic building of blocks of voters into a winning coalition.

If one listened to Mr. O’Toole during his Friday night address to his party and the country, one would have thought that he was focused on a bigger tent. He called for a new “grand Conservative coalition,” that was serious about the environment and attracted support from across the country – ranging from small-business owners to union members.

His call to action was not fully derailed, but was hurt, by the defeat of a motion to add the words “we recognize that climate change is real” to the Conservative Party’s policy. The repudiation of those seven words may come to haunt the party for a number of reasons.

First, the optics could not be worse for Mr. O’Toole. Because the defeat was portrayed as being delivered at the hands of members from Western Canada and the anti-abortion group Campaign Life Coalition, the setback effectively delivers to the other major parties fodder for attack ads, and paints the Conservative Party as divided. For Mr. O’Toole to challenge Prime Minister Justin Trudeau, the first step will be to remake party unity. Parties that are divided or that do not support their leader are rarely given a mandate to govern by voters.

The challenge facing Mr. O’Toole is that his parliamentary party – that is, his colleagues in his House of Commons caucus and his rank-and-file members – are more right-wing than average Canadian Conservative voters, and even further to the right than the pragmatic centrist citizens Mr. O’Toole needs to win for him to form a government.

Second, the defeated climate change motion ensures the party will be a non-starter in Quebec and parts of British Columbia – two key constituencies needed for a Conservative majority. Mr. O’Toole might himself say all the right things but the rejected motion may be a drag on his appeal.

Recognizing climate change is a very low bar for any mainstream political party. Adoption of the motion would have allowed the O’Toole Conservatives to still chart an environmental policy path different from the Liberals while making both himself and his party look more relevant. The research also suggests that once the COVID-19 pandemic is under control, issues such as the environment – which prepandemic was the top issue of concern – will regain importance. To paraphrase Wayne Gretzky, Mr. O’Toole’s strategy was to get the Conservatives, from a policy perspective, to skate to where the puck is going, not where it has been. Defeating the motion was an own-goal.

Third, when one tracks over time the proportion of Canadians who would consider voting Conservative, it is clear that a majority win would not be in the cards if an election were held today. Currently, about four in 10 Canadians (38 per cent) are open to voting Conservative, compared with more than one in two (52 per cent) who are open to voting Liberal. At 38 per cent, every Canadian thinking about supporting the Conservatives would have to vote for them for the party to form a majority government. The current configuration of the Conservative tent is mathematically unable to produce a majority win, and Mr. O’Toole’s efforts to build a new coalition shows that he knows it. 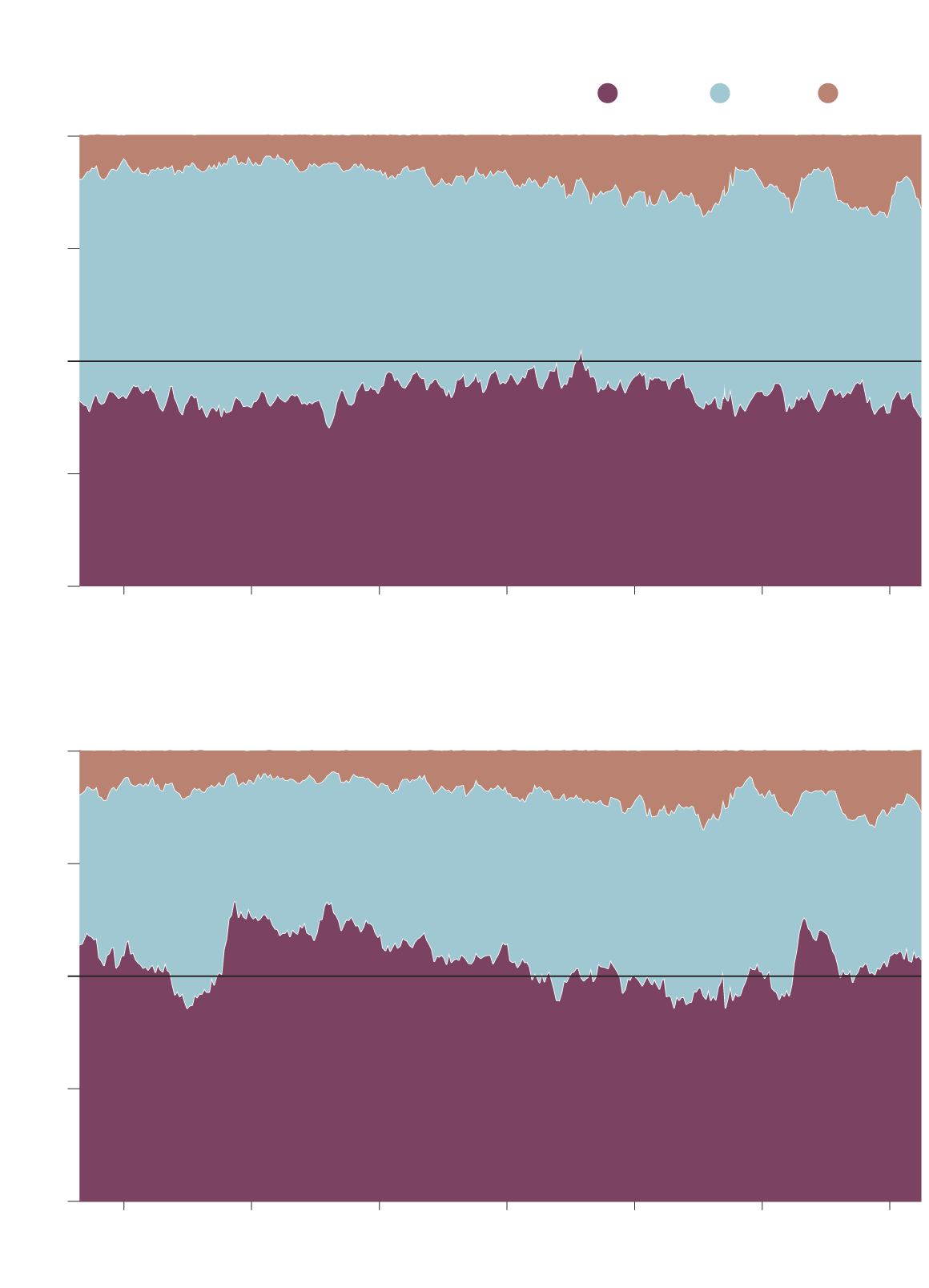 Fourth, winning parties are driven by a discipline of power. Here party members put unity and winning on a pedestal above dogmatic policy. The Liberal Party’s coalition is a diverse amalgam of progressives, Blue Liberals who are fiscally minded and voters who have been disappointed with the Conservatives. They stay in the Liberal tent because they realize that it is better to be in power, than to be out of power.

Erin O’Toole has to hope that the next election is not about him and his party’s belief in climate change. That will likely be the Liberal game plan.

Whether it results in Mr. O’Toole being voted off the island remains to be seen.

This column is based on longitudinal Nanos tracking of RDD (land- and cell-lines) random telephone interviews, ending April 2nd, 2021. The last wave of 1,107 Canadians is accurate 2.9 percentage points, plus or minus, 19 times out of 20.

If Canada and China can fix ties, does the public want them to?

Erin O’Toole to campaign on climate-change plan despite party skepticism on issue
March 23, 2021
Erin O’Toole faces challenges as Tory convention begins this week
March 17, 2021
opinion
Data Dive with Nik Nanos: If Canada and China can fix ties, does the public want them to?
March 19, 2021