Wayne Smith is the former chief statistician of Statistics Canada.

We deserve a public statistical data system that is comprehensive, integrated, accessible, well-documented and produced to the highest possible standards operated by an agent that is broadly recognized as competent and unbiased.

An ideal data system should provide tightly integrated, comprehensive data on Canada’s economy, society, population health and environment. It should allow researchers not only to examine characteristics of Canadians and their institutions at a point in time, but also to track these characteristics for specific cohorts as they evolve through their life course.

We need a system founded on continuously updated statistical databases constructed through the collation of existing administrative data sources in public and private hands, and, only where necessary, complementary targeted surveys of households and institutions. The system should be governed by a trusted and competent public institution that has buy-in and representation from all levels of government, academia and non-government organizations.

It should be able to tell us how events in early childhood relate to academic and professional success in later life; one able to show how local environmental issues relate to local employment trends and future health outcomes; one able to assess how well postsecondary educational programs are adapting to shifts in the structure of the economy.

We need a system that goes beyond merely saying “these things are correlated” and instead allows us to definitively state “this causes that.”

But this system does not exist today. While Statistics Canada provides a solid, high-quality and generally trusted base on which to build, its program today is itself fragmentary, pockmarked with massive gaps.

In the optimistic late 1990s and early 2000s, Statistics Canada and its partners were moving toward this ideal system, launching an array of longitudinal population surveys on topics such as population health; labour and income dynamics; children and youth; youth in transition from school to the workplace; and integration of immigrants to Canadians society. It was also embarking on meaningful work toward an integrated system of environmental statistics. In these years, under two successive “data gaps” initiatives, Statistics Canada received new funding for general data development.

These initiatives all fell victim to a combination of economic crisis, budget cuts and a political environment hostile to policy activism; removing data and the policy research, after all, is something governments can live with, if it means achieving their interests.

Today, the cart leads the horse. New funding received by Statistics Canada doesn’t go to support general data development and policy research – it supports the implementation and administration of policy decisions already taken, whether or not they are supported by the evidence. Statistics Canada is stalled.

Reversing course will require some nation-building leadership and vision. That’s not likely to come from Canadians at large; the links between investment in an appropriate level of data collection and benefits to individual Canadians are too indirect and unclear. So, the onus is on the federal government to give Canadians the policy-relevant information they need and make those connections.

It can start by relaxing Statistics Canada’s overly stringent restrictions on access to detailed records and data. Such constraints sap much of the value of our information holdings. For example, Statistics Canada has highly detailed data about the geographic distribution of manufacturing and primary industry activity, but cannot publish it, even at the provincial level, without violating the confidentiality provisions of the Statistics Act.

Statistics Canada should be applauded for the progress already made to increase access. The agency has produced accessible and anonymized data files from many of its household surveys. It has joined universities across Canada in opening research data centres where university researchers can be sworn as employees of Statistics Canada and thereby conduct research on confidential data files. It has also, within the limitations imposed by its legislation, reviewed and relaxed the confidentiality protection rules governing release of economic statistics.

But it’s not enough. For all the talk of the value of big data, these data are largely useless for public policy purposes, even if they are extremely useful and often profitable for their owners. These data are typically of poor quality, riddled with bias, undocumented and unrepresentative of anything except the limited and often undefined populations from which they were drawn.

Part of the solution will have to be a discussion with Canadians, their businesses and institutions about the appropriate level of protection of data provided to Statistics Canada in order to preserve the research value of the information.

If we don’t care where we’re going, any road will get us there. But if we want to move forward as a country purposefully and share our prosperity equitably, we need a plan. Solid plans require solid data.

In Depth
What went wrong at Statscan? A history of secrecy, small-time thinking and statistics
January 27, 2019 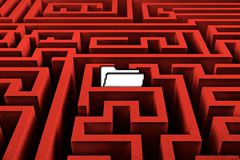