Samantha Bradshaw is a senior fellow at the Canadian International Council. She is also a D.Phil. candidate at the Oxford Internet Institute and a researcher on the Computational Propaganda Project at Oxford University.

The revelations about Cambridge Analytica – the big data firm that misused Facebook data to target voters with propaganda – should have Canadian policymakers thinking seriously about how information, technology and data will affect our elections in 2019. There are increasing concerns that social media is undermining democracy – broadcasting conspiracy theories, fake news and Russian-sponsored disinformation campaigns – and Canada should not be complacent. In a data-intensive society, winning an election might have less to do with a candidate, party, or platform and more to do with buying and selling voter data to hack democracy.

We live in a networked society where data is the currency in our information economy. Every time we like a post, interact with friends or make an online purchase, we generate data about our behaviour, interests, values and relationships. Internet companies have traditionally used this data to assemble detailed customer profiles to tailor products to specific segments of the population. However, these techniques are increasingly being used to build detailed psychological profiles about voters that can be leveraged to deliver political advertisements and propaganda. In today’s digital environment, personal data is not only used to market traditional consumer products, but to sell us world leaders.

Civic data brokerage has become big business. Over the past five years, political actors have hired private firms to map voter constituencies, tailor political messaging and shape electoral outcomes through data-driven profiling. Firms such as Cambridge Analytica have already worked with politicians in countries such as the United Kingdom, the United States and Kenya to monitor, suppress and even deliver outright lies to voters. Even in Canada, the Liberal Party considered hiring the data analyst who blew the whistle on Cambridge Analytica’s improper use of Facebook data to work on their 2016 campaign. The strategic combination of big data analytics with computational propaganda and disinformation can distort political processes, spread skepticism and distrust, and interfere with a citizen’s ability to make sound political decisions. A strong democracy requires high-quality news, a pluralistic climate of opinion and the ability to negotiate public consensus. But powerful political actors are increasingly leveraging big data to manufacture consensus, manipulate public opinion and subvert democratic processes.

As Canada prepares for the 2019 federal elections, we’re dangerously unprepared to confront challenges at the intersection of individual privacy, social-media transparency and data-driven campaigning. Currently, no federal privacy legislation covers the activity of political parties with respect to voter data: the Personal Information Protection and Electronic Documents Act (PIPEDA) only applies to the commercial collection of personal data; in the Privacy Act, political parties are excluded in the definition of “government institutions,” and the Canadian Elections Act does not oversee data collection, analysis, use or storage. In the past, the Liberal Party made a voluntary commitment to PIPEDA, and the New Democratic Party said it will honour the transparency aspect of the law. But beyond the privacy policies of the parties themselves, there are no legal or regulatory mechanisms in place to ensure that voter data is not being misused by politicians.

Social media has certainly caused a number of challenges for democracy and addressing these issues will be critical for improving the future health of our digital public sphere. We live in a time where citizens – especially young ones – use social media to find news and information that directly informs their political identity and shapes their opinions about politics. Yet, many people do not realize how much data is collected about them or the extent to which their online experience is individualized by algorithms and advertisements based on their personal information and digital footprint.

While commentators have been demanding more digital advertisement transparency and better education programs to protect users from disinformation, these solutions don’t address the deeper, systemic problems grinding away at democracy. The confluence of surveillance capitalism, big data analytics and lack of algorithmic transparency alongside widespread shifts in how individuals consume political news and information have the potential to exacerbate the challenges we are seeing around fake news, computational propaganda and voter suppression. If we want to protect the integrity of our democratic processes, Canada needs to develop legal mechanisms that address issues to do with data privacy and political campaigning. And applying basic data-protection laws to political parties is an easy starting point for policymakers concerned with safeguarding democracy in the digital age. 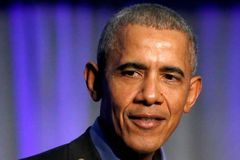 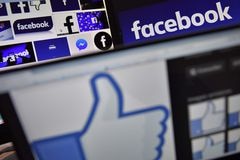 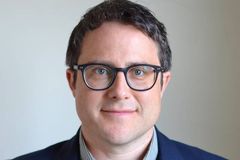