As the school year begins, it makes for some fairly grim reading.

Children First Canada and the O’Brien Institute for Public Health have just published a new report examining the mental and physical health of the 7.9 million young people under the age of 19. “Many Canadians think this is one of the best countries in the world to raise a child, but the statistics prove otherwise,” says Sara Austin, founder and lead director of Children First Canada.

She notes that Canada ranks a middling 25th out of 41 countries in UNICEF ranking of well-being of children and youth.

Canada is a safe country for kids – free of the ravages of war, largely free of deadly childhood diseases and prosperous. But the data from comparable countries remind us we can do better. Very few children and youth die in developed countries – just over 3,000 a year in Canada, and half of those are in the first year of life. Our infant mortality rate, 4.5 per 1,000 live births, is one of the worst in the developed world. Iceland, by comparison, has 0.7 deaths per 1,000 live births.

But as parents load their kids into cars and on buses, or send them off on foot or bikes for the daily round trip to school or daycare, it is worth underscoring that the single biggest danger in a Canadian child’s life is the car.

Speeding, gunning through a red light, rolling through a stop sign, texting at the wheel, taking a sharp right turn without looking for pedestrians or cyclists – all these common behaviours can have lethal consequences, especially in school zones.

Unintentional injuries – almost all of them preventable – are the No. 1 killer of children and youth, with motor vehicles posing the greatest risk, followed by falls and drowning.

In the past decade, mental health visits to the emergency room have jumped 66 per cent, and hospitalizations for conditions such as depression, anxiety and eating disorders are up 55 per cent. Meanwhile, the waits for psychological and psychiatric care are months and even years.

Clearly, we could be doing a lot better caring for their mental health.

As many as one in five children go to school hungry; one in two in Indigenous communities.

According to the new report, one in three adults have suffered from physical or sexual abuse before the age of 16. Two-thirds of them never told anyone.

Abuse remains a risk for children and youth today, as we are reminded by the all-too-common stories of abuse by clergy, sports coaches, teachers and family members. Children and youth need to be armed with tools to protect themselves, which means education about consent and reporting mechanisms where they are taken seriously.

Then there are the comparatively banal health issues, like one in four children being overweight or obese, and only one in three school-age children meeting minimum physical activity guidelines.

Becoming overwhelmed by all these data is easy.

We can’t wrap our children in cocoons, protecting them from all risks and dangers, but we can adopt smart public policies that create welcoming, healthy environments.

Children First Canada, for example, calls for the establishment of an independent national commission for children and youth and for the implementation of a Canadian Children’s Charter.

The goal, ultimately, is that every child reach her or his potential. We shouldn’t lose sight of the fact that children and youth are healthier and safer than they have ever been.

In trying to improve their lot, we need to let kids be kids, to play and live and love. 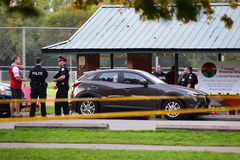 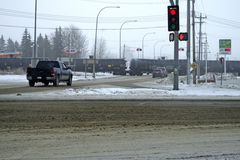 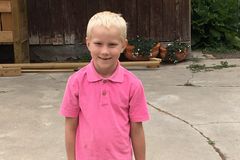