The next Democratic U.S. president will not upend capitalism as we know it. She or he will not outlaw private health insurance, make public universities tuition-free or get Congress to pass a wealth tax. Nor will he or she break up the big tech companies.

Whether it’s in 2020 or beyond, the next Democratic president will run up against the same push and pull that has always defined policy-making in Washington. The difficulty of getting anything done in Congress is typically seen as a knock against the U.S. system. But if legislating were as easy there as it is in Canada, where party discipline is airtight, Donald Trump would have succeeded in repealing Obamacare and funding his border wall when Republicans held a majority in both the House of Representatives and Senate in 2017.

That’s why the far-fetched promises being made by some of the 2020 Democratic presidential candidates should be seen more as an attempt to distinguish themselves from their rivals in a crowded field – and to help raise the hundreds of millions they will need to win the nomination – than a realistic policy agenda.

Even the most progressive Democrats – including the quartet of rookie congresswomen known as The Squad – understand that their ideological rants are aimed more at energizing young voters and boosting their own brands rather than at building the legislative coalitions needed to change laws.

California Senator Kamala Harris plays this game as much as any other candidate for the 2020 nomination. But that doesn’t mean she is particularly good at it. Indeed, the no-nonsense former prosecutor struggles to convincingly assume the hyper-progressive part demanded of newcomer candidates in this race. She was late to the game with her own Medicare for All proposal and the tiny crack in the door she left open for the preservation of some private insurance plans immediately led to charges that she’s not a real progressive, after all.

Ms. Harris had a breakout moment in her first Democratic debate on June 27, when she challenged former vice-president Joe Biden over his previous opposition to busing policies aimed at racially integrating U.S. schools in the 1970s. As an African-American woman who lived the busing experience, Ms. Harris’s attack was not only a poignant reminder of her personal journey, it also allowed her to demonstrate the courtroom chops that are her biggest asset and which she would use to “prosecute the case” against President Trump.

Still, the bounce in the polls Ms. Harris got after the first debate round was already fading before she delivered a middling performance at her second debate on July 31. She seemed unprepared for the attack levelled by Hawaii congresswoman Tulsi Gabbard on her past as California’s attorney-general, when she earned a tough-on-crime reputation that civil-rights advocates have criticized. Her support in the polls has since slumped.

Ms. Harris will need to recover her footing quickly if she is to put in the kind of performance she needs to deliver in the next debate in Houston in mid-September. The field of qualifying candidates is likely to be small enough then to fit them all on the same stage, on the same night, meaning Ms. Harris will face Vermont Senator Bernie Sanders and Massachusetts Senator Elizabeth Warren. Both are likely to pick up where Ms. Gabbard left off.

Just because she is a pragmatist does not mean Ms. Harris does not have big ideas. But unlike the dead-end policies many of her rivals are pursuing, Ms. Harris’s plans could pass Congress. Her proposed LIFT (Livable Incomes for Families) Act would establish a refundable tax credit for low- and middle-income working Americans whether or not they are married with children, which makes it a vast improvement on the current Earned Income Tax Credit. It is precisely the kind of policy that could rally Republicans and Democrats alike. It could materially reduce income inequality and help restore faith in the American dream among working-class voters.

The Tax Policy Center, a non-partisan think tank, estimates that the LIFT Act would cost US$3-trillion over 10 years, and Ms. Harris has not yet explained in detail how she would pay for it. But unlike Medicare for All or free college tuition, it’s not all hype. It’s a well-considered plan.

“I’m not trying to restructure society,” Ms. Harris recently told The New York Times. “I’m just trying to take care of the issues that wake people up in the middle of the night.”

If Democrats are willing to listen – and it’s not yet clear enough of them are – she could be their woman. 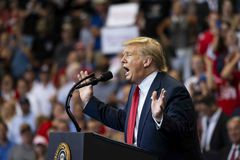 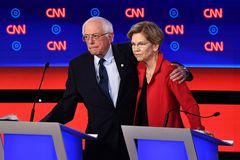 Opinion
Even if it’s all Greek to him, Donald Trump is channelling Aristotle in his rhetoric 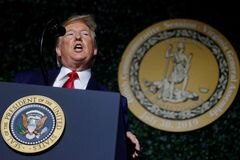