Glenn McGillivray is managing director of the Institute for Catastrophic Loss Reduction, a not-for-profit research organization.

In the United States this year, more than 650 wildfires have singed more than 1.25 million acres in California since mid-August; two of the fires have gone down as the state’s second- and third-largest ever recorded. South Carolina was hit by the state’s most powerful earthquake since 1916. Hurricane Isaias caused more than US$4-billion in damage in northeastern states. Large swaths of the U.S. Midwest were levelled by a massive derecho windstorm that caused an estimated US$4-billion in damage in Iowa alone. And the Gulf Coast is currently picking up the pieces after the deadly devastation of Hurricane Laura.

Elsewhere this year, floodwaters from record rainfalls wreaked havoc in such places as China, Japan and Bangladesh. Cyclone Amphan – the most destructive tropical cyclone ever to strike India – caused US$13-billion in economic damage there.

Just another year in paradise.

In the early days of the COVID-19 pandemic, many crossed their fingers and wished aloud that the year would not bring any additional disasters. Dealing with the coronavirus was enough for anyone.

But hope is not a strategy.

This year will see similar numbers.

Every year, communities around the world get hit by earthquakes, hurricanes or their local equivalents (typhoons and cyclones), tornadoes, wildfires, floods and the like. To think that these events have a heart and would take a year off to allow us to deal with COVID-19 is absurd.

Hazards are just a fact of life, and in the face of this cruel reality one of the tricks (or challenges) is to understand that events will come no matter what, and to prepare for them.

But the coronavirus threw a wrench into many of these best-laid plans.

The pandemic has managed to lay bare just how much the systems and structures we rely on have turned out to be a house of cards. The effect of COVID-19 on supply chains, for instance, is just one of many consequences that no one saw coming. (Just remember the toilet paper situation of a few short months ago.)

To give another example, California is learning the hard way that its reliance on non-violent prisoners to fight wildfires was somewhat flawed.

For some years now, the state has paid prisoners a pittance to battle these fires. However, with the coronavirus ripping through the prison system (like, well, wildfire) and the early releases the state implemented in order to reduce infection risk among inmates, the state has been left woefully unprepared to face this year’s record-breaking fire season.

According to one report, California has the capacity to train and house about 3,400 prisoner firefighters, but only around 1,300 are currently deployed. The state has been forced to ask both Australia and Canada for assistance; footage of a Quebec tanker crew fighting flames has been making the social-media circuit.

COVID-19 has introduced a slew of other problems for the state’s fire agencies, including challenges that come when evacuees, first responders and emergency managers are all forced to be in close proximity to each other.

With Hurricane Laura, similar problems will arise in Texas and Louisiana.

Canadian fire crews are in far better stead, in part because of their ability to share resources with agencies in other provinces through the Canadian Interagency Forest Fire Centre (CIFFC). Along with its role as co-ordinator of fire-fighting resource sharing among the nation’s various fire agencies, CIFFC has also worked to put together a series of COVID-19 best practices for air crews, resource exchanges and supply-chain management, among other areas.

The work done by CIFFC to ensure continuity in wildfire-suppression capability is a great example of how more agile organizations can identify gaps, adapt quickly and fill those needs in a highly fluid environment.

Individual provincial fire agencies have also done well to ensure that fire-suppression crews remain healthy and that measures are taken to limit human-caused blazes during the pandemic by issuing total burn bans, limiting controlled burns of vegetation and so on.

To date, measures have been effective; so far, COVID-19 has not greatly affected the ability of Canadian fire crews to do their jobs.

That being said, the coronavirus has exposed many gaps in emergency management and other areas of planning and preparedness. Ideally, these gaps should have been identified and addressed during dress rehearsal and not after the live performance began.

No, hope isn’t a strategy; neither is winging it.

But, with COVID-19, it’s largely what we’ve been doing. 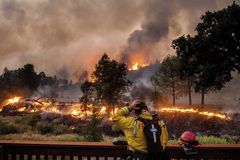 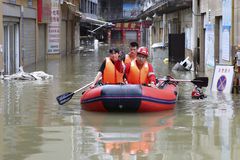 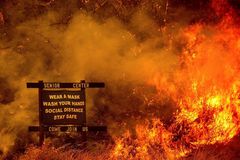