Clifford Orwin is professor of political science and a senior fellow of Massey College at the University of Toronto.

Those who think that Americans are enduring a year of unprecedented tension have shorter memories than I do. (Or more likely have just lived shorter lives.) In terms of the fraying of the social order, 1968 was much worse.

The riots that followed the assassination of Martin Luther King Jr. were far more destructive than the recent ones, laying waste to whole city blocks. The disillusionment was both wider and deeper, turning many Americans against their country. And while the present political system is polarized, that of 1968 was fractured: There were three major presidential candidates, one of them on the segregationist right.

The Vietnam War dragged on and on, claiming the lives of 50 young Americans a day. While there was neither pandemic nor economic collapse, the violent contestations over the war and the assassination of Dr. King fostered a mood of apocalypse. True, there was the “summer of love,” but that actually meant a summer of resistance.

There are advantages to the closing of Ivy League dorms because of COVID-19. It means that no bombs are being built in them, as they were in mine at Cornell University back then. The rest of us, who could have been blown sky-high, learned about it only after the fact. The builder was a quiet and seemingly unpolitical kid whom no one would have suspected of such craziness. But that’s how it was then: the frenzy engulfed the most unlikely of people.

Yet the United States did not come apart even then, just as it won’t now. Instead it elected Richard Nixon, who, strange as it may sound, was the candidate of conciliation. Yes, he stressed law and order, but he also promised “justice for every American.” (In office, he would display a surprising fondness for affirmative action programs.)

Hubert Humphrey, his Democratic opponent, was an even more emphatic champion of racial equality, which hurt him with many white Southerners, who until then had voted Democratic. At the same time, many loathed Mr. Humphrey for his loyal support of the continuing war as Lyndon Johnson’s vice-president.

Mr. Nixon promised to end the war and restore order in the chaotic streets and campuses: voters were sick of both conflicts. The activists who rioted outside the Democratic convention in Chicago that summer and the police violence unleashed on them by the implacable mayor Richard Daley (in which Mr. Humphrey was haplessly complicit) may well have combined to seal Mr. Nixon’s narrow victory.

My leftist friends would sooner have died than vote for Mr. Humphrey, the only candidate capable of defeating Mr. Nixon. While not all Democrats are keen on Joe Biden’s candidacy, the party remains far more united than it was in ‘68.

So have I persuaded you that the United States’ current situation is peachy by comparison? It’s not exactly sunshine there right now (as it was in the Reagan years, according to Ronald Reagan), but it’s not as close to the brink as the country found itself in ’68.

While the drama in American streets will have some impact in November, it remains to be seen how much. The battle lines were drawn with Donald Trump’s election and have hardly shifted since. Those who have taken to the streets were Mr. Trump’s opponents already. Will these events change enough minds to matter?

True, there has been some slight decline in Mr. Trump’s polling figures, suggesting that he is losing some independents. He must also fear increased Black voter turnout, which could decide several states that he won very narrowly and must hold. Why, however, has he taken so hard a line not just on the violence that has marred the demonstrations, but on the demonstrations themselves? Only because he supposes that this response will bring out his base in still larger numbers than it will his opponents.

I think that Mr. Trump is wrong about this, and he has in fact only lengthened the odds of a race in which he was already the underdog. But as a political scientist, I know better than to bet on election outcomes. Just as in 1968, if without the distraction of a third candidate, this one could go down to the wire. 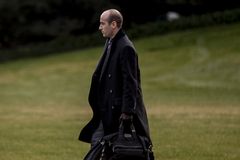 Opinion
When you stage a protest, expect some scrutiny
Subscriber content
June 16, 2020 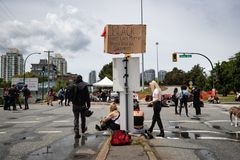 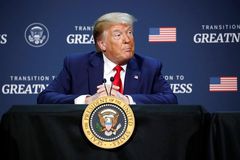