Canada’s constitution authorizes Parliament to make laws “for the peace, order and good government of Canada.” But what are Canadians currently experiencing? Cultural and social conflict characterized by increasing incidents of civil disobedience. Economic disruptions and worries compounded by the effects of COVID-19 lockdowns. Unprecedented levels of public borrowings, and uncertainty and confusion in governmental responses thereto. Not peace, order and good government but turmoil, disorder and weak government. So what’s to be done?

History would teach that under such circumstances, the wise thing to do is to return to first principles. And in Canada’s case, the constitution itself declares that “Canada is founded upon principles that recognize the supremacy of God and the rule of law.”

While secular Canada might have little interest in recognizing the supremacy of God, surely no one can dispute that “the rule of law” is still a founding principle and one that needs to be reaffirmed and strengthened under current circumstances.

Section 430 of the Criminal Code declares that everyone who “destroys or damages property” – as when individuals deface or topple statues – “is guilty of an offence punishable upon summary conviction.” Section 433 says that “every person who intentionally or recklessly causes damage by fire or explosion to property” – as when people burn churches – “is guilty of an indictable offence,” liable to life imprisonment if such acts endanger human life.

In addition, if other persons are involved in the planning of such violent acts, they could be charged with conspiring to commit an indictable offence. And if such acts as the burning of churches should ever result, even unintentionally, in the death of a human being, the perpetrators could be charged with second-degree murder.

Situational ethicists may seek to excuse such law-breaking on the grounds that the perpetrators sincerely felt these actions constituted the right thing to do in response to past injustices. And weak-kneed politicians and their advisers may shrug off the brazen flouting of laws they are sworn to uphold on the grounds that such violations, while regrettable, are “understandable.”

But even when certain laws or the policies they enforce are in fact outmoded, inadequate or unjust by today’s standards, surely the remedy is not to abandon the rule of law. Rather, it is to use our democratic rights and processes to elect people to Parliament and the legislatures who will make the required changes, provided there is public support for doing so.

In 2020, Prime Minister Justin Trudeau’s actions – or more accurately, his lack thereof – in response to the illegal blockading of rail lines in northern British Columbia propagated the false presumption that governments are powerless to stop these sorts of actions. But to quote an article written at the time by lawyer Asher Honickman and legal scholar Leonid Sirota: “Inaction [by governments] can be just as threatening to the rule of law as overaction.”

They added: “The rule of law requires the executive not only to stay within legal bounds, but also to faithfully enforce the laws Parliament or the provincial legislatures have enacted.”

So what is required of our elected officials to strengthen the rule of law in Canada? For starters, they should deliver more specific and conscientious efforts to remedy any real injustices that encourage lawbreaking as a protest. We should also see stronger and more public condemnation of law breakers and their illegal acts, and changes to educational curriculums to ensure that the next generation Canadians know what the law is and their obligations to respect it.

Furthermore, Parliament should attach a much higher priority to the funding, management and delivery of law enforcement, and local governments must ensure the appointment and support of police chiefs and other officials who will see that the law is actually enforced.

And what is required of you and I as law-abiding citizens who wish to encourage such actions by our elected officials? With a federal election in the offing, how about firmly resolving to ask any federal candidate who knocks on your door to solicit your vote: “What is your personal position and that of your party on strengthening the rule of law in Canada, and how specifically do you propose to do so?” 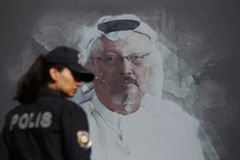 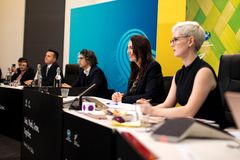