The federal government has finally got its act together and plans to evacuate Canadians from China’s Hubei province, the epicentre of the novel coronavirus epidemic.

When the evacuees get to Canada, they will be quarantined at Canadian Forces Base Trenton in Eastern Ontario for 14 days.

Generally, when there is an outbreak of disease, you want to prevent people from leaving the hot zone and potentially spreading a pathogen further afield, but countries have an obligation to bring their nationals to safety.

Canada hasn’t acted promptly, so at least it can do so smartly.

Never before have a large number of people – about 300 have visas to leave – been transported to Canada and, under a legal order, placed in quarantine.

As the breadth and depth of the coronavirus epidemic grows – more than 17,000 cases worldwide, in at least 23 countries to date, but mostly in China – so too has the worry.

Politicians and public health officials have to be seen acting, even if their actions are not especially useful.

As Dr. Nancy Messonnier, director of the National Center for Immunization and Respiratory Diseases in Atlanta,, said candidly when announcing the quarantine of 250 American evacuees (the first quarantine in that country in half a century): “We would rather be remembered for over-reacting than under-reacting.”

Quarantine, the isolation of individuals with no symptoms but who could potentially be incubating infection, is a strategy for slowing disease outbreaks that dates back to the 14th century.

In 1370, during the Black Plague, Venice forced ships to anchor for 40 days (quaranta giorni in Italian) before passengers and crew could come ashore, giving us the term quarantine. Why 40 days? It’s unclear, but it’s probably inspired by the biblical story of Jesus fasting for 40 days and 40 nights.

The 14-day quarantine for Canadians coming from Hubei has a more scientific basis. Evidence so far suggests coronavirus incubates for no more than 14 days, meaning if people don’t fall sick in that period, they are not infected.

The question is: Do we have to confine them to a military base to ascertain their non-infectiousness?

The evacuees could just as easily, or probably more easily, be asked (or ordered) to isolate themselves in their homes for 14 days while their health is monitored.

Logistically, this would be much easier. It would also be a welcome reminder that, despite the repeated headlines about a “killer virus,” coronavirus is not wildly infectious or dangerous.

Of the four Canadians known to be infected with coronavirus, none has had symptoms any worse than a bad cold. While one patient was hospitalized, it was done out of extreme caution, not medical necessity.

Similarly, while 17,000 people have fallen ill with coronavirus in Hubei province (or, by some estimates, four to five times that many), there are another 58 million or so who have not, and they are all struggling under the biggest and some of the most oppressive quarantine measures in history.

Quarantine is the atomic bomb in the public health armamentarium. It should be used rarely, if ever.

This is especially true because of the way quarantine laws have been abused in the past, to discriminate against marginalized and minority communities.

For example, in 1900, San Francisco’s Chinatown was ringed in barbed wire after one Chinese worker died of plague. During the First World War, thousands of sex workers were quarantined (essentially jailed) to try and contain the spread of sexually transmitted infections among soldiers.

Quarantine was also used extensively, and not particularly effectively, during Toronto’s 2003 SARS outbreak. A total of 23,103 people received quarantine orders – approximately 100 people for every SARS case in the city – but there is little evidence that abated the spread of the virus.

When you impose draconian measures, people are more likely to hide their symptoms, and sneak around. They also suffer economic harm that has repercussions on their health and welfare.

The best way to tackle an outbreak is to create an environment where people who are at risk practise good hygiene, limit their contacts, feel safe to come forward if they are feeling ill and get treated promptly as needed.

We can pretty well guarantee that the Canadian evacuees will be fine. We need to get them home.

And we should thank them, in advance, for the quarantine they will endure to assuage our collective fretfulness. 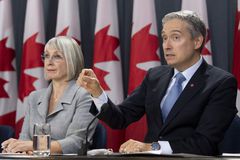 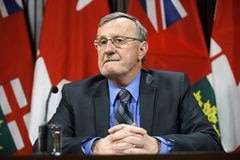 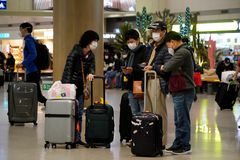