From the moment Jean Charest’s name popped up last month as a potential candidate for the leadership of the Conservative Party of Canada, the former Quebec premier was bound to face a barrage of opposition from those in the party who think their leader must pass a purity test.

According to these people, a “pure” Conservative doesn’t care much about climate change – at least not if caring means putting a price on carbon – or bilingualism. Indeed, some of these purists think their party should forget about trying to win seats in Quebec altogether. After all, Quebec voters are impossible to please and have only brought Conservatives grief in the past.

Mr. Charest, who was leader of the Quebec Liberal Party for 14 years until 2012, is tainted in the eyes of many Conservatives by his association with the Liberal brand and the mushy (their word) centrism that has always characterized his approach to politics and policy. Even among Conservatives in his home province, most of whom are closer to the Coalition Avenir Québec than the QLP, Mr. Charest embodies a bygone era of elite accommodation in politics.

And yet, no other real or potential candidate has generated as much interest both within and outside the Conservative Party. None of the other names circulating as possible candidates, with the exception of Rona Ambrose, makes federal Liberals lose sleep at night.

Peter MacKay, who announced his candidacy this week on Twitter, has broad appeal among the Progressive Conservative and Canadian Alliance wings of the Conservative Party. He also has extensive experience in government, having held senior portfolios in the government of Stephen Harper. Few people doubt that he has leadership qualities.

Mr. MacKay’s French is shaky. That need not be an impediment if he is serious about improving it. But in an era when leaders must go before the cameras almost daily, Mr. MacKay’s weak French would put him and his party at a disadvantage in Quebec. A unilingual anglophone leader could no more win a plurality of seats in Quebec than a unilingual francophone could in English Canada. And that’s a good thing.

If certain Conservatives are bent on writing off Quebec, they are free to do so. They would, however, condemn their party to near-permanent opposition status and contribute to the very national unity crisis they accuse Prime Minister Justin Trudeau of creating by pitting the West against the East on the issues of climate change and Alberta’s oil sands.

That there is a palpable desire among some Western Tories to stick it to Quebec is understandable. Opposition in Quebec to the Energy East pipeline effectively killed the $15-billion project to transport Western oil to Saint John. But Mr. Charest was hardly among Energy East’s opponents. He was hired by TC Energy Corp. (the company formerly known as TransCanada) as an adviser on the project. Indeed, he may have gone too far in his advocacy.

The National Energy Board was forced to disband a panel it struck to review the project after it was revealed that Mr. Charest had met with two of its members in 2015. That did not cause Energy East’s demise, but the incident remains part of the baggage Mr. Charest will need to account for if he is to overcome the skepticism regarding his candidacy.

A continuing investigation by Quebec’s anti-corruption squad into illegal donations to the Quebec Liberal Party while Mr. Charest was leader would also dog his candidacy. The publication this week of affidavits produced in association with that investigation, based on police interviews with construction and engineering firm executives who said they were pressed to donate to the party, is terrible timing for Mr. Charest. He had been expected to announce his candidacy for the Conservative leadership within days.

There is no evidence Mr. Charest knew of or participated in any illegal financing scheme, and sources close to the former Quebec premier say he is confident he will be cleared by the province’s Unité permanente anticorruption (UPAC). Until that happens, Mr. Charest’s name will continue to come up in Quebec media reports on the investigation.

Still, Mr. Charest remains one of the most talented Canadian politicians of his generation. He has more experience in federal and provincial governments than any other likely candidate for the Conservative leadership. He is uniquely positioned to champion national unity – he earned the nickname Captain Canada during the 1995 Quebec referendum campaign – and knows the country perhaps better than any living former politician except Brian Mulroney and Jean Chrétien. Conservatives who prefer purity tests over that résumé should think twice.

Opinion
Are the federal Conservatives a party of losers?
January 16, 2020 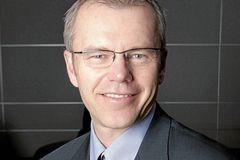 Opinion
In praise of career politicians: Why have voters consigned being a ‘lifer’ to political death?
Subscriber content
January 14, 2020 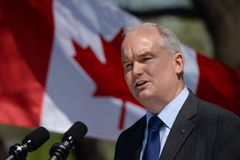 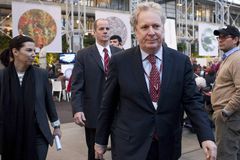