It is hard to assess how much Donald Trump is the cause of his country’s disintegration, and how much the consequence. Suffice it to say that the times brought forth the man: the perfect embodiment of all the fears and resentments – of foreigners, of minorities, of liberal elites – of the Republican base.

They found in Mr. Trump a vehicle for their nihilism and their rage, perhaps the least suitable candidate for high office in the entire United States – a petulant, insecure man-child, so wholly lacking in intelligence, competence, integrity or emotional stability as to be disqualified in most states from driving a bus, let alone leading what was once the most powerful country on Earth.

That was the point: to invert every norm or expectation, not only of public life, but of ordinary human behaviour; to render those norms and expectations, by a combination of their callousness and his shamelessness, impotent. The point was to “send a message,” although as Mr. Trump and his enablers in the Republican political class intuited, the message was less of rebellion than credulity.

The results are all around us: the world’s worst death toll from the novel coronavirus; the worst economic collapse since the Depression; the worst race riots since 1968. Mr. Trump wasn’t the immediate cause of any of these, but he has made each measurably worse, whether by the incompetence of his administration, the incoherence of his policies or the toxicity of his rhetoric. Elect someone to blow up the system, it turns out, and you will be picking up the pieces for years.

The U.S. accordingly gives every indication of coming apart, torn along lines of race, class, ideology and region, with Mr. Trump gleefully pulling at each frayed seam. Every institution of authority that might have mitigated the damage has been attacked and undermined. Every belief or movement that might have exacerbated it – racists, gun nuts, anti-vaxxers, conspiracy theorists of all kinds – has been cultivated.

Worst of all has been the collapse of trust. It is true that Mr. Trump can be trusted to always do the worst possible thing in any situation – to do it not in spite of expert recommendations to the contrary, but because of them. But even here the sense of bad faith is inescapable. He does things not because he believes in them – for he does not believe in anything – but because they make him feel good in the moment, or because they might benefit him in some way. He lies, not because he wants to be believed, but to advertise his disdain for the very notion of truth as distinct from falsehood. He gives orders, not because he has anything he wants done, but as tests of loyalty for his underlings.

A genuine autocrat might send troops against protesters, as Mr. Trump threatened to do on Monday night, or demand that state governors relax public-health measures to suit his schedule or shutter social-media sites because they flagged one of his more hideously inflammatory posts

But Mr. Trump is not even a sincere authoritarian. It is all performative, invoking powers he does not have, pulling levers that are not connected to anything – just another grift to keep the suckers in their seats, to see him through the news cycle, to live to con another day.

“Law and order” are words that sit uneasily in the mouth of a serial fraudster who delights in nothing more than sowing chaos. Reading Mr. Trump’s tweets in the current crisis (“when the looting starts, the shooting starts”) or watching him invoke the aid of the military (“we have one beautiful law”), the impression left is of someone deliberately stoking the flames, not for any good it would do the country or even out of any rational calculation of self-interest, but just for the adolescent thrill of it.

In any other leader, that would be an overstatement. The temptation is to think the same of him. Even after dozens of similar outrages on Mr. Trump’s part, the brain rebels at grasping the fullness of his depravity. There is an irresistible urge to normalize, to compare him with some past president who was also crooked, or also amateurish, or also ignorant, or also reckless or bigoted or even crazy. But no previous president was all of these things and more.

Indeed, the sheer scale of his misdeeds lowers expectations to his own deviant standard, allowing him to be graded on his own ever-sliding curve. Call him out on each, and you risk being derided as obsessive, or partisan. Reserve judgment for his worst, and you give him what amounts to a volume discount.

And we have yet to see his worst. As the carnage mounts, as our senses dull, so grows Mr. Trump’s need to increase the dose, to stir up fresh outrage. Terrible as this past week has been, I fear darker days are to come. 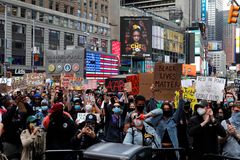 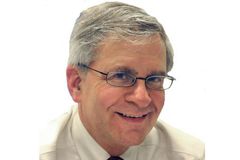