As he took the stage to thunderous applause at the last Democratic National Convention in 2016, it was as if Bill Clinton did not hold the ignominious title of the lone impeached president of the 20th century. Nearly two decades earlier, the House of Representatives had voted to impeach Mr. Clinton on charges of perjury and obstruction of justice after he had an affair with a 22-year-old intern and tried to cover it up.

But the contempt that should have come with the infamous designation never really stuck to Mr. Clinton – even back then. His approval numbers actually improved dramatically after he was impeached in the House, by which time the public had tired of what it saw as a prolonged and unrelenting partisan attack. Mr. Clinton survived a Senate trial and completed his second presidential term, moving on to a post-White House career that somehow relegated “impeached president” to a biographical footnote. To adoring crowds that have greeted him ever since, Mr. Clinton is a renowned author, a prolific public speaker, a generous philanthropist and inspiring leader – although somewhere underneath all of that, he is a historic disgrace, too.

Impeachment is supposed to be the most significant dishonour that can befall a president: a charge that the head of state and government committed “high crimes and misdemeanours” in an ultimate betrayal of his role and country. On Wednesday evening, U.S. President Donald Trump became only the third person in the history of the United States to earn the designation, after allegations he withheld congressionally approved aid to Ukraine in order to put pressure on President Volodymyr Zelensky to investigate his political rival, Joe Biden.

The vote was at once a monumental event, while at the same time, constructively hollow. It broke down nearly entirely along partisan lines, with only three Democrats voting against one or both articles of impeachment and every Republican voting “no.” The impeachment of Mr. Clinton was similarly (although less severely) partisan, with five Democrats breaking ranks on both articles, and a dozen Republicans voting against at least one. Compared with the near-impeachment of president Richard Nixon, who eventually lost the support of Republicans on the judiciary committee, the impeachments of both Mr. Trump and Mr. Clinton can be easily dismissed as partisan endeavours, regardless of their merits.

In Mr. Nixon’s case, the combination of irrefutable evidence and Republican capitulation gave the American people permission to favour impeachment by a clear majority by the time the president resigned. But 45 years later, with Mr. Trump now formally impeached, there is nothing in the realm of Republican capitulation, and the notion of “irrefutable evidence” hardly even exists. Although the readout of the call between Mr. Trump and Mr. Zelensky – along with witness testimony, phone records and evidence the President ordered executive branch and other government officials to defy subpoenas – all seem to confirm the President abused his office, Mr. Trump’s power as a leader has long been his ability to look at a dog, call it a cat and have his legions of blind supporters start making meowing noises.

Impeachment might be a blight for Mr. Trump, but it won’t be a roadblock in any meaningful sense. Senate Majority Leader Mitch McConnell has already dismissed the notion of a fair Senate trial, declaring that he is “not an impartial juror” ahead of the proceedings that are supposed to impartially decide Mr. Trump’s fate. Mr. Trump is almost certain to remain in office (barring any significant change), which could make him the first President in U.S. history to be impeached and run for re-election. He might even win, using this Democratic “witch hunt” as his rallying cry.

To have an impeached President run for re-election exposes the paradox that is the impeachment process. It is one of the ultimate safeguards of American democracy, but absent a conviction, it is essentially just a symbol – a censure – and one that, with Mr. Trump in particular, could end up meaning practically nothing. It is just one of the ways the Trump presidency has exposed the frailties of the American democratic system, which loses many of its checks and balances when partisan members of Congress and Senate see their political fate as utterly dependent on a President’s approval.

In a hypothetical scenario where impeachment is viewed as a bipartisan exercise – where Senate outcomes aren’t predetermined and votes are cast on conscience, not party lines – it would mean something profound to be among the few impeached presidents. But in this political space, and particularly in this era of misinformation, it is little more than a gesture, a symbol and a reputational blot. One bound for a footnote on a political biography. 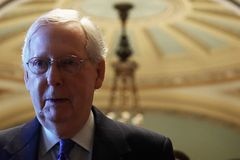 Opinion
It’s only impeachment-lite, but to Donald Trump, it’s a stain on his legacy
December 19, 2019 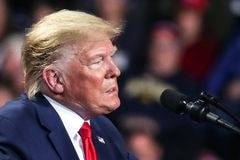 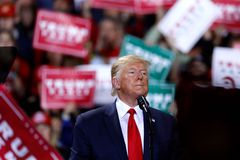