Allegations that Donald Trump tried to dangle nearly US$400-million in military aid to Ukraine in exchange for dirt on a political opponent are still almost impossible to comprehend.

Now a July call between the U.S. President and Ukrainian President Volodymyr Zelensky is headlining the inquiry of impeachment before the U.S. Congress.

Whether Mr. Zelensky and Ukraine like it or not, they are in the centre of a swirling firestorm. As a fresh political drama gets under way in Washington, new names from Ukraine are being added to the script – including the disgraced former Prosecutor General, Yuriy Lutsenko, who said he has met Mr. Trump’s personal lawyer twice in person, and former boxing champion and now Kyiv Mayor, Vitali Klitschko. What both have in common is that they seem to crave publicity, especially in overseas mainstream media.

Wednesday and Thursday, Ukraine will be thrust further into the spotlight as the highly respected former U.S. ambassador to Ukraine – career diplomat Marie Yovanovitch – and the U.S. special representative for Ukraine negotiations, Kurt Volker, testify before the inquiry hearings. And there’s no sign of this going away, with Mr. Trump tweeting that the “congratulatory phone call with the Ukrainian President was PERFECT.”

Mr. Zelensky has said he would like to stay out of the controversy, indirectly – and probably unintentionally – backing Mr. Trump by saying that no one pressured him to dig up dirt on a political opponent.

The Ukranian President will have to invoke a solid crisis plan in order to prevent himself – and Ukraine – from ending up as collateral damage in this scandal. But that task is complicated by the fact that Mr. Zelensky is without an ambassador in Washington after having recalled the previous envoy, who was close to former Ukraine President Petro Poroshenko.

Even before the transcript of the July phone call was released, the dominoes from the scandal were already falling. First‚ with Mr.Trump’s recall of Ms. Yovanovitch, followed by the resignation of Mr. Volker.

The departure of Mr. Volker, a former U.S. ambassador to NATO, could trigger the even larger consequence of setting back the peace process in Ukraine. A respected and recognized face at many conferences in Ukraine, Mr. Volker would have been a central figure in the upcoming “Normandy format” peace summit that was proposed by French President Emmanuel Macron during the G7 summit. Planning for the summit appears to have reached a roadblock as representatives of France, Germany, Ukraine and Russia squabble over the wording of a final agreement. The summit’s aim was to end a conflict that has claimed more than 13,000 lives, caused billions of dollars of damage and displaced millions.

Mr. Volker also acted as a trusted back channel to Ukrainian officials who were trying to navigate conflicting messages out of Washington. But with the Ukraine-U.S. relationship becoming such a mess under Mr. Trump’s tantrum diplomacy, Mr. Volker probably no longer wished to front for it or fix it from the inside.

It gets worse. It now seems that every time Mr. Trump or his cronies mention the word “Ukraine,” the word “corruption” is attached. The cumulative effect is that Ukraine will be seen as a corrupt cesspool, or worse, a failed state – and that’s a narrative that tends to send Champagne corks popping in the Kremlin.

Taken together, the loss of some key figures involved in the peace process and the negative narrative developing on Ukraine produce significant gains for Russian President Vladimir Putin, who thrives on chaos and disunity. The timing is terrible for Ukraine, just as it seemed on the precipice of achieving peace in the east.

With the situation developing and changing course on a daily basis, it is impossible to predict with any degree of certainty how it might further impact on the relatively new administration of Mr. Zelensky.

One thing is for sure: Now that impeachment inquiry hearings are underway, the chances of Mr. Zelensky achieving his coveted White House meeting with Mr. Trump are almost nil. My advice to the Ukrainian President: After dissing them in the phone transcript with Mr. Trump, launch immediate damage control with your European allies – primarily France and Germany. A high level visit to Paris and Berlin would send the signal that Kyiv regards both countries as valued and trusted friends. It would also emphasize that, with or without a friend in the White House, Ukraine will continue to pursue a foreign policy that prioritizes stability and security.

At this moment of fragility, it is crucially important that the Zelensky administration stick to the path of Euro-integration, cultivate trusted friends and launch a crisis communications plan that will counter the swirling negative publicity about Ukraine. 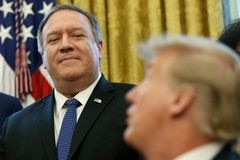 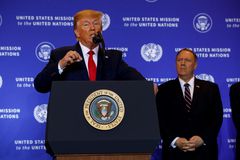 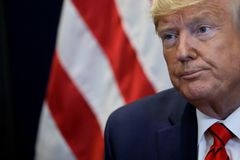 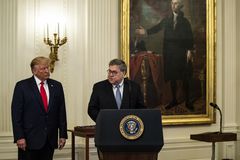