Pierre Desrochers and Joanna Szurmak
Contributed to The Globe and Mail
Published May 5, 2019 Updated May 5, 2019

Pierre Desrochers is associate professor of geography at the University of Toronto Mississauga. Joanna Szurmak is a doctoral candidate in the program in science and technology studies at York University. They are the co-authors of Population Bombed!: Exploding the Link Between Overpopulation and Climate Change, which was shortlisted for the 2019 Donner Prize.

Many activists’ and policy-makers’ wish to regulate or tax away fossil fuels is ultimately based on the belief that environmental impact is correlated with both increasing population numbers and economic development. In other words, the more of us there are, and the richer we are, the greater our environmental impact must be. Conversely, the fewer of us there are and the poorer (and more energy-starved) we are, the better the environment will be.

That line of thinking, however, ignores the empirical data and casual observation that tells us that the exact opposite is true. The notion that billions of us might exist on this planet is actually entirely contingent on the widespread use of fossil fuels; they have enabled humanity to grow by creating a civilization increasingly decoupled from resources found above the ground and increasingly better able to provide energy sources higher up on the energy ladder.

For starters, fossil fuels have actually played a positive and crucial public-health and environmental role in the last two centuries, inspiring productive population growth. For instance, city work horses, as well as their excrement and carcasses, were a source of deadly diseases such as typhoid fever, yellow fever, cholera and diphtheria. Horse-feeding requirements commanded more than a fifth of America’s agricultural land. The replacement of horses by cars and trucks powered by petroleum products thus made much agricultural land available for other uses and dramatically improved public health. Kerosene, heavy oil and later natural gas has also displaced poor-quality biomass fuels that filled houses with soot, particulates, carbon monoxide and toxic chemicals.

Increased fossil fuel use also made possible significant advances in sanitizing drinking water and removing and treating sewage, through the construction of the water infrastructure and the powering of treatment plants. Rivers and lakes in developed economies are cleaner than they have been in decades, while current complaints about increasing quantities of plastic trash finding its way into our oceans ignores the fact that much of it can be traced back to just 10 Asian and African rivers. In advanced economies, too, the forest cover has rebounded significantly over the last century. Cities where the infrastructure was dominated by coal burning, (real) horse power and poorly developed sewage infrastructure are incomparably better off today.

And humanity’s increased reliance on resources extracted from below the Earth’s surface has helped preserve and promote life forms on the surface. At first, coal and later crude oil and natural-gas-based synthetic products displaced many of the agricultural resources that were once cultivated, harvested or hunted for industrial uses, such as whales, woollen or fur-skinned animals and plants.

Increased availability of atmospheric carbon dioxide has also contributed positively to the efficiency of photosynthesis, hence to greater plant growth and to increased agricultural productivity.

Economist and chemist Colin Clark observed the benefits of population growth for pollution problems in his 1973 book The Myth of Over-Population: “It is our handling, or rather mishandling of sewage and industrial wastes, which causes pollution. If population growth stopped, but present industrial practices continued, pollution would continue. The converse is also true. An increasing population, with proper organization of waste treatment, could be quite free from pollution.” The same can be said of agricultural practices and soil erosion (for instance, slash-and-burn agriculture as opposed to modern no-tillage practices), and a high standard of living allows people to attach increasing value to environmental amenities, which in turn leads to more stringent environmental standards, the development of technologies to meet them and the regulatory machinery to actually enforce them. And thanks to fossil-fuel-driven technological infrastructure, more people can live in greater prosperity than ever before.

Certainly, carbon fuels created problems along the way, from urban smog to increased greenhouse-gas emissions. But we shouldn’t ignore that they’ve also powered innumerable solutions. An outright ban or a drastic reduction in fossil-fuel use until a successful energy infrastructure emerges to replace it will negatively affect both our environment and our very health.

Population growth, then, is a good thing, and not a bogeyman. Indeed, as the authors of a recent summary on world population growth concluded, the current large population “gives reasons to hope for a good future. This is because we have a bigger team of better-educated people who can contribute to the solutions that improve global well-being.” The more humans there are, the higher humanity’s chances of resolving climate change. Let’s get the odds in our favour. 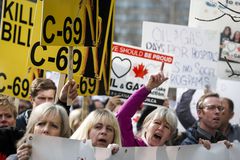 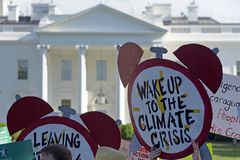 Opinion
Both Alberta and B.C. will be losers if the pipeline squabble escalates
Subscriber content
May 3, 2019 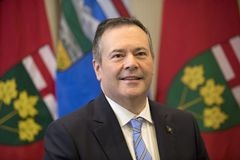