Flannery Dean is a writer and editor based in Hamilton, Ont.

The audience gave him a standing ovation – before he’d even opened his mouth to speak.

To many, his impromptu set (and that curious ovation from the audience – what were they applauding?) felt akin to a hostile act – a strike to reclaim cultural status he lost through his own conduct. Others felt differently. On Twitter, comedian Michael Ian Black framed his return as a necessary step forward.

“… People have to be allowed to serve their time and move on with their lives,” Mr. Black tweeted. “I don’t know if it’s been long enough, or his career will recover, or if people will have him back, but I’m happy to see him try.”

The fact that Louis C.K. hasn’t served time but rather "only took the summer off” as one woman quipped on Twitter, seems lost. Taking mansplaining to parodic heights, Mr. Black later went on to frame the redemption of male abusers as work that the #MeToo movement should be undertaking.

“The #metoo movement is incredibly powerful and important and vital. One next step, among many steps, has to be figuring out a way for the men who are caught up in it to find redemption.”

To implicitly characterize #MeToo as something like a net that men “get caught up in” is just another example of the bizzaro man-centric worldview in which women and girls have always had to abide and endure.

What those who mistakenly reframe #MeToo won’t acknowledge is that they’re just circling the drain, clinging to the hope that a healthy society will magically bloom out of a clearly rotten status quo.

After finally blowing the lid off of an epidemic of sexual abuse, are we really supposed to focus our energy on figuring out how to shelter abusers from consequence? Moreover, are we to take on this Sisyphean labour even if the abusive personality has thus far shown little significant remorse or understanding? If they assumed the next step was to stroll on stage and crack wise about waitresses’s tips?

Why wouldn’t the urgent concern be with the victims and preventing further victimization? Wouldn’t the next, natural step be taking on the eternally delayed work of establishing a just and equitable society for everyone?

If Mr. Black was fighting to protect his reproductive rights, for bodily autonomy, for the right to be paid equitably and to work in environments free of discrimination – in addition to bearing the burden of an epidemic of systemic sexual abuse – it’s likely he might not have the mental space to be worrying about how Louis C.K. gets to be famous again. If women didn’t have to fight for these basic human rights – which are still under debate – but rather possessed them without question as men do, perhaps we wouldn’t be so distressed when we hear that Louis C.K. or Matt Lauer or Charlie Rose aim to reactivate their careers. We might just shrug and say, “good luck, schmuck.”

Redemption-without-contrition fantasies and distress about celebrity transgressors making comebacks share some commonality, however. Both are rooted in collective anxiety about men who abuse their power and our systems for dealing with them. The anxiety is warranted. We do a terrible job of dealing with abusive men, especially when they’re rich and famous – more often than not, we’ve chosen to protect their success with our silence – and we rarely address the real-world factors that allow them to thrive. Rather than look to our habits, our history, police, the criminal-justice system or the structure of society, some choose to look up. To find God and invoke ideas of grace and redemption.

Many get quasi-religious in the face of the real work of addressing abuse. It’s easier than dismantling a culture that elevates abusers, or in the cases of Harvey Weinstein and Louis C.K. and Bill Cosby, one that elevates them in the cultural zeitgeist. One need only look to the Catholic Church to see how religious notions of redemption and absolution work in tackling systemic abuse.

So, make your comebacks, guys. Strive to be famous rather than good. Count on the twin powers of celebrity and male success to trump ethical concerns about the way you live in the world of women. But do it with the full knowledge that whether you like it or not, for a vast majority of women there’s no going back. And the next step? That’s ours to take.

What’s a museum to do? The art and conscience of Egon Schiele in the #MeToo era
March 28, 2018 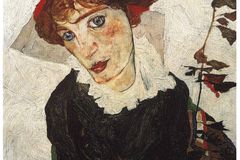 As Hollywood chases Oscars, it rushes to erase its own alleged villains
February 28, 2018 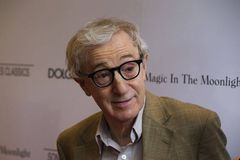 Opinion
This messy #MeToo moment
August 31, 2018
Follow us on Twitter @globedebate Opens in a new window
Report an error
Due to technical reasons, we have temporarily removed commenting from our articles. We hope to have this fixed soon. Thank you for your patience. If you are looking to give feedback on our new site, please send it along to feedback@globeandmail.com. If you want to write a letter to the editor, please forward to letters@globeandmail.com.
Comments