When it comes to Canada’s national pastimes, a few clichés come to mind. But one is most certainly this: Canadians love debating energy. We love debating the oil sands in Alberta, the cost of electricity in Ontario, the prospect of liquefied natural gas off the coast of British Columbia. And pipelines – boy, do we love debating pipelines.

But the energy conversations we have as a country are shaped by what we witness, by what politicians fight over, by what makes the news. Reality paints a fuller picture of energy in Canada. But when “energy” is used as a proxy for oil and gas, it’s easy to forget that anything else exists. And with that oil-and-gas sector shedding jobs in recent years – making headlines and setting the stage for Alberta’s recent election – that can breed fear about jobs in a new economy that feels distant.

But here’s the thing: Oil and gas have never really defined Canada’s economy. Crude oil, for example, accounted for just 2.6 per cent of Canada’s GDP as of 2017. And that new economy? It’s already here.

Partnering with Navius Research, Clean Energy Canada did a deep dive into our country’s clean-energy sector, compiling government and industry databases, sourcing financial statements and surveying businesses. Through that report, we found that Canada’s clean-energy sector employed 298,000 Canadians as of 2017. That sector includes companies and jobs that help cut carbon pollution, whether by creating clean energy, helping move it, reducing energy consumption, or making low-carbon technologies. And it has been growing in value by 4.8 per cent a year since 2010, significantly faster than the rest of the Canadian economy (3.6 per cent).

Indeed, perception of the sector may be a victim of its own diversity. It spans industries – electricity, efficient buildings, clean vehicles – and unlike some sectors, such as auto manufacturing in Ontario, clean energy is spread across the country. It isn’t tied to the regional identity of any one province. It isn’t just Ontario’s thing, or Quebec’s thing, or B.C.’s thing. It’s a Canadian thing.

But it does break down differently, depending where you look. In Ontario, many of these jobs provide clean electricity through companies such as Alectra Utilities, which also operates an electric-car-charging network and energy-efficiency programs. In Quebec, many are in hydroelectricity. In Manitoba, many come from manufacturing buses – increasingly, electric buses, as Winnipeg-based New Flyer, North America’s largest bus manufacturer, transitions for a fast-approaching future.

In most cases, however, the clean-energy sector isn’t new so much as it is unaccounted for and uncommunicated. Working on a hydro dam, making a home more energy-efficient and driving a pollution-cutting bus aren’t unfamiliar jobs, but they can feel that way.

Some jobs are new, though – jobs that just didn’t exist in the nineties – and they’re helping drive the sector’s strong growth. And they’re not just jobs for young Canadians wondering where to begin their careers, but also for those with decades of relevant energy experience. Retraining programs can help make this an inclusive transition.

Consider that a decade ago, wind and solar power were often regarded as expensive and inconsistent sources of electricity. Electric vehicles were more idea than reality. But with investment and rapid advances in technology, renewables are producing more power than ever and fetching record-low prices, while electric cars are now on a clear course to take over Canadian roads. Meanwhile, smart-energy systems can be found in almost all newly constructed residential and commercial buildings. Clean energy and the technologies to use it efficiently have become accessible to everyday Canadians.

In other words, the picture has changed, and we’re missing a big piece of it.

As climate change costs us more and more each decade, and as Canada finds its place in a transitioning global economy that’s shifting away from fossil fuels, we need to understand our clean-energy sector. We need to understand what it looks like, where the jobs are, how it’s doing, and its opportunities.

The clean-energy sector is already our present, but it’s bound to be even more of our future. And if it remains undiscussed by politicians and the media, then Canadians can hardly be blamed for not recognizing the clean-energy opportunities in their midst, and fearing the worst. That’s a problem in need of a solution. 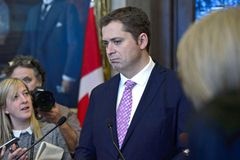 Investing for social impact is complicated. Here are 4 ways to simplify it.
May 3, 2019 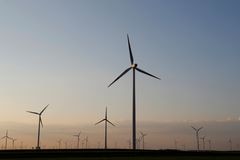