Kelly Cryderman
Published May 28, 2021 Updated May 28, 2021
For Subscribers
Comments
Text Size
Please log in to listen to this story. Also available in French and Mandarin. Log In Create Free Account

For those who ridiculed Ohio Governor Mike DeWine’s US$1-million vaccine lottery earlier this month – as crass or a waste of public dollars – the Republican stalwart is having the last laugh.

After demand for vaccinations plummeted in his state in mid-April, Mr. DeWine said his administration brainstormed about how to restart momentum and get enough people vaccinated to stop the virus from spreading once again.

It has been just two weeks since he announced his Vax-a-Million scheme, in which vaccinated Ohioans get the chance at a US$1-million draw every week for five weeks, and those under 18 years old get a chance at a full college scholarship. The Governor says the costs of the contest are far outweighed by the benefits to public health and the economy. He said it has generated millions of dollars in free publicity, created new excitement around vaccines, and prompted a dramatic increase in uptake – significantly among teenagers and in rural areas.

Now, copycat contests designed to lure vaccine-reluctant Americans are popping up across the country. California, where 12 million people who are eligible for COVID-19 vaccines have not got a single shot, on Thursday announced prizes totaling US$116.5-million.

Vaccine keeners in the United States got their first and second shots weeks ago – and demand hit a wall in many parts of the country, prompting the big prizes. (And the U.S. prize systems appear to be mostly open to whoever got the vaccine, past and present, in a nod to fairness.)

What does any of this have to do with us? Canada is nearing the point where dwindling demand for vaccination could become more of an issue than having enough supply, and persuading the unvaccinated to get a (first) shot will take on increasing importance.

Already, businesses big and small are offering free stuff, or discounts, for those willing to show off their vaccinations (a personal favourite: a free can of blonde ale for walk-ups with a vaccine certificate at Calgary’s Cold Garden brewery). But that private-sector pandemic-era marketing could be the thin end of the wedge.

In the weeks ahead, look for government incentives – probably smaller than million-dollar jackpots – to become a thing here as a way to get a high percentage of the population vaccinated. Incentives might be gimmicky, but it’s possible for them to be good-gimmicky.

While dealing with a crushing third pandemic wave, Manitoba was the first Canadian government to openly mull a vaccine-prize system this month. The province is polling Manitobans on how to get more people vaccinated, and how they feel about the government offering gifts to the vaccine-hesitant ranging from grocery-store gift cards to $100 cash.

Saskatchewan Premier Scott Moe rejected the idea for his province this week, saying that being less likely to end up in an ICU with COVID-19 should be the incentive. But Alberta Premier Jason Kenney said while the province is focused on a vaccine marketing campaign and temporary clinics to boost the vaccination numbers right now, he has asked health officials to look into “creative incentives” for when demand for first shots drops.

“Eventually, we’ll get into a game of inches, and maybe incentives like that will be helpful,” Mr. Kenney said on Friday.

Most people believe, as Mr. Moe does, the reason to get vaccinated quickly is blindingly obvious – for each person to significantly reduce their risk of becoming very sick, and for the communal good in slowing the spread. On the other side, a minority are unlikely to ever get a shot, many of them still skeptical of the seriousness of COVID-19 or the safety of vaccines.

But others are open to persuasion. They include those preoccupied with work or personal struggles, those waiting for more long-term results on vaccines, or the young and indifferent.

Canada doesn’t have as many vaccine-averse people as south of the border. But some of our problems are similar. Rural residents and lower-income Canadians have been more hesitant. Conspiracy theories about vaccines have travelled everywhere.

It’s perhaps lamentable, but true: Being offered a gift or a very small chance of winning a big prize might make them think again.

Of course, incentives have downsides. U.S. public-health researchers Kevin Volpp and Carolyn Cannuscio looked at the implications in a paper this week in the New England Journal of Medicine. Among the potential negatives, the paper noted that contests might signal to some people that vaccines are somehow untrustworthy, creating a backlash. Booster shots are a likely future requirement to keep COVID-19 at bay, and “offering incentives now may set a costly and undesirable precedent.”

In an interview, Dr. Cannuscio lamented the U.S. cultural lurch toward an individualistic outlook so strong it requires a reward for some people to get vaccinated. But the social epidemiologist at the University of Pennsylvania also suggested that to meet the needs of public health, you sometimes have to go where people are. She remains open to the possibility that government-sponsored lotteries could be a good thing if they persuade people to get up and go.

Separately, she praised a program at the Talladega Superspeedway this month that allowed NASCAR fans to drive two laps with their own vehicles if they came to the track for a COVID-19 vaccination or test. 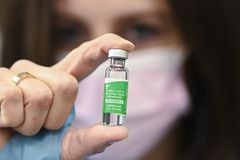 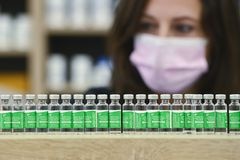