Justin Ling is a freelance journalist covering politics and policy from Toronto.

Those are not options for Canada’s inmates. Inside this country’s prisons, quarters are tight, sanitation is poor and health care is woefully inadequate. They are an outbreak waiting to happen.

The risk is enormous. There are almost 40,000 incarcerated Canadians on any given day. Of the federal inmate population, more than a quarter are 50 or older, and roughly 15 per cent report hypertension or respiratory illness – meaning COVID-19 poses a high risk for a significant number of inmates.

Infectious diseases are already prevalent. Almost a third of all prison inmates have hepatitis C. About 5 per cent are HIV-positive. Recent estimates say 15 per cent have tuberculosis. A highly infectious virus like the one that causes COVID-19 could spread incredibly fast.

Access to health care inside Canada’s penitentiaries is spotty. A 2014 audit found “unmet standards of infection prevention and control.” Provincial jails often have paltry health-care services. A 2018 report by the John Howard Society on the state of Ontario’s prisons concluded: “Correctional facilities are not equipped to provide consistent, equitable, or high-quality health care.”

The Correctional Service of Canada says its health-care services are prepared to handle COVID-19. “Symptomatic individuals meeting public health criteria will be tested, provided with immediate clinical interventions as required, and CSC will contact local public health,” a spokesperson said.

The union of correctional workers has pushed the Correctional Service to screen all visitors, expand access to properly fitted N95 masks for staff and draft contingency plans in case an outbreak does occur. Some facilities are even blocking lawyers from meeting with their clients, while some courthouses are banning jury trials.

But those measures may not be enough. Prisons, by their very nature, see a huge number of people come and go every day.

Jennifer Metcalfe, the executive director of Prisoners’ Legal Services in B.C., says she has already heard from inmates in provincial jails – including one with a respiratory illness – concerned that they are being given inadequate information. Measures to reduce the risk of transmission may have ramifications for the mental health of inmates. Time at the gym has been curtailed. Volunteers are being denied visits. “We are concerned that people might not be getting much meaningful human contact with community members,” she said.

The Correctional Service confirmed that a prison-wide quarantine could be implemented. That could be a disaster. As the world saw with a pair of cruise ships struck with the novel coronavirus, containment is difficult in a confined space.

While it sounds radical, it’s not.

Obviously prisons should not be releasing serial killers and those who pose a threat to the public, but only about a quarter of inmates are incarcerated for violent offences, according to 2011 Statistics Canada data. More recent statistics back up that number for youth in the correctional system.

Roughly half of those being held in provincial and territorial jails are there awaiting trial, often stuck there as a court tries to schedule a hearing or because they cannot afford bail. Many are being held on immigration matters.

If things get worse – when they get worse – inmates won’t be happy to sit idly by in a crowded, dirty facility with sub-par health care. As the virus swept through Italy, prison riots broke out. Amid an attempted break from a facility in the northern city of Modena, six inmates were killed in the chaos.

Obviously institutions cannot be emptied entirely. But fewer inmates means fewer vectors for transmission and lower risk for corrections staff. It also means facilities will require fewer resources, allowing them to prioritize the institutions that need them most.

Public Safety Minister Bill Blair’s office did not respond to questions about releasing inmates, but the Correctional Service said “release decisions will be based on public safety considerations” and all decisions “will adjust as the situation evolves.”

As a matter of human rights and cost, Canada incarcerates too many people in normal times. In a pandemic, jailing anyone more than necessary for public safety and the administration of justice is absolutely dangerous.

Ontario has taken some modest steps to reduce incarceration. The government announced Friday that it would be giving low-risk inmates, who serve time only on weekends, a pass to return home instead of spending time in prison. It’s a good start, but it’s not enough.

Canada must do everything that can be done to stop the coronavirus. Time is running out
March 15, 2020 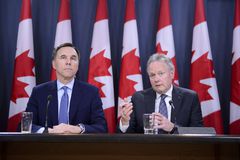