Glenn McGillivray is the managing director of the Institute for Catastrophic Loss Reduction and an adjunct professor in York University’s Disaster & Emergency Management graduate program.

British Columbia has an opportunity to reduce the effect of natural gas-related explosions and fires when a major earthquake inevitably happens in the Lower Mainland. But that window is about to be slammed shut – unless we act soon.

I recall checking a major U.S. news website on Oct. 27, 2012, to see how things were going with Hurricane Sandy. The massive storm was due to hit the New York/New Jersey area the next day or two. I nearly fell off my chair when the web page loaded a huge headline: “Japan on tsunami alert as massive earthquake strikes off Canada.”

It wasn’t. It turned out to be a magnitude 7.7 quake – huge, to be sure, but not the large B.C. megathrust earthquake also known as the Big One. It was merely a dress rehearsal for the larger, far more devastating earthquake that will occur at some point, maybe soon.

Researchers have determined that the potential for the Big One is one in three in the next 50 years. Other, less powerful earthquakes located closer to the cities of Vancouver and Victoria are even likelier to occur, and in many ways these are more disconcerting because of their proximities to major population centres.

What’s more, new research completed by Natural Resources Canada and the Geological Survey of Canada indicates that the risk of damage from a large West Coast earthquake is far greater than first thought. Using a new-generation “shake model” and other data, researchers have found that damage from a one-in-500-year earthquake – a very large event that has a 0.2 per cent probability of occurring each year – would be 36 per cent worse than originally believed.

The bottom line is that a very large earthquake under or near the Lower Mainland of B.C. would result in unprecedented loss and damage for the area. But damage from shaking is only one effect of a large earthquake.

A major study released last November by the Institute for Catastrophic Loss Reduction (ICLR) found that more than $10-billion in fire damage could result following a severe earthquake in the Lower Mainland area. The report was prepared by Charles Scawthorn, a leading international authority on managing the risk of fire following an earthquake; Dr. Scawthorn has produced similar studies assessing fire following earthquake risk for the cities of San Francisco, Los Angeles, Tokyo and Montreal.

While $10-billion is a big number, the upside is that losses could be reduced significantly through investments in mitigation measures, foremost of which is the inclusion of seismic shut-off valves in all gas meters in the Lower Mainland.

The timing of the report couldn’t have been better. FortisBC, the main provider of natural gas in the Lower Mainland, has revealed plans to apply to the province’s utilities regulator to upgrade meters in its service area to Smart Meters. The new devices will allow FortisBC to measure customer gas use over a wireless network.

Incorporating seismic shut-off capability in these advanced meters to reduce the risk of fire and/or gas-related explosions would be a no-brainer. These valves would immediately shut off the supply of natural gas to a structure in the event of an earthquake, preventing gas flow where damage may have occurred.

In Japan, residential natural gas meters are mandatory, and are equipped with inexpensive microcomputers that will shut off gas flow during an earthquake of a minimum intensity. Once it has been determined that gas pipes have not been compromised and there are no leaks, homeowners can turn their gas back on using a simple reset button. There is no need to secure the services of a gasfitter or to call in gas utility personnel.

This approach would work well in at-risk earthquake zones in British Columbia. Along with minimizing the potential for large post-quake urban conflagrations, seismic gas shut-off valves would dramatically reduce the need for response by Lower Mainland fire agencies, which will already be stretched to the limits after a large quake.

FortisBC has yet to deliver its Smart Meter plan to the British Columbia Utilities Commission. There is still plenty of time to incorporate seismic shut-off capability at low cost into the next generation of gas meters in the Lower Mainland. It would be the truly smart thing to do. 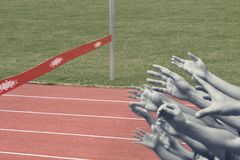 Opinion
Failure is not an option for Canada’s next generation of energy leaders
March 26, 2021 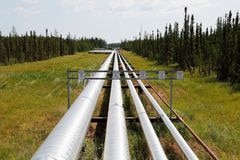 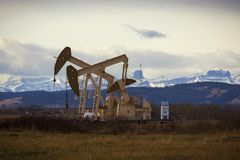