Robert I. Rotberg was the Fulbright Distinguished Professor of International Relations at the University of Sao Paulo (2016-2017) and at Carleton University and the University of Waterloo (2012-2013). His latest book is The Corruption Cure

Brazil’s jailing of its beloved former president Luiz Inacio Lula da Silva on Saturday sent a strong signal to all of Latin America that the era of political impunity was over. Some presidents in Brazil and other South American countries have been impeached, but very few politicians have previously been sent to prison, and none as popular as Lula (as he is widely known in Brazil). His conviction and imprisonment will also prevent him from running for the national presidency later this year despite a large lead in opinion polls.

The actual crimes committed by the ex-president are rather prosaic, but they belie a vast corrupt conspiracy of which he is asserted to be the head. According to the judgment of a federal court in Parana State, a massive construction firm gave Lula an opulent seaside apartment in exchange for potentially lucrative contracting privileges in Brazil and overseas in Angola. Sentenced in Parana by crusading judge Sergio Moro to nine years in prison, an appeals court upheld and extended the sentence to 12 years, and the Brazilian Supreme Court last week said that Lula must start serving his sentence immediately.

For well-placed politicians, when and if there are the rare prosecutions of and convictions for corruption, the usual practice in Brazil has been to let appeals of sentences wend their way through the courts, often for years, until – in many cases – a dozen years passed and a statute of limitations kicked in to prevent further prosecution. The Brazilian Supreme Court is alleged to have a backlog of 30,000 or more cases of all kinds.

Judge Moro and his counterparts in the upper courts sought successfully to break that common pattern, using the punishment of Lula as prime example of effective deterrence. Previously, and especially in Brazil, political corruption has been common, largely tolerated or assumed by the public, and infrequently prosecuted with the vigour exhibited since 2014.

More than 165 politicians and corporate executives have been jailed and fined for corruption in Parana and in other courts as a part of the still unfolding and lavish Lava Jato, or Car Wash, case. In 2014, the police pursued a money-laundering episode that occurred in a petrol station’s car-wash establishment. Arrests there led to the discovery of about US$800-million in illicit payments made in Brazil and throughout Latin America by the Odebrecht construction company to secure contracts from Petrobras, the big state-owned Brazilian petroleum company, and to buy influence in a dozen other South and Central American nations. Parts of the payments that Odebrecht delivered to the executives of Petrobras were in turn kicked back to the Brazilian politicians to whom the executives owed their appointments. Some of this “free cash” also helped fund political parties and election campaigns.

Odebrecht’s largesse, and its uncovering by Judge Moro and others, has led to Lula’s downfall, the jailing of the former speaker of the Brazilian Congress, resignation of the most recent president of Peru and the incarceration of a number of Odebrecht bosses. Odebrecht funds were widely distributed in Bolivia, Guatemala, Mexico, Venezuela and other Latin American countries.

Judge Moro asserts that Lula is a kingpin. In addition to his still acclaimed presidency of Brazil from 2003 to 2011, he allowed (say the courts) the Car Wash scam to cascade toward a crescendo of malfeasance. Without his implicit and possibly explicit approval, the Car Wash events would have developed with a lesser force. Indeed, despite his imprisonment, Lula faces seven more trials on various charges of corruption. Judge Moro’s opinion says that Lula breached the public trust to secure personal gains and emoluments for himself, his Workers’ Party, and his cronies.

Except possibly for Chile, Costa Rica and Uruguay, Latin America is awash with corrupt behaviour. Corporations bribe politicians and officials routinely, and very few lucrative contracts for bridges, dams, roads or other infrastructural improvements are secured without stuffed envelopes passing from hand to hand. Or there may be deposits in overseas bank accounts, inviting travel opportunities and enticing vacations.

Lula’s jailing, even more than his conviction, sends a powerful signal that will reverberate throughout Brazil and the continent. No longer can politicians presume that slaps on the wrist, perhaps some fines and, very rarely, a short stint in prison are the most that they can or should expect to suffer from serious abuses of the public trust. 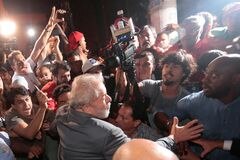 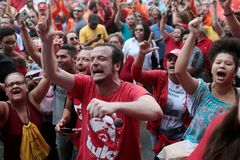