A flurry of media attention greeted the release earlier this month of new clinical guidelines for treating “obesity.” Dubbed a “paradigm shift,” these guidelines are summarized and published in the Canadian Medical Association Journal. The authors elaborate on the guidelines on the website of Obesity Canada, which oversaw this project with the Canadian Association of Bariatric Physicians and Surgeons.

Calling on health care workers and policy-makers to address weight bias and stigma – what others call fatphobia – the authors make five key recommendations, including asking permission “to offer advice and help treat this disease in an unbiased manner,” and assisting a patient with “identifying the root causes, complications and barriers to obesity treatment.”

So, what is wrong with tackling bias and stigma? After all, many support efforts to counter stigma and fatphobia in society and especially in health care institutions.

The trouble with the guidelines – and other efforts to encourage so-called “healthy living” – is that they seek to sensitize others to the dangers of stigma but cling to a model that pathologizes obesity as a disease. While the authors acknowledge that the body mass index (BMI) is a poor measure of health, they still circle back to weight loss or bariatric surgery as possible “treatments.” So obesity may be complex, but it is still seen as a disease that can be managed medically.

Many scientists, scholars and fat activists alike reject the notion that their bodies are diseased, and encourage us to see fatness as a healthy form of bodily diversity. They use the term “fat” deliberately to reclaim a word that has been used to harm people.

Many obesity researchers steer clear of the term fat, preferring people-first language such as “person living with obesity,” which they say humanizes fat people. But were fat people not quite human in the first place? People-first language is not somehow instantly empowering. Some communities reject it because it distances the person from their identity. For instance, saying “disabled person” can be seen as less pathologizing than “person with a disability.” And disability communities can teach all of us a thing or two about having your humanity called into question.

Fat people are not the only victims of hatred and discrimination, of course. The structures and systems that devalue fat bodies are linked to other forms of oppression rooted in race, gender and ability. There is much to learn, for instance, from connecting the dots between fat oppression and racism.

In her recent book, Fearing the Black Body: The Racial Origins of Fat Phobia, author Sabrina Strings explains how fatphobia is rooted in white supremacy, arguing that “the slender ideal and fat phobia are not distinct developments... The fear of the imagined ‘fat black woman’ was created by racial and religious ideologies that have been used to both degrade black women and discipline white women.”

Health care for fat people is still delivered in a system with a firm hierarchy between patient and health care provider. Suggesting that physicians refrain from raising the issue of weight unless their patient does seems naive at best. Patients are hardly in a position to push back against a fatphobic or racist physician. This is not a marketplace in which individual patients simply move on to the next physician if they don’t like the service they are receiving.

Fat people avoid visiting doctors because they dread being the object of shame and judgment. In 2018, Ellen Maud Bennett died of complications from cancer after spending years being told that she would feel better if she just lost weight. She took the unusual step of writing her own obituary to call attention to fat shaming. Physicians use a dehumanizing, “secret language” to talk about their fat patients.

Fatphobia is fuelled by outdated ideas about “normal” bodies, and by the suggestion that individuals should know better than to let their weight spiral out of control. Despite evidence of the pernicious effects of the weight-loss industry, there is a stubborn acceptance that by managing our weight, we can gain personal and social transformation.

Efforts that purport to turn the page on weight bias need to genuinely move beyond weight as a measure of health, rather than wrap their interventions in the cloak of anti-stigma. 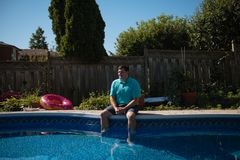 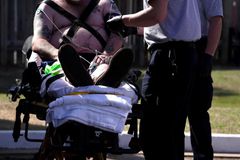