Christopher Ragan is the director of the Max Bell School of Public Policy at McGill University and was the chair of Canada’s Ecofiscal Commission. Andrew Potter is an associate professor at the Max Bell school.

Based on what we are hearing from Ottawa, there will soon be a massive stimulus package aimed at restarting the economy – and it will be dominated by the Liberal Party’s climate-change agenda. Three cabinet ministers assigned to work on the stimulus package are Catherine McKenna, Jonathan Wilkinson and Steven Guilbeault – the past, present, and (likely) future ministers of environment and climate change.

This is a terrible idea, for three reasons. First, it is not clear that a conventional package of stimulus policies is at all appropriate. We aren’t living through a normal economic recession, in which private firms and households need to be induced by government fiscal and monetary policies to produce and spend.

Instead, we are living through an intentional shutdown of the economy, and monetary and fiscal policies are being used aggressively to provide financial relief until incomes resume, which will occur when we all have returned to work.

Second, even if conventional stimulus policies were needed, is engineering a “green recovery” such a good idea? If spending massively on green infrastructure is a good idea today, then surely it was a good idea six months ago. But is this true? If the government had come into a windfall of tens of billions of dollars back in 2019, would its best use have been to spend it on dozens of green infrastructure projects or low-carbon subsidies or tax credits for green investments?

The answer is no, mostly because such policies are just more examples of the government trying to pick winners in the marketplace. Governments do this all the time, but it doesn’t change the fact that they are terrible at it. In addition, given the massive public debt that is now being accumulated as a result of providing financial relief to households and businesses, it is more important than ever that governments avoid policies that reduce greenhouse gas (GHG) emissions only at high cost.

In general, governments don’t know which technologies will most cost-effectively reduce GHG emissions in the building sector, or the best way for auto companies to redesign their products to reduce emissions. They don’t know how cement makers should alter their production techniques to reduce their carbon footprint, or what will make households take the plunge and switch to electric vehicles. And there is plenty of evidence that policies that try to micromanage behaviour and promote specific technologies tend to achieve their environmental objectives only at very high costs.

This brings us to the third reason, and to the better alternative. The government’s inability to pick winners in the marketplace is precisely why the preferred climate policy for almost all economists is to steadily increase the carbon tax on the GHG emissions that we know to be harmful and let the market forces do the rest. Let firms figure out how best to run their businesses to avoid the cost of their GHG emissions. Let households figure out how best to live their lives, so long as they recognize and pay the cost of their emissions. The fact that the Liberals feel the need to design a green recovery with other interventionist policies strongly suggests they don’t trust their own carbon tax to do the work it is supposed to do. But they should.

If the Liberals are really looking to make a bold advance on their climate agenda, they should recognize that the pandemic provides an excellent opportunity to substantially increase the federal carbon tax. With the collapse in the world demand for oil, gasoline prices have plunged over the past 10 weeks by about 30 cents a litre, depending on where you live. The federal government’s current carbon tax adds only about 6.6 cents to the price of a litre of gasoline. The government could double or triple this tax immediately, and still leave gasoline prices well below where they were in February. The carbon-tax rebates all Canadians currently receive would increase by a similar proportion, leaving purchasing power largely unchanged. The real environmental payoff would come after the worst of the pandemic subsides, when Canadians would face heightened incentives to make low-carbon choices.

The Liberals have done a good job dealing with the economic fallout of the pandemic, and they deserve considerable credit. But they should resist the temptation to design a conventional economic stimulus package until it is absolutely clear that one is necessary. As for any planned green recovery, they should avoid costly policies that involve picking winners and rely instead on a rising carbon price to do its job. 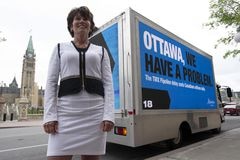 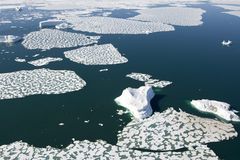 Air pollution cut in many Canadian cities due to coronavirus lockdowns, research scientists say
May 22, 2020 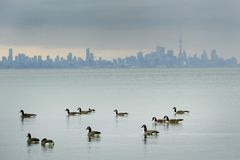