Canadians watched with emotion as Gisèle Lévesque became the first person in the country to be vaccinated against COVID-19 on Dec. 14. Seeing the 89-year-old resident of a Quebec City long-term care home receive her first dose of the Pfizer-BioNTech vaccine provided concrete proof of progress against the novel coronavirus that had made 2020 the worst year of our lives. It gave us hope, if not confidence, that we could soon put this pandemic behind us.

Those hopes were quickly dashed, however, when several other residents who had been vaccinated at the CHSLD Sainte-Antoine around the same time as Ms. Lévesque came down with COVID-19. The same thing happened at Montreal’s Maimonides Geriatric Centre, underscoring the rapidity with which the virus continues to spread through long-term care homes in Quebec and other provinces.

Despite the record pace at which vaccines from Pfizer, Moderna and AstraZeneca have gone from the test lab into the arms of millions of people around the world, the sad fact is that vaccination will still come too late for too many before this is all over.

Dozens of Canadian lives are still being lost daily to COVID-19 as Ottawa and the provinces play the blame game for the snail’s-pace start to vaccination here. The unprecedented nature of this pandemic and the global competition to secure a limited number of vaccine doses made it unrealistic to expect Canada to match the performance of Israel, which has already vaccinated almost one-sixth of its nine million residents. But Ottawa and the provinces will need to up their games fast as Canadians chafe under seemingly endless pandemic restrictions.

Canada’s social fabric appears to have held up relatively well through the first 10 months of this crisis. Nonetheless, countless Canadians have been suffering in silence. The full extent of the disorders caused by the pandemic lockdowns remains hidden from public view. Besides the higher incidence of drug overdoses and depression among adults, the long-term consequences of the pandemic on a generation of school-aged Canadians could haunt society for decades.

The last thing Canadians want to hear from politicians are excuses for a vaccination campaign that has not kept pace with those under way in Britain or the United States. On Tuesday, Prime Minister Justin Trudeau sought to cast blame for the slow vaccine rollout on the provinces, which have administered fewer than half of the more than 420,000 doses that Ottawa has delivered to them. “I think all Canadians, including me, are frustrated to see vaccines in freezers and not in people’s arms,” Mr. Trudeau told reporters.

His response royally ticked off his provincial counterparts. “Instead of giving lessons to the provinces on standards in long-term care homes and on vaccines, he should take care of supplying us with vaccines faster and better control travellers returning to Canada,” Quebec Premier François Legault snapped on Wednesday after announcing an enhanced four-week lockdown that includes a controversial 8 p.m. curfew in the province.

Manitoba Premier Brian Pallister and Ontario Premier Doug Ford have also complained about insufficient vaccine deliveries from Ottawa – Mr. Pallister likened the volume to “a squirt gun” – even though neither province has used up the doses the federal government has provided. Part of the reason for that lies in that the Pfizer vaccine must be stored at between -70C and -80C, creating a particular logistical challenge. An initial decision to hold back required second doses for those who have already received a first dose of the Pfizer vaccine also slowed the rollout. The abandonment of that decision has not gone over well with everyone. A group of residents at Maimonides have threatened legal action against the Quebec government.

No province appears to have adopted particularly ambitious vaccination targets. Mr. Ford has vowed to have administered an initial dose to 55,000 long-term care residents in five hot spot regions by Jan. 21. Quebec aims to vaccinate 250,000 long-term care patients and health care workers by Feb. 8. Yet, Mr. Legault insisted on Wednesday that his province is capable of giving 250,000 vaccines a week. Canadians are right to wonder about the disconnect.

We don’t know whether Ottawa dropped the ball in negotiating vaccine purchases for the simple reason that Public Services and Procurement Canada has released scant details about the terms of contracts signed with Pfizer, Moderna, AstraZeneca and other vaccine makers. Israel, for instance, reportedly paid Pfizer US$30 a dose, compared with the US$19.50 Washington paid as part of the Trump administration’s Operation Warp Speed. Ottawa has not said how much it paid.

“It’s a very competitive environment around the world, everywhere,” Procurement Minister Anita Anand insisted. “Every country wants to have the same products, the same doses, and so we have to negotiate very hard for Canada to have more doses as soon as possible and that’s the job for me and my team every day.”

Good intentions will no longer cut it with Canadians. From here on in, they want results. 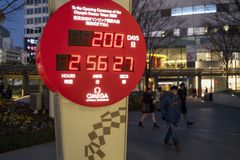 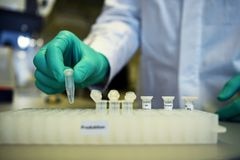