When Justin Trudeau announced he was buying a pipeline last May, the condemnation from leading environmental organizations was swift and fierce. And according to the country’s most renowned eco-warriors, no group had been betrayed more by the move than First Nations.

Greenpeace said the government had put itself on a “collision course” with Indigenous rights. The Wilderness Committee, the David Suzuki Foundation and Stand.earth, among others, reiterated similar talking points: By acquiring the Trans Mountain pipeline and the rights to expand it, Ottawa had trampled on constitutional privileges enjoyed by the country’s aboriginal community and had lost its trust in the process.

There was only one problem with this line of attack: It wasn’t true.

There is far more support for pipelines among Indigenous groups in British Columbia and Alberta than there is opposition to them. That was something that was always lost amid the hysterical cacophony that passed for debate on the Trans Mountain pipeline issue.

Before bowing out of the project, Kinder Morgan had signed 43 mutual-benefit agreements with aboriginal communities along the pipeline’s route – deals worth more than $400-million. There were other Indigenous organizations in the North fighting the Liberals’ tanker ban and trying to build their own pipeline project to tidewater. Some bands in Alberta, who were making hundreds of millions from the oil and gas business, also wanted the pipeline.

Yet, environmental groups used opposition to the venture by a handful of First Nations located in the Greater Vancouver area as a cudgel with which to batter the project around. Notable in its absence, however, was any acknowledgment of the fact that the Indigenous groups fighting the pipeline are sitting on billions in real estate and stand to gain tremendously from the lucrative development opportunities that flow from it.

That would be in vivid contrast to the First Nations' supporters of the pipeline in the Interior and north of B.C. that have no such source of wealth to live off but rather exist in a cocoon of poverty, substance abuse and obscene unemployment rates.

But detractors of the pipeline could soon have a serious new dilemma on their hands: First Nations' ownership.

That idea was the subject of a summit in Calgary this week. At it, the Indian Resource Council, which represents 130 bands that own oil and gas assets, discussed various financing models. This is not a frivolous examination. The attractiveness of such an endeavour is obvious: Owning all or part of the pipeline would produce a long-term revenue stream, as opposed to a few years’ worth of construction jobs.

Once upon a time, aboriginal leaders in Canada were afraid to speak out in favour of resource development for fear of being stigmatized and branded some sort of Indigenous Uncle Tom. But that construct is now as outdated as the birch bark on which it was written. More and more First Nations leaders, elected by their communities to help lift them out of destitution and distress, see resource development as a good thing.

This could have huge implications. This mind-shift already has some aboriginal leaders questioning the authority of organizations that deem to speak for the collective, such as the powerful Union of British Columbia Indian chiefs (UBCIC). Its leader, Grand Chief Stewart Phillip, has been a vociferous critic of the Trans Mountain project.

But people such as Ellis Ross, former chief councillor of the Haisla and a widely respected voice in B.C.’s aboriginal community, are now questioning the legitimacy of Mr. Phillip and his organization.

This is profound stuff, a challenge the likes of which you don’t see very often in First Nations communities. But Mr. Ross is not alone. The voices of aboriginal people, living in poverty for too long and tired of the policies that have held them back for generations, are growing louder.

The collision course environmental groups like to talk about isn’t the one they’re describing. No, the conflict on the horizon is between them and the First Nations community for whom they deem to speak. 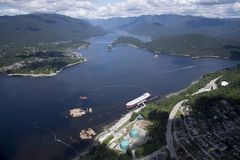 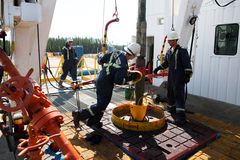