The phrase “burn it all down” has become a popular shorthand among young women who look around and see a world that has been constructed for their exploitation, not their advancement. I used to laugh when I read it, the rueful chuckle of a weary old feminist, but I don’t think it’s funny anymore. Yes, burn it all down. Not just the individual abusers, but more importantly the scaffold of power-grubbers, enablers and toadies that keep the whole rotten edifice upright.

In any given week, you could pick out several examples, but then this column would be longer than a Stephen King novel and twice as frightening. I’ve written about many of them in the past, and here I’ll talk about just two instances when systems of power hid the secrets of abusive men and profited from them even while their victims’ lives fell apart.

When The New York Times investigative reporters Jodi Kantor and Megan Twohey were asked to look into rumours of sexual abuse surrounding movie producer Harvey Weinstein, their editor Rebecca Corbett gave them a wise piece of advice. The journalists should “go beyond individual wrongdoers and pin down the elements, the system, that kept sexual harassment so pervasive and hard to address.”

They did just that, as they reveal in their terrific new book She Said: Breaking the Sexual Harassment Story That Helped Ignite a Movement. Months of relentless reporting culminated, in the fall of 2017, in stories about Mr. Weinstein that led to the #MeToo reckoning that exposed sexual harassment and exploitation in hundreds of industries around the world.

In the end, more than 80 women have come forward to accuse Mr. Weinstein; he denies many of the charges and faces a criminal trial in New York in January. Famous names were exposed, their campaigns of harassment uncovered by journalists and activists. I’m not going to name the abusers because too much attention has already been paid to the individuals and not enough to the girding mechanism of abuse, which Susan Faludi calls “the complicity machine” in her review of She Said.

It’s more like a complicity factory. “Stop doing bad shit,” one executive had e-mailed Mr. Weinstein, after knowing for years about the behaviour (he eventually becomes a source for Ms. Kantor). Bob Weinstein, Harvey’s partner, knew his brother was “crazy, out of control,” but did nothing.

The movie company’s board also knew about the payments and silencing restrictions for young women whose lives and careers had been ruined, but did nothing to stop them. Meanwhile, as described in She Said, young office assistants wore two pairs of tights to meetings in case Mr. Weinstein tried to molest them, and picked up the syringes from the erectile dysfunction drug he injected into his genitals.

An uncomfortable fact we have to face: Some of the people who shielded Mr. Weinstein were women, according to reporters at The New York Times. Chief among them was lawyer Lisa Bloom, who made headlines as a feminist champion of sexual-harassment victims even while she worked for Mr. Weinstein, suggesting that he slander his accuser, actor Rose McGowan, as untrustworthy and “unglued.” (I went to hear Ms. Bloom speak on the subject of “busting up the bro culture” at the Women in the World summit in Toronto in 2017. Pretty much at the same time, she was suggesting that Mr. Weinstein start up a feminist film foundation as a way of whitewashing his reputation.)

Why do these women participate in these cycles of abuse? Is it power or status-seeking or greed – or a key to the inner sanctum that would normally be denied to them? Monica Hesse in The Washington Post compared them to Aunt Lydia, the character in Margaret Atwood’s novels The Handmaid’s Tale and The Testaments. They seek the comfort that being adjacent to power brings – no matter who they have to destroy to gain that power.

In the case of the late sex offender Jeffrey Epstein, the money manager’s friend and confidante Ghislaine Maxwell has been accused of performing such a role and soliciting underage girls for him, according to court documents in a civil lawsuit (Ms. Maxwell had denied the allegations). A month after Mr. Epstein died in a New York jail while facing charges of trafficking underaged girls, it’s come to light that he existed at the centre of a hub of money-chasing academics, scientists and “thought leaders” who apparently did not mind orbiting a diseased sun. At least as long as no one found out about it.

The disruptors at MIT’s Media Lab were happy to take Mr. Epstein’s money, as Ronan Farrow recently revealed in the New Yorker, even though he was on the university’s banned donor list. The Media Lab not only took his money, they covered up any association with him. When you’re referring internally to one of your donors as “Voldemort” and “He Who Must Not Be Named” it might be time to start knocking on different doors. (The director of the Media Lab, Joi Ito, has resigned over the scandal.) But there are other universities out there who took Mr. Epstein’s money and show no sign of giving it back.

Famous men partied at Mr. Epstein’s Caribbean hideaway, which locals called “Pedophile Island.” President Clinton flew on his plane. Prince Andrew, hiding behind the official skirts of Buckingham Palace, has expressed bafflement that his friend the convicted sex offender was a bad guy.

Mr. Epstein knew precisely what he was doing, that money was the grease that would slide him back into polite society. In the New Yorker, Mr. Farrow referenced the ground-breaking reporting of Julie Brown at the Miami Herald, noting that “Epstein used the status and prestige afforded him by his relationships with élite institutions to shield himself from accountability and continue his alleged predation.”

Like they say, burn it all down. Nothing will change until we do.

Opinion
We’re ignoring one question, around men accused of misconduct: What could justice actually feel like?
July 12, 2019 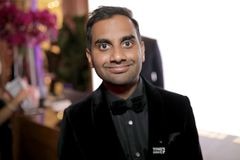 Opinion
The Stormy Daniels scandal is not about sex – it’s about threats, bribes and silence
March 26, 2018 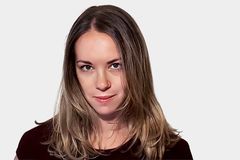 Opinion
A watershed moment for the Muslim #MeToo movement
September 3, 2019