But Mr. Liepert wasn’t daunted. The veteran Conservative said he was comfortable telling party members that not having a credible environmental policy in 2019 hurt their ability to win the election that year. He was also prepared to argue the party’s plan to deposit proceeds from the mandatory levy into savings accounts for individual Canadians - which they can then use for green purchases - is a vast improvement from the current Liberal policy, where federal officials can use the revenues “to spread around the country like fairy dust.”

Mr. O’Toole’s climate policy is an imperfect but coherent answer to the climate question, possibly the most difficult policy issue the federal Conservative party has to grapple with today.

It’s a plan that seeks to balance the inclination of a majority of Canadians to have a robust climate strategy, and the interests of the party’s base in the Prairie provinces, where the oil and gas industry is set to bear the brunt of the economic fallout and job losses as the country transitions to a lower-carbon economy. There are also some Conservative supporters who look suspiciously on many forms of federal government intrusion and revenue collection - no matter what you call it - and those who will never buy into any kind of climate plan.

There is little Conservative cohesion on the issue, and not every MP will roll with the punches like Mr. Liepert. The policy still faces a stress-test among rank-and-file party supporters.

For sure, the plan to meet Canada’s Paris agreement obligations will appeal to conservatives who believe defeating the Liberals should be the key priority. The federal Liberals have dominated this policy space, but the federal Conservative’s climate policy is a real nuts-and-bolts plan, that maintains - for now - important and less-controversial measures such as a significant carbon price on industrial emissions. Even as the Conservatives prefer to stick to economic issues, they need to address the environment in their campaign to win over some voters in central Canada and parts of British Columbia.

Mr. Liepert notes he won his riding of Calgary Signal Hill with more than 70 per cent of the vote, and he’s prepared to lose 10,000 votes at home if it means 20 more seats for the Conservatives in the GTA.

The new Conservative climate policy is also not out-of-step with the views of many Prairie voters, who have come around in recent years to some form of carbon pricing. The policy places emphasis on a liquefied natural gas export strategy, with an eye to displacing coal-fired electricity generation in other parts of the world. That has long been a talking point for oil-and-gas industry leaders who argue the sector can be a part of the climate solution.

Mr. O’Toole called his party’s plan transparent and innovative, and said it provides consumers with insight into their own consumption patterns. But it also addresses a long-standing concern amongst right-of-centre voters that the current Liberal carbon pricing system is more of a wealth-distribution scheme than an environmental policy. Under the current federal climate policy, 90 per cent of the revenues collected from the fuel charge are supposed to be returned to individual households, in the provinces where the revenues were raised, in the form of rebates. But because of the structure of the program, the rebates benefit lower and middle-income earners more than higher-income earners.

The Conservative plan, in contrast, would create “Personal Low Carbon Savings Accounts” that would retain the funds paid by individuals for their own use (a debate remains about whether the carbon price is high enough, whether this system will actually encourage people to use less, and whether it will be overly onerous to administer). People will be able to use the funds for “green” purchases such as a bus pass or a bicycle.

Some Conservatives spoke in support of this plan, but there was also a marked silence on the policy from many Alberta conservatives this week. The caucus had been awaiting an environmental policy - with some eagerly asking for it - but weren’t expecting it to come so quickly.

“There is definitely some shock that it’s out this soon,” Calgary Midnapore MP Stephanie Kusie said of the timing. Many Conservative MPs are now fielding calls and emails from angry party members that any kind of carbon price is party policy.

Even before the release of this climate policy, it’s not as if Mr. O’Toole was riding high in the Conservative heartland. A survey by Alberta-based pollster Janet Brown for CBC released this week said the party’s support in the province is still strong but has declined since the 2019 election, and provincial voters are not particularly enamoured with Mr. O’Toole.

If the story for a conservative leader sounds somewhat familiar, it is. Since the beginning of the year, Alberta Premier Jason Kenney has faced open criticism of his government’s leadership during the pandemic, from voters but also from United Conservative Party supporters, board members and MLAs who are unhappy with COVID-19 health restrictions and the resulting impact on businesses.

Alberta Environment Minister Jason Nixon released a statement about the new Conservative climate plan, saying it was good it would scrap the current Liberal policy and give provinces more autonomy, but that the province wanted to take time to review it.

The country’s conservative Premiers, who have very publicly waged war against the federal carbon price, are rightly preoccupied with a rising and increasingly overwhelming number of COVID-19 cases in their provinces. But still, the relative quiet this week from the Alberta Premier on his political ally’s announcement spoke volumes about the discord amongst right-of-centre voters it could provoke.

Mr. Kenney knows better than anyone what happens to a Conservative leader’s political fortunes when faced with opposition from within. He’s likely hesitant to wade into another difficult-to-win issue. 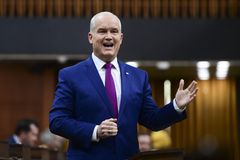 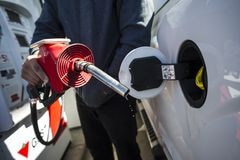