H.A. Hellyer is a Cambridge University fellow, a scholar at the Carnegie Endowment for International Peace and a senior associate fellow at the Royal United Services Institute.

Last week, New Zealand commemorated the Christchurch massacre, with politicians and civil society alike mourning so many who lost their lives when a far-right terrorist killed dozens at mosques in that island nation. But the rhetoric underpinning that terrorist atrocity wasn’t as far away from mainstream politics as we’d like to think.

Recently, Switzerland narrowly voted in favour of banning face coverings in public, including the burka or niqab worn by Muslim women. The Swiss People’s Party had campaigned in favour of it with slogans such as “Stop Extremism” and “Stop Islamic Radicalism” – the latest measure on the European continent that links visible Muslim religious practice to extremism. But it was more than that. As Walter Wobmann, chairman of the referendum committee and a member of parliament for the Swiss People’s Party, said before the vote: “In Switzerland, our tradition is that you show your face. That is a sign of our basic freedoms … [facial coverings are] a symbol for this extreme, political Islam which has become increasingly prominent in Europe and which has no place in Switzerland.” The measure here is clear – Europe is under attack; the main perpetrators of the attack are Muslim; the defence must take them on, by all means necessary.

Mr. Wobmann wasn’t the only European politician to declare as such. “I think that Islamo-leftism is eating away at our society as a whole, and universities are not immune and are part of our society,” the French Minister for Higher Education Frédérique Vidal declared on Feb. 14. For a Valentine’s Day message, this was hardly indicative of much warmth or cordiality from the minister – rather, it was the latest missive in a pseudo “culture war” that has been brewing in France for a long time. But this dangerous message was also much more than that – and the consequences go far beyond France, and even the West.

The obvious target of the minister’s message was parts of the political left in France on the one hand, and portions of the Muslim community on the other. After all, it’s this specific “Islamo-leftism” alliance that was particularly named. And that’s hardly the first time, whether in France, or elsewhere in the West, where this “alliance” has been called out. The typical complaint is that substantial parts of the left have not taken seriously enough the issue of extremism that exists among radical – both violent and non-violent – Islamists, owing to naivety, lack of sophistication, or just pure cultural relativism. That kind of debate and discussion will continue, no doubt, in media, academia and policy.

But that’s not what was being targeted in the minister’s message. That is a bit of a smokescreen. The French political mainstream has drifted further and further into populism, and that populist fight has led the current president, Emmanuel Macron, and his most threatening political opponent, Marine Le Pen, to just keep doing what they’ve been doing – out-populist each other. The calculus of Mr. Macron seems to be that he better make it clear he is more serious about national-security threats than Ms. Le Pen is. Which, on the face of it, is hardly a problem, except in the current French context, that translates into focusing on a particular minority religious community. Muslims are that community, which, it would appear, the entire political spectrum sees little penalty in problematizing. And, on the contrary, problematizing the Muslim community would seem to result in increased populist support.

And yes – there are historical parallels in Europe, and those parallels are not pretty. The Israeli political scientist at Bar-Ilan University, Amikam Nachmani, notes: “The Jew, Europe’s prototypal ‘other,’ has now largely been replaced by the Muslim ‘other.’ … Prejudice and discrimination once directed at European Jewry is now aimed at European Muslims.” It’s not a comfortable comparison to make – but it would be foolhardy to ignore, particularly when the calls of “never again” on the European continent were ignored. Ask the Bosnian Muslims.

The culture wars are real on the continent, and Muslim communities are often simply collateral damage. As I’ve argued elsewhere, Muslims aren’t really all that important in this discussion. They are a useful foil. Mr. Macron isn’t really all that worried about Muslims and Islam; he and his government are worried about Ms. Le Pen. The culture wars are less about Muslims per se, and more about our own concerns, as Europeans and Westerners, about who and what we are. In France, that devolves to insecurity around what secularism does or does not mean in the 21st century, but it also leads to wider issues pertaining to the legacy of colonialism, as well as larger culture wars. That’s not even so much simply a left-right issue, as much as it is a search for meaning. And rather than involve Muslim French citizens as integral partners like other communities in that search, they find themselves on the outside of the discussion. No matter what they do.

But this is also not simply about France. On the contrary; there are other examples across the continent and in the wider West. We see it in terrorist attacks, such as the ones that took place in Norway and New Zealand. We see it in the mainstreaming of the radical right, within the Republican Party in the United States, which seems unable to hold back the tide; but also across various centre-right parties, right across the West. There is a spectrum, to be sure – but it is a spectrum on a single phenomenon. It’s why the New Zealand killer saw Donald Trump as a praiseworthy symbol.

And it goes beyond even the West. A recent attempted attack on a mosque in Singapore was by a supporter of the same far-right discourse; indeed, he explicitly claimed inspiration from the likes of the New Zealand mass murder. We’ve gone beyond this being considered a small right-wing fringe – it is far more mainstream than that – but we have also gone beyond it being limited geographically to the West itself. It’s global in a different way altogether.

It isn’t, of course, that the French Higher Education Minister is a white supremacist. But one can’t easily disassociate this kind of talk from the “Eurarabia” discourse – a conspiracy theory about a Muslim plot to take over Europe – that has been building on the continent for years. As we examine the mainstreaming of the far-right in the years to come, we need to do it with a sense of urgency, because the threat is undeniably on the rise. 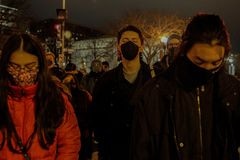 Opinion
In my Indian grandfather, I came to understand the unique heartache of a gap unbridged
March 5, 2021 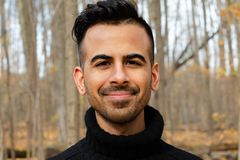 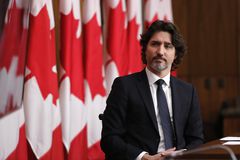