Many people don’t understand why the escalating sign-stealing scandal in baseball is such a big deal. This story, which has so far cost the jobs of almost half a dozen senior baseball people in Houston, Boston and New York, has been compared by insiders to the Chicago “Black Sox” fixing of the 1919 World Series.

That kerfuffle became the subject of Eliot Asinof’s 1963 book Eight Men Out (adapted into a 1988 film by John Sayles) and parts of Bernard Malamud’s 1952 novel The Natural (also a Robert Redford film, 1984). One hundred years after impoverished and exploited Chicago players took bribes to toss the World Series, people still reference it.

Cut to 2020. The Houston Astros have been called out for crass and scofflaw violations of Major League Baseball’s warnings about stealing signs, and we circle back a century.

Major League Baseball issued punishments to Astros manager A.J. Hinch and general manager Jeff Luhnow, who were complicit in the team’s system of sign-stealing. That meant suspensions and fines. Astros owner Jim Crane went further and fired them both. Meanwhile, implicated Red Sox bench boss Alex Cora and New York Mets manager Carlos Beltran were likewise let go, or as we now say, “agreed to part ways” with their teams. Astros star Jose Altuve is under suspicion of receiving signs via an electronic buzzer worn under his jersey, a charge abetted by his apparent refusal to remove said garment during a home run celebration.

That accusation – which Mr. Altuve denies – may seem far-fetched, but at this point everything is in the hands of the social-media court, which thrives on crazy. What is indisputable is that the Astros stole pitching signs during their World Series-winning 2017 season. The Boston Red Sox are also accused, albeit by long-time rivals the New York Yankees, of stealing signs. Boston (well, the nearby town of Foxborough, Mass.), is also home to the New England Patriots, serially accused of cheating with deflated footballs, spying on opposing teams’ practices and having a documentary crew film calls on the sidelines.

In a taxi from the Tucson airport not long ago, a driver, who might have been a little high, told me he always referred to the successful Bill Belichick and Tom Brady franchise as “The Cheaters.” Nice going, Cradle of Liberty.

Cynics will argue that this is all to be expected, not least because cheating works in pro sports. That is evil thinking. Sports can tolerate gamesmanship at the margins, as in Stephen Potter’s sly books about getting under your opponent’s skin. But outright rule-breaking, beyond the fact that there is probably holding on most football plays and travelling on many basketball drives to the hoop, is bad for business, as well as wrong. It undermines the reason people care about athletics in the first place.

My spouse is American, from a family of lifelong Red Sox fans. Her grandfather left the mortal plane without seeing the team break its infamous Babe Ruth curse. Her aunt was overjoyed when she was able to celebrate the 2004 championship before she, too, left us. When you mess with a game, you mess with people’s lives, memories, families and dreams. Sports are never just about sports – or winning.

Which brings us back to the sign-stealing. Why is it even a thing? The issue here is trust and fairness, the ideal of an even playing field. These are essential to good games. Consider offside rules. If you are not foursquare to the opponent, the contest is rotten. In hockey and football, there are lines: scrimmage (notional but enforced) and blue (actually painted on the ice). You can’t jump offside before the snap or encroach it from the other. And you can’t cross into the zone ahead of the puck. In rugby, a skewed scrum is always whistled. In soccer, you may not be ahead of the last defender before the ball is passed: hence the reverse tactic of the offside trap. Fair or foul is what matters.

With baseball, which is linear rather than territorial, fairness is trickier. But one clear violation is infringing on the private communication between the catcher, who is calling for different pitches, and the pitcher, who is dealing them. Otherwise, the batter owns the battery and can swing without guessing. No contest.

This is why some baseball people say that they would rather deal with juiced players than with sign-stealers. The former is performance enhancement, hence the PE in PEDs. Often illegal, yes, but sometimes marginal; when does a vitamin supplement shade into a steroid? Stealing signs is cheating, pure and simple.

MLB does not revoke championships, but for many fans, the recent Astros and Red Sox titles will forever bear ethical asterisks. Welcome to Black Sox 2.0. 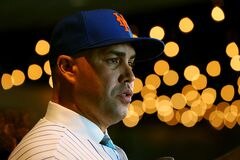 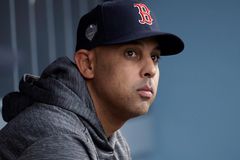 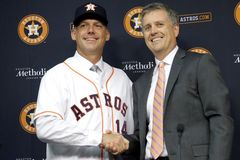