Twenty-four centuries ago, Aristotle identified Ethos, Pathos and Logos as the three pillars of persuasion. Translated, they stand for the reputation of the speaker, the emotional connection between the speaker and the audience, and the facts, or proof points, of the argument. Aristotle wrote that the first two pillars are the most persuasive, with the latter, facts, being the least – especially on their own.

Whether U.S. President Donald Trump was ever schooled in classical Greek philosophy is, well, up for debate. But however he learned it, it’s become hard to deny that his mastery of persuasive techniques is without peer.

During his campaign, he stood firmly on his reputation as a successful businessman, billionaire and deal-maker – establishing his Ethos. He empathized – that is, made an emotional connection and demonstrated Pathos – with the entrenched attitudes of voters who wanted change and who felt, over the course of their lives, they had become second-class citizens. Mr. Trump’s emotionally charged rhetoric, such as his “Make America Great Again” mantra, not only reflected their attitudes, it also gave them a national platform. His proof points – facts, cherry-picked data, lies and “alternative facts” – merely confirmed their decision.

On the contrary, the Democrats have shown over the past month just how little understanding they have of Aristotelian persuasion. For three years, they’ve been pounding on facts to persuade the American public that Mr. Trump, both during and after the 2016 election campaign, engaged in behaviour worthy of impeachment or even jail. Their ultimate fantasy was having U.S. special counsel Robert Mueller deliver the coup de grace on live national television, while testifying before two congressional committees.

To the Democrats, Mr. Mueller was their ace in the hole, the ultimate expression of their facts-focused approach. Here was their square-jawed hero, straight out of Hollywood casting as a “just the facts, ma’am” kind of prosecutor. They were certain that his words, delivered in writing and as-seen-on-TV, were certain to persuade Americans that Mr. Trump had committed enormous misdeeds.

Would it work for journalists? Perhaps. Would it play in a judicial court? Possibly. But in the court of public opinion, Aristotle had already predestined the impact of the testimony millennia ago: facts, the least effective tool, stood no chance against Ethos and Pathos.

So it was then that Mr. Mueller, of course, failed to deliver. His most repeated responses were, “I stand by my report,” and, “to what annotation are you referring?” And the Democrats did him and themselves no favours, carrying on like a boxer whose only punch was a right hook, and whose response to being pummeled is to only throw more right hooks, harder and faster.

If Mr. Mueller wouldn’t deliver the evidence, then they would. So, they led with facts. They delivered them coldly. And their clear political bias obliterated the influence of their reputation. A bad poetry reading would have changed more minds.

The Republicans, on the other hand, were well-prepared. They attacked the character of the special counsel’s team, weakening his claim to Ethos, or reputation of the man delivering the report. They positioned the President as a man who was not obstructing justice but was merely defending himself from false persecution, like any American would – creating for Mr. Trump a powerful empathy, or Pathos, among the party’s supporters, many of whom are united by a sense of injustice that has stoked the party’s supporters.

Detractors have suggested Mr. Trump actually lacks empathy – pointing to his responses to the Puerto Rico hurricane, and his attacks on various marginalized people – but just the opposite is true. It’s just that he deploys empathy only when he needs it, as a tool of persuasion. To use an analogy in Mr. Trump’s more traditional wheelhouse, it’s like a professional golfer hitting a trick shot: If he sees no need for it, he doesn’t use it. Instead, he delivers a mountain of Ethos and Pathos daily, with just a smattering of enough facts (or lies, or misinterpretations) to advance his cause.

The ballot box question in the 2020 election will be a simple one: Do I vote for Donald Trump, or against him? To win on that question, the Democrats will need to learn from the failure of their facts-first approach to the entire Mueller Report process. They will have to find a leader whose reputation inspires audiences to believe them, create a core message that carries an emotional connection with voters, and use policy details not as the be-all-and-end-all, but as proof points of an engaging vision, because a facts-first strategy fails in the face of reputation and emotional resonance.

The Democrats would do well to brush up on their Greek classical philosophy, before they learn the lesson the hard way in 2020. Aristotle knew of what he spoke, and whether Donald Trump is a disciple or not, he is a master.

Democratic contenders too busy fighting each other to worry about Trump yet
July 28, 2019 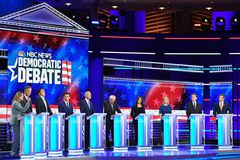 Opinion
Mueller acted like a man terrified to state the obvious. The question remains: Why?
July 25, 2019 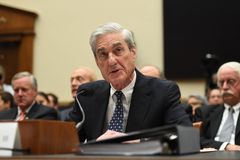