A U.S. president publicly calling a Canadian prime minister “two-faced.” Insults between great friends and allies don’t get much nastier than this.

In fact, it is arguably the worst insult a president has ever issued to a PM, a broadside more penetrating than Donald Trump’s calling Justin Trudeau “very dishonest and weak” after the June, 2018, G7 summit in Quebec.

Even though the President added that the Prime Minister is “a very nice guy,” his slam cuts deeply with Mr. Trudeau as it aligns with the depiction of him by many critics as a phony.

Presidents traditionally have been diplomatic enough to deliver their condemnations of prime ministers privately. Some have become public later. Infamously, Richard Nixon was found on a tape to refer to Mr. Trudeau’s father, Pierre, as “that asshole Trudeau.” John F. Kennedy privately termed PM John Diefenbaker “a prick.”

For Justin Trudeau, the odious reputation of the deliverer of the put-down is a source of some relief. Mr. Trump is currently facing impeachment hearings for behaviour far worse than being two-faced. His serial abuse of the truth is legendary. He habitually smears opponents. He is viewed in Canada, compared with other presidents, with unprecedented disdain.

But the smear still stings. The international media were giving it blanket coverage. And sympathy for the Prime Minister is mitigated because he did much to bring on the insult himself.

He surely knows that at major international summits such as the NATO one in London, open mics are all over the place. In this case, a video picked up on some of his chatter at a Buckingham Palace reception with other leaders wherein he took a dig at Mr. Trump for being late because of his endless media availabilities, which cause “his team’s jaws to drop to the floor.”

Mr. Trudeau also surely knows from experience that the slightest criticism of Mr. Trump triggers his temper. Caution is in order. Whatever you do, don’t provoke a Trumpian tantrum. There’s no telling what he will say. In this case, Mr. Trump seems to have enjoyed insulting Mr. Trudeau. He was later caught on a mic saying “That was funny when I said the guy’s two-faced.”

Oh yeah, truly hilarious, the Trudeau team must have thought.

It was a certainty that the issue which brought on the flare-up, defence spending by NATO countries, would be a hot topic at this summit. It was surprising, therefore, that when Mr. Trump asked Mr. Trudeau about it, the PM didn’t know Canada’s current level of defence spending. He had to consult an aide before responding that it was 1.4 per cent, which is well shy of the 2 per cent which the President is demanding.

Mr. Trump termed Canada’s defence spending “slightly delinquent” and the matter would have been left there but for Mr. Trudeau’s indiscreet reception chatter.

It recalls the G7 summit in 2018 where things were proceeding harmoniously enough until Mr. Trudeau issued a criticism of U.S. tariffs on steel and aluminum at the meeting’s end that caused Mr. Trump to go through the roof.

Canada has in fact increased its defence spending under the Liberals. On the eve of this summit, Jens Stoltenberg, NATO’s Secretary-General, lauded the country’s role in strengthening the alliance. Ottawa’s military spending has come under criticism by virtually every president since the Second World War. Canadians are not in favour of outlays as high as 2 per cent of GDP. In that respect, they wouldn’t mind Mr. Trudeau telling this President where to get off.

But the insult will be one which will be repeated ad nauseam by Trudeau critics. Social media piled on with more shots at the PM. One wag said the President got it wrong – he should have called Mr. Trudeau “multi-faced” given his use of blackface.

Mr. Trudeau has to be careful with any temptation he may have to lash back. He needs Mr. Trump’s help in the continuing feud with China on the Meng affair, which still sees two Canadians being held in Beijing. The new NAFTA, the USMCA, is still in the process of being ratified by Congress. Even if that goes through, the President could strike Ottawa on the trade front in other ways.

That’s if Mr. Trump is still around. While the London feuding was going on, three legal experts testified before Congress Wednesday that his actions were consistent with the historical definition of impeachable offences.

On that note, in the wake of the London summit, Canada has a Prime Minister who has all the more reason to wish the President no luck in the impeachment proceedings.

Opinion
NATO may be on the rocks, but Macron’s breakup note is no answer
November 22, 2019 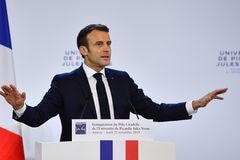 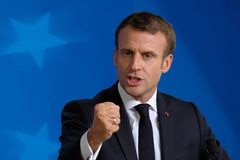 Opinion
Turkey is a key NATO member. Now, its future in the coalition is an open question
July 25, 2019 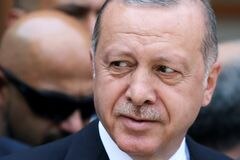