By blowing the whistle on Cambridge Analytica’s dodgy dealings with political campaigners in the U.S. and the U.K., Canadian Chris Wylie has given the social-media anthill a well-deserved kick. We’re now getting a rare glimpse into the hyperactive but hidden world of online-data trafficking – with its myriad actors feverishly harvesting, aggregating, packaging, profiling, brokering, targeting, selling and generally monetizing the personal information we generate in rapidly expanding volumes.

The social media giant, Facebook, is in the public spotlight, called to account for its cavalier handling of the life details of two billion users. Hard on the heels of the U.S. Congress hearings, the Canadian Parliament has begun to scrutinize the breach of personal information involving Cambridge Analytica and Facebook. This is a perfect opportunity to understand better the darker corners of today’s digital society and take appropriate remedial action.

Mark Zuckerberg’s two days of testimony in Washington offer some lessons for Canada’s House of Commons standing committee on access to information, privacy and ethics (ETHI). Facebook’s founder repeated that his mission is to connect us all with those we love. We’re not so sure. Yes, Facebook connects us with family and friends and the causes we care about, but also with a host of hidden others that Facebook depends on for its phenomenal wealth. It is these invisible advertisers, political campaigners, data brokers, app developers, and so forth, keenly interested in our lives, and paying Facebook to link to us, that are so problematic.

Few in the U.S. Congress mentioned or challenged Facebook’s business model, which is to attract as many people as possible to its site, hook them into spending maximum time there and sell their attention to the highest bidders. Facebook captures our data to profile us and our friends, even if they have no Facebook account. Our interactions with its site – our “eyeballs” – are the source of value. As they say, if the service is free, you are the product. The aim is not only to predict but to shape life choices.

With Facebook’s millions of lucrative, captive Canadian eyeballs, it is good that lawmakers and regulators are joining their U.S. and U.K. counterparts in obliging Facebook officials to testify.

Thankfully, Privacy Commissioner Daniel Therrien is already investigating Facebook. He appeared before the committee on Tuesday calling for updates to Canada’s archaic privacy laws. But the challenges Facebook and social media pose go well beyond privacy. Meeting them requires other guardians of the public interest to come forward.

The biggest challenge to retaining the best that social media offers, while avoiding the increasingly evident pitfalls, is Facebook’s monopoly power. It can easily acquire threatening upstarts. Its pre-eminence and the lack of alternatives makes it hard for users to leave. Together, Facebook and Google earn more than half of all online advertising revenue, becoming effective gatekeepers for any newcomers elbowing their way onto the millions of screens needed for money-spinning internet ventures. Social media monopolists are prime targets for 21st century trust-busting. But Facebook’s social-networking surveillance model is booming and ballooning. Only 14 years old, the company claims more than two billion users and is worth nearly half a trillion dollars. Without concerted action to rein the company in, will the recent scandal be any setback to Facebook’s further growth?

In light of Facebook’s overwhelming grip on the social networking industry, the commissioner of competition should investigate the company for its monopolistic behaviour. Given the current lack of alternative platforms, an essential response would be to require Facebook to open its proprietary data model. Enabling interoperability in this way would create the opportunity for other service providers and business models to come into play.

So many people rely on Facebook to keep in touch with each other that it should be considered a communications utility, like telephone and broadcast media. The Canadian Radio-television and Telecommunications Commission (CRTC) should learn to treat social-media enterprises as utilities. Given its business model, Facebook on its own cannot meet the objectives of Canadian media regulations – advancing Canada’s identity and sovereignty, its social and economic fabric, universal accessibility, neutrality, affordability, openness, public accountability and rights protection.

A Canadian whistle-blower alerted us to the democratic dangers arising from micro-targeting voters with political messages. But this is just the start, with many other issues remaining. Now, it’s our government’s turn to act just as boldly to promote the public interest and assert our national sovereignty. Fundamentally, it needs to ensure that our data remains within Canadian jurisdiction to ensure it is well protected by our legal and constitutional norms while we reshape them for the 21st century.

Opinion
Why the survival of democracy depends on a strong middle-class
April 20, 2018 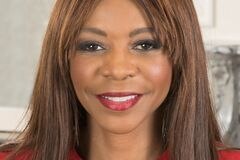 Opinion
A world in turmoil: What we must do to survive the coming political crisis
April 20, 2018 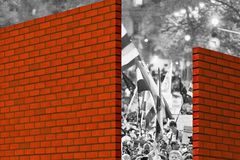 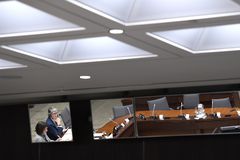