Jooyoung Lee is associate professor of sociology at the University of Toronto, and author of Blowin’ Up: Rap Dreams in South Central.

This past week, Toronto Police Chief Mark Saunders announced the imminent rollout of Project Community Space, an “intelligence-led” plan to reduce gun violence in Toronto. The project – yet another “late-game” approach to fighting gun violence – will last 11 weeks, and cost $4.5-million, provided by three levels of government.

It is naive to think that it will really work.

Year after year, we wait until there’s a rash of shootings – usually in the summer – before our leaders talk about getting tough on crime or putting more boots on the ground. This approach makes for great headlines, and it makes some people feel safer. But it’s no long-term solution to gun violence, nor a way to reverse a rising trend that has unfolded over the past five years. And while some leaders talk about how we must address the “root causes” of gun violence, citywide funding priorities tell a different story. Recently, Toronto city councillor Josh Matlow proposed building more youth spaces in the city, which would have cost an estimated $3.1-million, and would have made after-school programs more accessible to youth in areas hit hardest by gun violence. Critics balked at the price tag, though, and it didn’t gain enough support to pass.

But there are larger, hidden costs of gun violence in Toronto and Canada more broadly, even beyond the injuries and death. And the fact that it makes fiscal sense to reduce gun violence needs to be part of the calculus.

In “The Economic Impact of Firearm-related Crime in Canada, 2008,” Ting Zhang and Yao Qin of the Department of Justice calculated the astounding costs associated with shootings in Canada. According to their data, we spend more than $300-million on criminal-justice costs associated with shootings in a given year. This includes money for police, prosecuting alleged shooters and legal aid for people navigating the courts, as well as for incarcerating offenders and those awaiting trial.

Hefty costs also fall to victims, who often have to rely on public tax dollars for their estimated $7-million in health-care costs, $62-million in lost wages and $72-million in lost future income. Gun violence is expensive and these figures from over a decade ago show why we ought to invest in prevention, in the form of youth and community development.

I saw firsthand the effectiveness of youth and community development while doing research for my book. Over five years, I met youth from different neighbourhoods across the “South Central” neighbourhood of Los Angeles, an area that journalists have called the “gang capital of the world.” They showed up in droves at a Thursday night hip-hop open-mic night called Project Blowed, a space that was safe to hang out, where mentors could encourage creative interests, and where they could cultivate friendships among other youth who they might not have met otherwise.

Some youth who went to Project Blowed were former gang members who had left that life behind as their involvement in the event increased. Instead of hanging out with peers who were caught up in gangs, they started spending time with peers and mentors who encouraged them to make music and promote positivity. In some cases, there were even youth from the Crips and the Bloods – sworn gang enemies – who had become friends and musical collaborators through their time together at Project Blowed.

The current approach to fighting gun violence in Toronto is well-intended, but it is too reactive. We are apathetic about the issue until there’s a string of shootings, at which point we throw up our hands and demand more police. Don’t get me wrong, police are an integral part of any solution to gun violence; they are first responders at shootings, arrest people who use guns to harm and kill others, and they investigate homicides to bring a semblance of justice to families that have suffered tragedy. They should be supported. But as the Chief himself has said in recent interviews: “We cannot arrest our way out of this problem.” That was true in previous years, and it’s even truer now.

Instead of waiting and prioritizing policing after the fact, what if our leaders were also committed to preventing gun violence? How much money could we save? And more importantly, how many lives might be spared?

Ultimately, we all pay for gun violence in one way or another, every day. It might be in public aid to families who now have a parent who cannot work because violence-related injuries have knocked them out of the labour market. It might be in tax dollars that go toward incarcerating offenders. It might be in the form of medical care administered to patients who show up at emergency rooms riddled with bullets.

These are all hidden costs whenever someone gets shot. So rather than work with a half-written ledger, Canada’s cities are overdue to understand the full price of the issue. Through that lens, upstream solutions to prevent shootings from happening in the first place start looking like a fantastic bargain – both for our governments’ budgets, and for our safety and emotional well-being. 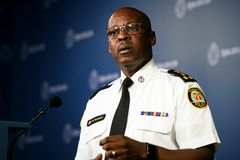