The ovarian cyst that was taken out of Kayla Rahn’s abdomen in May was as big as a watermelon. It weighed 50 pounds.

It was benign, thankfully, so once it was removed, the Alabama woman had nothing left to do but recover. But the 30-year-old had been complaining of abdominal swelling, shortness of breath and steady weight gain for months before she was taken seriously.

Four doctors told her the problem was simply that she was fat.

“She was seeking help from multiple physicians, and we had missed it – as a medical community, we had missed it,” said Gregory Jones, the obstetrician-gynecologist who performed the eventual surgery, to The Washington Post.

Because doctors couldn’t see past Ms. Rahn’s size, she was forced to live in pain and worry. In photos, the enormous pinkish oval that came out of Ms. Rahn’s body is extraordinary, but stories of women treated poorly by medical professionals because of their weight are common.

Take Ellen Maud Bennett, a Victoria woman who died within days of an inoperable cancer diagnosis, also in May. The 64-year-old, who was born in Newfoundland, sounds delightful: Although she had a masters degree in international relations, she apparently found Parliament Hill “too filled with paperwork and patronage” and turned her eye to costume design.

According to Ms. Bennett’s mid-July obituary, she also received poor health care because of her size.

“Over the past few years of feeling unwell, she sought out medical intervention and no one offered any support or suggestions beyond weight loss,” read the notice. “Ellen’s dying wish was that women of size make her death matter by advocating strongly for their health and not accepting that fat is the only relevant health issue.”

The phrase used in Ms. Bennett’s obit is “fat-shaming,” which is fairly self-explanatory. Other terms include “weight stigma,” or “weight bias,” but the core idea is that our societal terror of big bodies means those who have them often don’t get adequate medical care.

That neglect can take many forms. On the medical end, prejudice or confirmation bias can prevent doctors from truly evaluating a patient’s symptoms, as happened with Ms. Rahn and Ms. Bennett. Studies out of the United States have found that overweight women are less likely to be referred for cervical and breast-cancer screenings, for example.

Fear of running up against this stigma might prevent people from taking complaints to the doctor in the first place. That’s particularly true for women, who have been shown to experience more weight stigma in the workplace and on dating apps, as well as by doctors. They’re also more likely to internalize messages that any health problems they have are their fault.

But the connection between weight and health isn’t as simple as small is good while big is bad. When it comes to the risk of death from heart disease, diabetes or stroke, what’s really crucial are five factors connected to the metabolic system: elevated blood sugar, high blood pressure, high triglycerides, low good cholesterol and, yes, excess fat around the waist.

Last month, a team of researchers at York University released a study of more than 54,000 people considered obese. They were separated into groups based on whether they did or did not have these metabolic risk factors, and followed for a number of years.

Over all, 9 per cent of the study group died during the observation period, and those who were both obese and had another risk factor did have a higher risk of mortality. But those who were simply fat without another health problem – about 5 per cent of the group – weren’t any more likely to die than someone smaller.

"This means that hundreds of thousands of people in North America alone with metabolically healthy obesity will be told to lose weight when it’s questionable how much benefit they’ll actually receive,” head researcher Jennifer Kuk said to Science Daily.

Ms. Kuk’s past work has shown that medical professionals, like the rest of us, often obsess over weight rather than focusing on health. This can lead people to choose drastic diets and surgeries over exercise, which has benefits far beyond changing a body’s size.

Losing weight might help improve some people’s health but it’s not a universal cure-all. It definitely wasn’t for Ms. Rahn, who suffered for months, or for Ms. Bennett, whose fat-shaming by those supposed to care for her may have meant an unnecessarily early death. 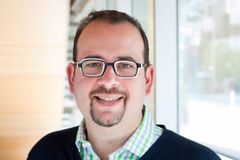 Facts & Arguments
My body ballooned when I went on anti-depressants, each day a battle against hunger and fat-shaming
January 4, 2016
Follow Denise Balkissoon on Twitter @Balkissoon
Report an error Editorial code of conduct
Due to technical reasons, we have temporarily removed commenting from our articles. We hope to have this fixed soon. Thank you for your patience. If you are looking to give feedback on our new site, please send it along to feedback@globeandmail.com. If you want to write a letter to the editor, please forward to letters@globeandmail.com.
Comments