If you want to bring a dinner party in Toronto to a crashing halt, just mention the Ontario election coming up in June. It’s not a pleasant subject.

Who, then, is the alternative? Nobody will say. The alternatives are too dismal to contemplate. Andrea Horwath, the NDP leader, seems like a nice person but she doesn’t count. No one I have yet met, not even conservatives, will admit out loud that she or he might actually vote for Doug Ford. That’s because they know their friends will think worse of them (even though their friends may be harbouring exactly the same transgressive thought). You might as well admit that you like Donald Trump.

In some ways this feels like 2010 all over again, the year Doug’s younger brother Rob won the Toronto mayoralty by a shocking majority – shocking, because so many people voted for him secretly. Rob was a populist buffoon. His opponent, George Smitherman, was an entitled, big-spending, wind-tower-loving liberal. He deserved a spanking and he got it.

But there are differences, too. Doug is in many ways a more respectable figure than bad-boy Rob was. No drugs, no prostitutes, no domestic disputes. Also, the stakes are higher. Rob only got a city to mess up. Doug will get a third of Canada.

What Mr. Ford has going for him is that the province is quite messed up already. Cynics might say it could scarcely get worse. Fifteen years of Liberal rule have given us sky-high hydro prices, put-upon small businesses, aggrieved doctors and a steaming pile of debt that’s costing taxpayers a billion dollars a month in interest. According to an IPSOS poll released last week, 77 per cent of Ontarians want a change. How bad is that? “About as bad as I’ve seen it,” tweeted IPSOS CEO of public affairs Darrell Bricker.

Mr. Ford won the Progressive Conservative leadership after the previous leader, Patrick Brown, was felled by rumours of a sex scandal. Mr. Brown was not a universal favourite. Still, a lot of people figured that Mr. Ford’s victory would be a disaster for the party’s chances – the latest instance of its uncanny ability to snatch defeat from the jaws of victory. But it isn’t turning out that way. Right now, Mr. Ford is cruising toward a majority. He goes on all the talk shows, insults the hosts (if he’s on the CBC) and repeats his standard line about the elites – people who “look down on the common folk drinking champagne … with their pinkies in the air. “ People eat it up.

During the leadership campaign, Mr. Ford drew wide condemnation from people who pointed out that he doesn’t know a thing about how the province works. This is true. Like Mr. Trump, he wears his ignorance like a badge of honour. After all, you don’t have to understand the swamp to drain it. The other day he announced that the moment he’s elected he’ll fire the head of Hydro One. Why? Not because the hydro guy raised the hydro rates. (Someone else did that.) The reason is because he makes $6-million a year and you don’t. Experts pointed out how stupid and pointless that would be, but Mr. Ford knows something they do not. He knows exactly how to please a crowd.

Champagne socialists with their pinkies in the air are horrified by Mr. Ford. But a surprising number of new immigrants and minorities – as well as women – are fans. This drives the folks at The Toronto Star absolutely nuts. Ford fans are supposed to be ignorant white male deplorables. The immigrants and minorities and women are supposed to vote for progressive parties. But these days things are all mixed up. It’s so bad that you don’t know who to deplore any more.

To set the masses straight, the Liberals are launching a million-dollar advertising war this week. Their message is predictable: Mr. Ford is a deranged lunatic who will gut social programs and rob women of their reproductive rights. Demonizing their opponent has worked before. Will it work again? Don’t bet on it. Mr. Ford’s negatives are high (40 per cent) but Ms. Wynne’s are much higher (62 per cent).

Here in Ontario, it’s a contest between fear and loathing. No wonder people don’t want to discuss it at the dinner table. They just get indigestion. 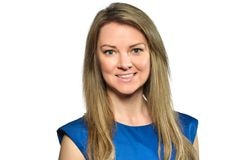 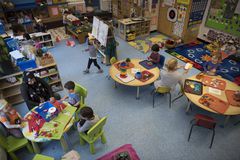 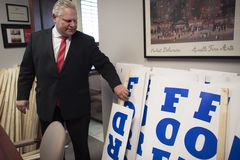