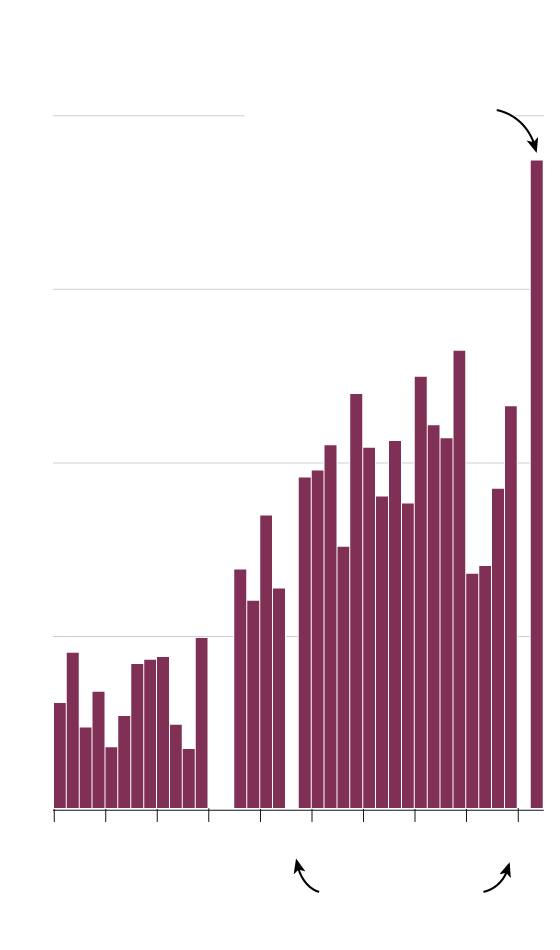 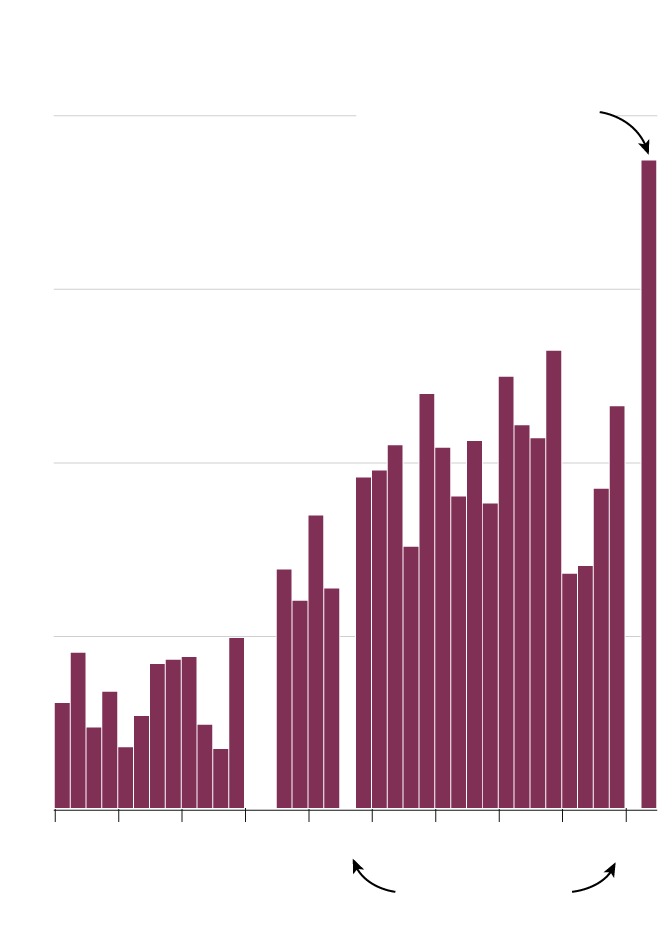 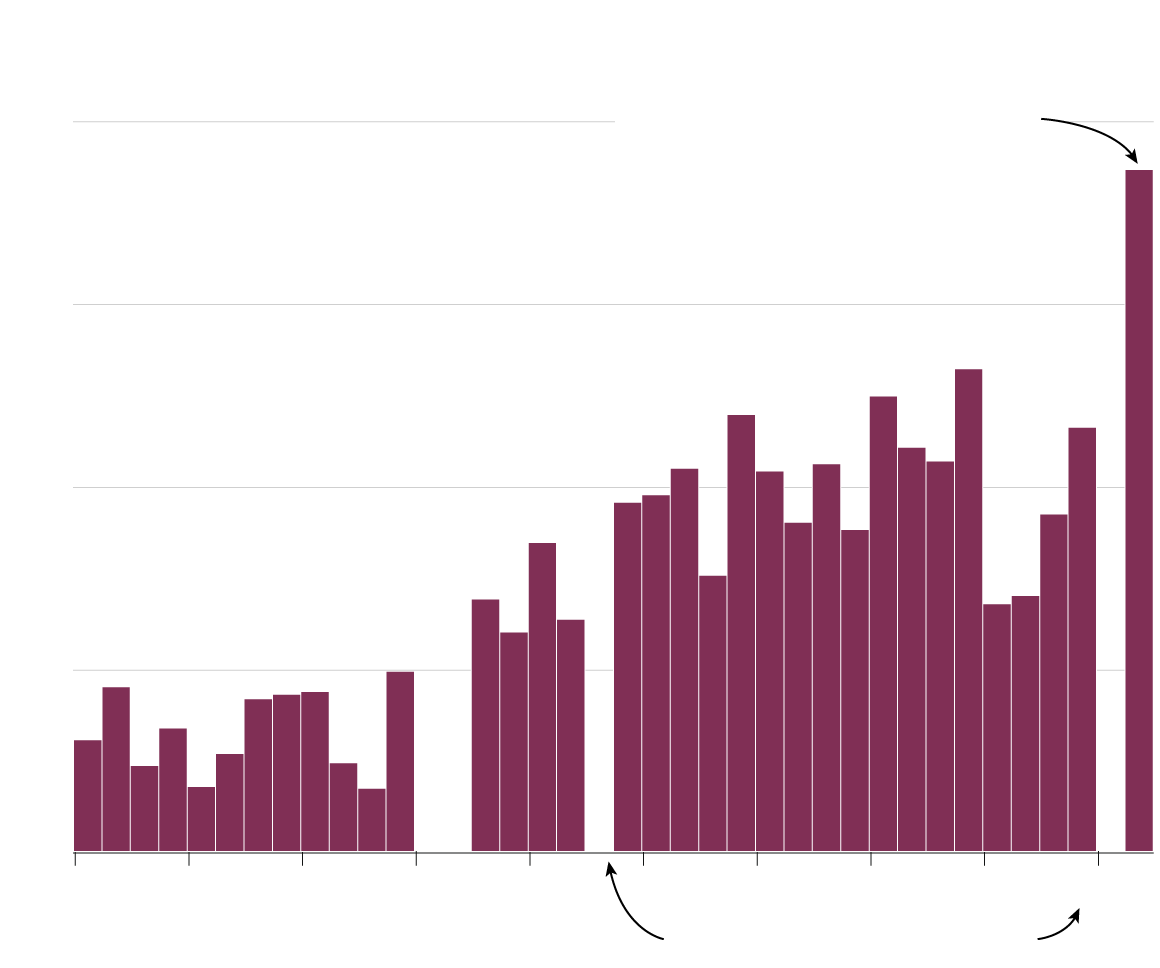 The great Paul Martin budget of 1995 took only 197 pages to rescue Canada’s finances from disaster, while the landmark tax reform budgets of the late 1980s averaged less than 120. By comparison, this budget takes more than 200 pages just to describe its impact on gender equality, inclusion and other “quality of life” measures.

But then it had to be long, because this budget is about everything. I mean this in the most literal sense. Finance Minister Chrystia Freeland spent half her budget speech listing all the many, many things it was about, before giving up, exhausted: It’s about “finishing the fight” against COVID-19, but also “healing the economic wounds” it has left behind; it’s about “meeting the urgent needs of today” but also about “building for the long term.” On and on she went.

So you begin to get a broad picture of the government’s priorities, or rather the lack of them. It is very concerned to see that no individual, household, corporation, activist group, charity or church picnic in the country is omitted from the rolls of those owing their livelihood to the federal government and their gratitude to its current stewards. It is rather less concerned with how any of this will be paid for.

The good news is that the economy is growing at a much faster clip than anyone, the government included, had expected. Revenues for the last fiscal year and the next few are now projected to be nearly $20-billion higher, on average, than they were just six months ago, in the Fall Economic Statement. Program spending, similarly, came in nearly $15-billion under forecast for the year just ended, which is why the final figure for the deficit was “only” $354-billion, and not the nearly $400-billion earlier projected.

But here the government runs into a problem. If growth is on such a hot tear just now, what need remains of the $100-billion in “stimulus” the government has been pitching since the fall?

The answer, predictably, has been to jettison the label (number of times the word “stimulus” appears in the budget: 12) while keeping the spending. To be sure, the budget talks of “kick-starting” the economy and “punching our way out of” the recession that its own figures show is already over. But it seems less concerned with growth, at least as conventionally measured (see “quality of life”), than “healing the wounds,” preventing “scarring,” and other therapeutic benefits.

Alas, it’s economic growth that pays the bills. Again, there is some good news: The government’s debt management strategy, borrowing long while interest rates remain low, has had some success. Long-term bonds accounted for 29 per cent of federal borrowing last year, up from 15 per cent prepandemic; the government aims to bring that up to 42 per cent this year.

The bad news is that interest rates are already on the rise: The rates the government is locking in are already substantially higher than they were six months ago. And the bulk of its new borrowing – and of its outstanding debt, nearly twice as much of it, by next year, as when the Liberals took power – remains in the shorter term.

All told, debt charges are projected to double over the next five years, to nearly $40-billion from $20-billion. That’s still less than 10 per cent of revenues. But much could change for the worse between now and then – and even more so afterward.

It takes a set of pretty rosy assumptions – real growth averaging more than 3 per cent per year, inflation remaining under control, spending slashed to merely the historic record highs it had reached before the pandemic – just to muscle the debt-to-GDP ratio back below 50 per cent. Anything less rosy, and it could easily resume its upward spiral.

There’s an answer to all this gloom: growth. Not the short-term kind we are currently experiencing, rebounding after the recession, but sustained, long-term growth in our productive capacity. What does the government have to say on this front?

It acknowledges, briefly, that it is a problem. “Budget 2021,” it intones, “recognizes that the government needs to take action to protect Canada’s long-term economic growth prospects.” But as to actual solutions? More of the same approach, mostly, that has brought us to our current pass, with growth projected to average barely 1.5 per cent annually over the next 30 years.

There’s a lot of talk about “investing” in infrastructure, for example, of a kind that “pay dividends” in future years. But probe a little deeper and you find that a lot of this is “social infrastructure” that even the government can’t pretend will boost growth much.

Take the budget’s centrepiece, a national early learning and childcare program projected to cost the feds fully $8.3-billion annually when fully implemented. By freeing more women to join the labour force, the government projects this will increase the annual rate of growth by – are you ready for this? – 0.05 percentage points annually.

Fantastic. Instead of growing at 1.5 per cent, we’d rocket up to 1.55 per cent. Our troubles aren’t nearly over.

The 2021 federal budget will continue economic support for businesses and individuals through the summer with a roadmap to wind them down later in the year as more Canadians are vaccinated against COVID-19.