This year marks a half-century since the publication of Foreign Policy for Canadians – the first and, really, only serious effort by a Canadian government to conduct a public and comprehensive rethinking of Canada’s role in the world.

By the late 1960s, as the new Liberal government of Pierre Trudeau was getting down to business, the need for a review was obvious. The outsize influence we enjoyed in the years after the Second World War had largely diminished as allies and enemies recovered, and as a host of newly independent nations claimed their own stakes in world affairs.

In addition to understanding and adapting to our diminished status in a far more competitive international community, we also needed to reclaim our independence in the face of what appeared to be almost overwhelming U.S. economic influence.

Looking back on it now, Foreign Policy for Canadians had mixed results. It anticipated a new role for Canada – a more realistic, if also more modest, vision of a well-intentioned middle power, navigating by the pole star of the United Nations. It is a role we continue to play.

But the review, and the policy initiatives that followed it, significantly underestimated the breadth and depth of our relationship with the United States. Efforts at diversifying trade – what was known as the Third Option, favouring Europe and Japan – went nowhere. What is perhaps worse is that we never really acknowledged that failure. Instead, we became comfortable with a two-track foreign policy, one that allowed us to play the gratifying role of helper-fixer in the world, secure in the knowledge that our actual security and prosperity would be worked out through our relationship with Washington.

Given the turbulence in world affairs, foreign-policy planners rarely dare to project beyond a decade. So we shouldn’t wonder that much has changed since the release of Foreign Policy for Canadians. Indeed, the situation has almost entirely flipped.

Canada is again dealing with a threat to our autonomy from a major power, but this time, it comes not from the United States, but from the new world that was coming into being 50 years ago. The threat is now China, which is using its economic power to influence and silence us, is undermining our national security, and is challenging the rules-based international system that the review itself championed.

And we again need to face up to the consequences of our diminished status, but this time much closer to home. Fifty years on, the problem isn’t that the United States wants to dominate us, but that it has largely forgotten us. While it is tempting to blame this on the chaos of the Trump era, the painful reality is that the relationship has been in decline for some time, something that was manifestly evident in the cool detachment that marked Barack Obama’s management of relations with Canada.

Fifty years is a long time to wait between reviews, but actually conducting one would require our current government to face three hard truths. The first, acknowledged in the 1970 review but largely ignored in its implementation, is that good foreign policy flows from sound domestic policy. International influence is enabled by a strong economy, robust national infrastructure and institutions, and the willingness to invest in national defence and security.

The second challenge, also acknowledged in 1970 but never adequately addressed, is that successful foreign policy requires the confident elaboration of national identity. Half a century ago, we were still enjoying – perhaps naively – a sense of national accomplishment and purpose, and a belief in our future that was linked to a quiet pride in our past. It would have been inconceivable to the authors of the 1970 review that a future prime minister could muse, as Justin Trudeau did in 2015, that Canada has “no core identity” – an assertion that is as confusing to other countries as it is to Canadians.

A third and final challenge in developing foreign policy – a challenge the Liberal government of 1970 fully met – involves encouraging a sense of shared national purpose. Foreign Policy for Canadians was released in a series of booklets that managed to be both reader-friendly and respectful of the intelligence of Canadians.

It’s time for another honest and comprehensive rethink of our place in the world – one premised on the fact that foreign policy for Canadians needs to be worked out with Canadians. 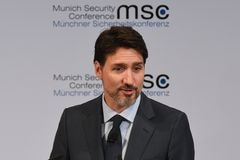 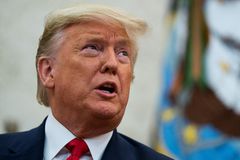