Elizabeth Moore is an anti-hate educator and former racist extremist.

Everything old is new again. But for long-time anti-hate educators and activists, the oft-used phrase doesn’t stem from Peter Allen’s song of dreamy love, but is a grim reminder, instead: When it comes to the next wave of white supremacy in Canada – though “tsunami” might be more accurate – nothing has changed except the battleground.

An investigation by The Globe and Mail analyzed logs from a chat group that called itself the Canadian Super Players. Analysis of discussions, which took place on Discord, a text-and-voice application that is popular with the far right, provided valuable information about what is the same and what is new. And unfortunately, while many of the old tactics remain effective, they also revealed the need for a new, innovative approach to fighting this troubling phenomenon.

The efforts to hide more egregious activities from public view and to infiltrate mainstream political life isn’t novel. In the nineties, the Heritage Front – a hate group of which I was a member – attempted to “unite the right” by creating an umbrella organization for Canada’s existing hate groups. The group worked to attract more educated young people, including professionals who worked in banking and public transportation, as well as grad students in the STEM fields. A concerted effort was made to infiltrate the Reform Party, and just as we’re seeing with the Canadian Super Players, the goal was to influence the party’s direction, if not take it over outright.

There are many reasons why the Heritage Front’s efforts eventually failed, but there are two things it did not have that today’s white supremacists have: the internet and the numbers.

One of my last jobs prior to leaving the Heritage Front in 1995 was preparing back issues of its magazine to be posted online. At the time, the public internet was in its infancy and there were many in racist circles that felt it was a waste of time. Of those who saw it as worthwhile, though, none could have envisioned how important a tool it would become. Radicalization, which used to require access to hard-to-find people and literature, can now be done in a fraction of the time, with little effort. One click or tap can change the trajectory of someone’s life and, once they’re in the movement, the internet again provides near-instant access to broad networks of hate. It is no accident that, despite being a world away, the New Zealand mosque shooter had Quebecker Alexandre Bissonnette’s name on one of his weapons as a warped tribute.

Globally, the number of hate-motivated acts of terror and crime continue to increase. In an era where, as far as extremism is concerned, borders between countries mean nothing, it can feel as if hate is setting the world on fire. Successfully extinguishing that fire requires a co-ordinated effort on multiple fronts.

In the past, anti-hate educators and activists have maintained a tight focus on the specifics of hate-group activity and ideology, while also shutting down racist meetings with demonstrations and putting pressure on venues, as well as bringing forward legal challenges. These methods still work: In January, the publisher and editor of Your Ward News were found guilty of promoting hatred under Section 319 (2) of the criminal code, and just this week, Toronto City Council’s compliance audit committee decided to assess far-right mayoral candidate Faith Goldy’s campaign finances.

Unfortunately, this is all no longer enough. To starve these groups of recruits, we need to focus more on prevention. That means starting at the source by working closely with social-media companies to improve their community standards, reporting and de-platforming criteria. Facebook has made a good start by committing to ban extremists, but it is still only a start.

There is old-fashioned offline work that we can still do, too. We need to build resilience and empathy, as well as offer young people other avenues for finding community. We must co-ordinate with experts who teach critical thinking and digital literacy, and – perhaps most urgently – fight for our social programs that, in many provinces, are being gutted. One former gang member told me last year that when he was young, “everything changed when the after-school programs were cut.” I believe him.

Today’s violence and vitriol has surpassed anything I have seen in Canada in my lifetime, and remaining optimistic isn’t easy. But I still believe in the goodness of people. Becoming cynical would, in its own way, give hate more power; as a former extremist, that’s not something I ever want to do again. We must remember that hate does not form only in the online ether of places such as Discord, it comes from real-world discontent and confusion – so our real-world reaction and approach to the root-cause issues matters deeply. 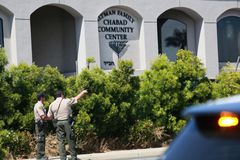 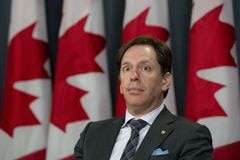