It’s a notion that has made headlines several times over the past few years: Fish feel pain, and the way we catch and kill them for food may actually be cruel. This evolution in understanding of the sentience of an animal long-considered too simple has caused some controversy and discomfort. And as Newfoundland copes with a massive fish-farm die-off, concerns about the well-being of the fish in crowded farms are being added to this mounting conversation.

At Newfoundland’s Northern Harvest Sea Farms, as many as 1.8 million salmon suffocated to death in early September, due to lack of oxygen in the water. As The Globe and Mail reported two weeks ago, concerned marine biologists noted the fish would have been stressed and fighting for oxygen in the cramped, warm waters. Workers have also been struggling to deal with the decomposing remains, which are being vacuumed out of the cages, processed on land and dumped back into the sea. The layer of rotten fish sludge sitting on the bottom of bay is said to be more than 15 metres thick in some areas, and marine biologists worry this sludge could create algae blooms that steal oxygen from the water and choke out other wild marine life.

Fish farming is a rapidly growing sector within Canada’s fishing industry, with salmon being the most commonly farmed fish, and worth about $1-billion. There are concerns, however, about a lack of government oversight of these farms and about the damage they can cause to surrounding environments. Deterioration of water quality owing to waste production and the spread of disease to wild fish populations (and of drugs used to treat those diseases), are included in these concerns. Last year, member of Parliament Fin Donnelly told CBC News that open-net fish farms are essentially “using the ocean as a toilet."

For a food source typically touted as environmentally sustainable, and perhaps less ethically fraught than their land-bound counterparts, fish may actually be more complicated than we once thought.

Growing research now points to the fact that fish have the ability to experience sensations, including pain and suffering. In a 2018 article in Smithsonian Magazine, It’s Official: Fish Feel Pain, author Ferris Jabr explains that at the anatomical level, fish have neurons known as nociceptors, “which detect potential harm, such as high temperatures, intense pressure, and caustic chemicals.” Fish bodies also produce the same innate painkillers (that is, opioids) that mammals do.

In more recent research, biologist Lynne Sneddon of the University of Liverpool told The Independent, “When the fish’s lips are given a painful stimulus they rub the mouth against the side of the tank much like we rub our toe when we stub it." She added: “If we accept fish experience pain, then this has important implications for how we treat them.”

Although evidence is growing about the sentience of fish, they still lack legal protection in Canada regarding their welfare or humane handling, and are legally considered property when caught or farmed. Fishing is exempt from most provincial animal-care acts as an accepted activity in which an animal may be permitted to suffer (much like the farming and slaughtering of other animals for food).

And though there are no statistics on the number of fish killed for food in Canada each year, we know the industry is worth several billion dollars, with exports of $6.6-billion worth of fish and seafood in 2015 putting estimates in the hundreds of millions of fish permitted to suffocate to death each year. The potential suffering associated with that number of animals is hard to comprehend.

Ethical and environmental concerns surrounding the way we farm, catch and kill fish for food are increasing. Allowing sentient animals capable of suffering to be crammed into cages where they are unable to escape harmful conditions, or to be pulled out of their environments, allowed to suffocate to death, no longer aligns with the values of many Canadians who care about the humane treatment of animals.

It’s time to care about fish, and perhaps that means leaving them alone. 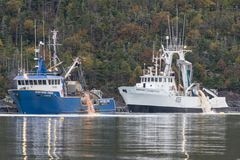 Newfoundlanders raise a stink after as many as 1.8 million dead farmed salmon are dumped on south shore
October 9, 2019 SeaWorld CEO steps down after less than a year on the job Subscriber content
September 16, 2019 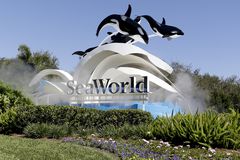