Simon A. Waldman
Contributed to The Globe and Mail
Published July 16, 2021 Updated July 16, 2021
Comments
Text Size
Please log in to listen to this story. Also available in French and Mandarin. Log In Create Free Account

Simon A. Waldman is a visiting lecturer and research fellow at King’s College London and co-author of The New Turkey and its Discontents.

The sun had just set over the Bosphorus, the strategic waterway that runs through Istanbul connecting the Sea of Marmara to the Black Sea, when the news of a coup reached the ears of diners, beer drinkers and Turkish-coffee sippers.

It was July 15, 2016, and a military faction loyal to Fethullah Gulen, a self-exiled Turkish Islamic preacher, seized control of airports, bridges, military headquarters and the state-owned public broadcaster. The goal was to oust the democratically elected government of the Islamist-rooted Justice and Development Party (AKP), led by firebrand President Recep Tayyip Erdogan. After a struggle that involved an aerial bombardment of parliament, street battles and sieges of military headquarters, the coup was finally quelled, with more than 240 people dead.

Mr. Erdogan, who once compared democracy to a train ride – once you reach your destination, you get off – called the coup attempt a “gift from God.” The days, weeks and months that followed saw hundreds of thousands of arrests, detentions and dismissals of state employees, ranging from military personnel to schoolteachers. Mr. Erdogan also rushed constitutional changes through a referendum, which was deemed unfair by international observers, giving himself more centralized authority. Turkey, a key NATO member, also distanced itself from its traditional Western allies and sought better diplomatic, economic and strategic ties with Russia and other powers.

Before the coup, many Turks believed that the days of military interference in politics were over. The armed forces, self-proclaimed guardians of the country’s secular order, had intervened in 1960, 1971, 1980 and 1997. During the 2000s, legislation packages were passed to advance Turkey’s accession to the European Union. That appeared to confine the military to the barracks, leading to optimism that the country’s budding democracy might actually bloom.

The coup attempt dashed such hopes, yet the path to democracy had already hit several roadblocks by then. In 2012, 10 years after Mr. Erdogan’s AKP won its first election, Reporters Without Borders labelled Turkey the world’s biggest prison for journalists. In 2013, peaceful demonstrators opposing the destruction of Istanbul’s Taksim Gezi Park, one of the city’s last remaining public green spaces, were brutally suppressed. Legislation was passed that severely crippled internet freedoms. Even the electoral process became an unlevel playing field. International monitors said that the November, 2015, general elections were marred by “fear” and “unfairness.” That year, the nascent peace process with the separatist Kurdistan Workers’ Party (PKK), a proscribed terrorist group that led a three-decade war against the Turkish state, had broken down. Renewed hostilities between the two sides led to hundreds of deaths, hundreds of thousands of displaced persons and human-rights abuses.

Turkey’s democratic decline stalled its EU accession process and strained ties with European countries. Meanwhile, Ankara, seeking better relations with neighbouring countries such as Iran, undermined Washington’s efforts to limit Tehran’s nuclear program. In 2010, when Turkey was a temporary member of the UN Security Council, Ankara sought to water down international sanctions against the Islamic Republic. When it failed to do so, a Turkish state-owned bank was used to helped Iran circumvent sanctions.

Between 2013 and 2014, Turkish authorities turned a blind eye to tens of thousands of Islamic State-bound fighters and weaponry crossing the country into Syria, the so-called Jihadi Highway. When Ankara belatedly joined the international coalition against the Islamic State, it prioritized fighting the largely Kurdish People’s Protection Units (YPG), which Ankara considers the same as the PKK. However, the YPG was a key coalition ally against IS.

With detentions, censures and the increased centralization of power, the post-2016 coup period was the final nail in the proverbial coffin of democracy in Turkey. The West’s criticism of Turkey’s authoritarianism contributed to Ankara’s decision to seek closer ties with Moscow and purchase Russian S-400 surface-to-air missiles, which pose a security threat to NATO hardware. Meanwhile, in the Mediterranean, Turkey is in a border dispute with EU members Greece and Cyprus over rights to search for and extract offshore hydrocarbons, further estranging Turkey from Europe.

Before 2016, academics and commentators often asked whether the West had lost Turkey. Five years after the coup, with the prospect for a democratic renaissance but a pipe dream and the likelihood of Turkey returning to the Western fold a fantasy, the answer is, regrettably, affirmative. 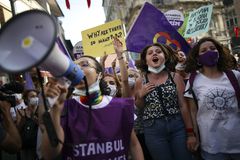 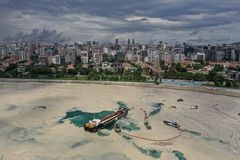 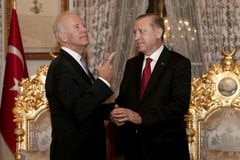