André Picard is a health reporter and columnist for The Globe and Mail. His most recent book is Matters of Life and Death: Public Health Issues in Canada.

There is no shortage of conspiracy theories in health care, but some of the most imaginative and enduring are about fluoridation.

You don’t have to venture too far down the internet rabbit hole to find that fluoride – which is placed in some drinking water to reduce cavities – has been linked to almost every conceivable medical and social condition, from cancer to frail bones, rising crime rates to plummeting IQs.

One paranoiac, Cold War-era analysis goes something like this: Fluoride – an invisible, tasteless, brain-altering chemical – was put into the water supply by agents of the Soviet Union in a concerted bid to make citizens stupid and the United States ripe for takeover.

“It’s incredibly obvious isn’t it?” General Jack D. Ripper explained in the savagely satirical 1964 film Dr. Strangelove. “A foreign substance is introduced into our precious bodily fluids without the knowledge of the individual. Certainly without any choice. That’s the way your hardcore commie works.”

Laughable. Except, the notion that drinking water containing minute quantities of fluoride shaves points off our IQ is back – served up by a prestigious medical journal, no less.

Research such as this is valid, but the researchers overreached when they said pregnant women should limit their consumption of fluoridated water. That’s the kind of leap that gives the field of environmental epidemiology a bad name.

The research involved 512 pregnant women in six cities whose fluoride intake was measured in two ways: 1) They were asked to estimate their consumption of tap water, and the fluoride content of the local supply was applied; 2) The urine of 141 women living in cities with fluoridated water and 228 with non-fluoridated water was tested.

After some number crunching, the researchers found that an increase of 1 milligram per litre of urinary fluoride levels was linked to a 4.5-point IQ score decrease in boys, but no difference in girls. Based on self-reported consumption, an increased daily intake of 1 mg/litre was linked to an IQ reduction of 3.66 points in boys and girls.

Practically, that means the children of mothers who consumed fluoridated water had slightly lower IQs – about two to three points based on median fluoride intake of 0.7 mg/litre.

That is utterly meaningless. IQ is at best an imperfect measure of intelligence. Test results can vary from day to day. Heck, you probably lose two IQ points watching a Seth Rogen movie.

Then, there are the study’s limitations, the most important of which is the age-old admonition: Correlation is not causation.

Meaning, just because the small sample of fluoridated-water drinkers’ children in the study had marginally lower IQ scores doesn’t mean the fluoride is to blame. Countless things contribute to your memory, analytical thinking, mathematical ability and spatial recognition (the things measured in an IQ test), including genetics, education, nutrition, pollution and more.

The researchers do us no favours – and potentially a great deal of harm – by jumping to dubious conclusions that fuel anti-fluoridation conspiracies.

Already, we are seeing groups such as the Fluoride Action Network salivating at the propaganda value of these findings and holding them out as proof “claims that thousands of studies show fluoridation is safe are not true. In fact, public health has been negligent about examining the health of people living in fluoridated communities.”

Over the past 70-some years, few substances have been more studied than fluoride, and the conclusion is always the same: Fluoridation is safe, and prevents cavities.

The origin of fluoridation is a fascinating tale of shoe-leather scientific investigation. In 1901, newly graduated dentist Frederick McKay opened a practice in Colorado Springs, Colo. He noticed that many of the town’s children had grotesque brown stains on their teeth but also very few cavities. He was determined to figure out why. It took him three decades to crack the puzzle.

The head of the dental hygiene unit at the U.S. National Institute of Health, H.T. Dean, was intrigued, and decided to test fluoride levels around the U.S. The study found a sweet spot where fluoride levels protected teeth without staining – 1 part per million. (Today, the standard is 0.7 ppm.)

So why not add the chemical to water supplies where it was not naturally occurring, Dean wondered.

In 1945, Grand Rapids, Mich., became the first city in the world to fluoridate its drinking water. After 11 years, the rate of cavities fell a whopping 60 per cent, but remained the same in Muskegon, a nearby city that did not fluoridate.

Also in 1945, a similar experiment was conducted in Brantford, Ont., which registered a 35-per-cent drop in cavities and a 63-per-cent reduction in the severity of cavities over the next 11 years.

It was the first time in history scientists had found a way to prevent cavities, a public-health milestone.

But it was wartime and fluorine had another, more sinister use as a key component in the manufacturing of atomic bombs.

In the postwar years, as skepticism of science grew, distrust in government flourished and the Red Scare was born, fluoridation became a flashpoint.

Anti-fluoridation activists have done a brilliant job of adapting their fear-mongering to the times.

In the 1960s, fluoride was positioned as a civil-rights issue – unwarranted “mass medication.” In the seventies, shielding people from fluoride was a consumer-protection issue. In the eighties, it became about preventing waterways from being polluted by a dangerous chemical. In the budget-slashing nineties, fluoridation was targeted as an unnecessary expense for taxpayers. And in the 2000s, as an “unnatural” and “neurotoxic” chemical. Today, anti-fluoridation groups are riding the wave of rejection of expertise and promoting pseudoscience with science-y language.

Yet, over time, the fundamental arguments for and against fluoridation haven’t changed.

Opponents of fluoridation see Big Brother poisoning them with chemicals, and make sweeping safety claims, based largely on rat studies and wild generalizations about small epidemiological studies, such as the new paper on IQ.

In Europe, only about 3 per cent of drinking water is fluoridated; in many European countries, children take fluoride supplements; in countries with free dental care, they get regular fluoride rinses. In Asia and Africa, salt and milk contains fluoride.

There’s no question that with the advent of fluoridated toothpaste and the popularity of bottled water (which, by the way, leeches hormone-like chemicals), the relative effectiveness of fluoridated water has dropped.

If we’re going to debate anything, it should be how to best ensure everyone gets enough fluoride to protect their teeth.

But as health threats – real and imagined – go, the “government is poisoning us with fluoride” argument doesn’t hold any water. 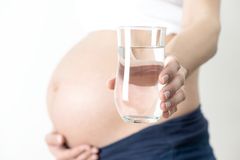 Hygienists are ditching dentists’ offices to set up their own clinics
June 23, 2019 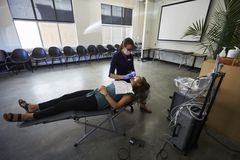 Opinion
Cuts to Toronto Public Health are a careless dismissal of doctors’ expertise
Subscriber content
May 14, 2019 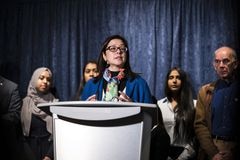