Even before the pandemic, it was a mystery as to why anyone would want to be the premier of Newfoundland and Labrador, given the province’s disastrous public finances, depressing demographics and legacy of failed get-rich-quick projects.

The pandemic has only heightened the mystery.

For all its natural beauty and local colour, Newfoundland is a basket case. Previous leaders bet on offshore oil and hydroelectric projects that have now left the province technically bankrupt. Oil revenue did surge in the first decade of this century, weaning Newfoundland off federal equalization payments. But the province appears to have made all the same mistakes as Alberta, believing the good times could last indefinitely.

Under former premier Danny Williams, Newfoundland also embarked on the ruinous Muskrat Falls hydro project in Labrador, which is now slated to cost $13.1-billion instead of the originally forecast $6.2-billion – mostly to produce electricity nobody wants. The pandemic has delayed completion of Muskrat Falls by more than a year, so the final price tag is likely to rise still, compounding an already epic economic tragedy.

Newfoundland’s July 24 fiscal update projected provincial revenue will plummet by 28 per cent this fiscal year, as the pandemic crushes economic activity (especially tourism) and depressed crude prices sap oil royalties. The province’s net debt-to-gross domestic product ratio is currently projected to rise to 57 per cent this year from 41 per cent, though it would not be surprising to see it surge well past the 60-per-cent threshold.

Into this breach has leapt Andrew Furey. The 45-year-old orthopedic surgeon, a newcomer to politics, last week won a Liberal leadership race that had failed to attract a single sitting member of cabinet or the legislature as a candidate. Mr. Furey is set to be sworn in as premier in the coming days, replacing Dwight Ball, who is stepping down after being reduced to a minority government in the 2019 provincial election.

Mr. Furey’s willingness to accept what promises to be a thankless task is admirable. There are no good or easy solutions to Newfoundland’s plight. But while he has correctly identified many of the province’s problems, he has so far failed to articulate a credible plan for tackling them – unless you buy the idea of St. John’s as a tech hub.

“We need to make sure that we move beyond natural resources, toward a sustainable, diversified economy,” Mr. Furey said in his leadership acceptance speech. “I’ve said many times throughout the campaign that I think our creativity as Newfoundlanders and Labradorians lends us to be very successful in the technology sector.”

That is unlikely, at least in the short and medium terms. Turning the Avalon Peninsula into the Silicon Peninsula might sound forward-thinking, but it is more likely to lead to a repeat of past efforts to diversify the economy with development projects that ultimately went awry. Besides, while Newfoundland has a lot of the same problems as Alberta, it lacks the prairie province’s assets, such as a young, diverse and well-educated population and a steady stream of new immigrants. Just 46 per cent of Newfoundland’s adult population works.

Mr. Furey’s most immediate task – provided he survives a provincial election that could come at any time – will involve negotiating a comprehensive bailout package with the federal government, one that restructures the province’s Muskrat Falls debt and reforms the equalization program to enable Newfoundland to tap into that fund again.

Ottawa has guaranteed $7.5-billion worth of the debt incurred by Muskrat Falls, and has promised help to avoid the doubling of electricity prices in the province that would be required to cover the costs of the hydro project. But it is hard to see a way forward for Newfoundland that does not involve getting out from under its Muskrat Falls debt entirely.

Newfoundland already has Canada’s oldest population, and a shrinking one at that. Without more than partial relief from Ottawa, the province will face no other choice but to cut and tax its way back to a balanced budget. It will hit a debt wall otherwise.

Newfoundland is already relying on intervention by the Bank of Canada, which began buying provincial debt securities in March to enable the province to borrow money. But this is neither an appropriate nor sustainable arrangement. If Newfoundland requires a bailout, it should come from the federal government. The central bank is becoming too politicized as it resorts to extraordinary measures to prop up the economy.

For his part, Mr. Furey has no time to waste. His province is sinking and only Ottawa can save it. He needs to make that call on Day 1. 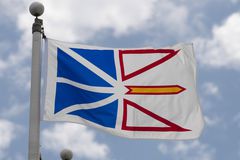 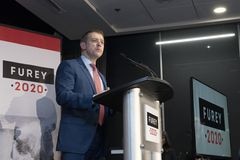