As Poland approaches the climax of a presidential election campaign on which the future of its democracy depends, and Donald Trump gives his fellow populist and incumbent President Andrzej Duda electoral help by receiving him in the White House, come with me on a tour through the magical world of the evening News on Polish state television.

We start on Sunday, June 14. The first item marks the 80th anniversary of the first deportation of Poles to Auschwitz. This is indeed a moment worthy of the most solemn remembrance. Too many people around the world forget that innocent and sometimes heroic Poles were the first prisoners in Auschwitz. But in the entire news item, lasting more than four minutes, the words “Jewish victims” do not appear once. Instead, the head of the Institute of National Remembrance tells viewers, “That was the purpose of Auschwitz: that there would never be an independent Poland – to murder it.” No other groups of victims are mentioned until the footage of a memorial ceremony in Berlin, where the Polish ambassador to Germany says that from the moment of the creation of Auschwitz “we talk of the Holocaust.”

Soon the program turns to what can only be described as pure election propaganda for Mr. Duda, the ruling Law and Justice party’s candidate and Mr. Trump’s pal.

Announcer: “Voters speak about the credibility of Andrzej Duda.”

Unidentified woman: “He’s a great patriot, and really we need such patriots – and not any of those egoists.”

After berating Poland’s independent media, the News turns to the differences between Mr. Duda and opposition candidate Rafal Trzaskowski, who are running neck and neck in opinion polls. Now the Jews do get an explicit mention, as the program characterizes the candidates’ allegedly different responses to Jewish restitution claims – or, as the announcer puts it, “giving money back to the Jews” for the Second World War.

Then comes an attack on Mr. Trzaskowski for his “way of thinking, thinking not in line with Polish interests.” This is evidenced by the fact that he participated in a meeting of the Bilderberg group in the Swiss resort of Montreux: “The meetings are shrouded in secrecy – it is not known what decisions were taken here in Switzerland.” Cut to another supposedly expert interviewee, who says: “The Germans export to us candidates for the highest positions, such as [Donald] Tusk, and now such a German candidate is Trzaskowski.” (The charge is completely without foundation, but anti-Germanism is still felt to have traction with some Polish voters.)

The next day, News tells us that Mr. Duda’s “family charter” envisages “the defence of children against LGBT ideology.”

Returning to the Jewish restitution theme, the announcer makes this truly despicable claim: “Experts have no doubt [that] the stream of money that currently flows from the state budget into the pockets of Polish families will dry up if Trzaskowski, after his possible victory in the presidential election, will seek to satisfy Jewish demands.”

And so it goes on, day after day, with the crude, mendacious, repetitive blows characteristic of propaganda.

Polish state television (TVP) makes Fox News look like the Canadian Broadcasting Corp. It is still notionally meant to be a public broadcaster, but since the Law and Justice party (PiS) won both the parliamentary and presidential elections five years ago it has become a partisan mouthpiece, widely known as TVPiS. With the ruling party obviously rattled by the Trzaskowski challenge, it is now plumbing new depths.

One media monitoring service found that, between June 3 and 16, almost 97 per cent of TVP News stories devoted to Mr. Duda were positive while almost 87 per cent of those about Mr. Trzaskowski were negative. Worse than that, the broadcaster has descended into the paranoid world of the far right, where spotless, heroic, perpetually misunderstood Poles are being conspired against by dark, international German-Jewish-LGBT-plutocratic forces meeting secretly in Swiss chateaux.

I have been writing about Poland for more than 40 years and have constantly struggled against a widespread Western stereotype of this fascinating, complicated country as stiff-necked, narrow-minded, reactionary, nationalistic and anti-Semitic. Now here is state television comprehensively reinforcing that stereotype. Professedly defending Poland’s good name, TVP is besmirching it. Detecting anti-Polish forces everywhere, it is itself an anti-Polish force, doing serious damage to the country’s reputation in the world.

What can be done about this? First, Polish voters will have the opportunity, in the second round of the presidential election on July 12, to vote out Mr. Duda, who – disappointing early hopes that he might show statesmanlike independence – has proved to be a PiS man through and through. With Mr. Duda getting 43 per cent of the vote in the first round to Mr. Trzaskowski’s 30 per cent, and almost 7 per cent going to a candidate from a party to the right of PiS, the opposition has a mountain to climb. But the campaign momentum currently seems to be moving against the incumbent.

The issue is not whether undecided swing voters particularly like Mr. Trzaskowski, let alone his Civic Platform party, which many are fed up with. It is whether Poland will have some counterbalance at the highest level to prevent further damage to the rule of law, democracy and the country’s international standing. For if Mr. Duda is re-elected, PiS will have three years without significant elections in which to do to Polish democracy what Viktor Orban has done to Hungarian democracy: emasculate it.

Second, we need to defend media pluralism. Media scholars distinguish between internal and external pluralism. Internal pluralism means you get a wide range of political views inside one channel, radio station, newspaper or online platform. (Think BBC – or, indeed, CBC.) External pluralism means different political tendencies are represented by separate channels, stations etc. Internal pluralism is better because a truly liberal democracy requires informed citizens who are exposed to a wide range of facts, arguments and opinions even if they only watch one channel. But in Poland, that was never fully realized after 1989 – public television was always inclined to sway under pressure from governing parties, although incomparably less crudely than today – and the chances of achieving it are now remote.

All the more vital, then, to keep the external pluralism the country does still enjoy. There are newspapers such as the historic Gazeta Wyborcza, weeklies such as the Polish Newsweek, online platforms such as Onet.pl and the independent journalism site oko.press, which recently won Index on Censorship’s Freedom of Expression award. And there is a major independent TV channel, TVN, which is owned by the U.S.-based Discovery channel. I quite often watch TVN24′s evening news program, Facts, which has roughly the same number of viewers as News. Facts is not BBC-style impartial; it clearly favours a more liberal, pro-European Poland and is strongly anti-PiS. But unlike the so-called News, it is still definitely professional, high-quality, reality-based journalism. (Think something between CNN and MSNBC.)

A defeat for PiS man Mr. Duda in this election could stop Poland descending all the way down the Hungarian path, and that would have positive implications for the whole of Europe. But even then, the long-term future of democracy in Poland will depend on defending the freedom and diversity of its media. 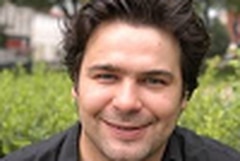 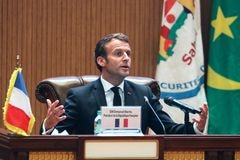 Opinion
Boris Johnson has made me ashamed of my country
June 12, 2020 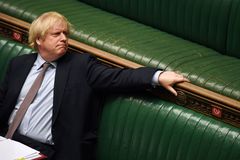