Rachel Giese is the editorial director of Xtra and the author of Boys: What it Means to Become a Man

Even rendered in the careful, dispassionate language of news reports, the descriptions of videos taken at Toronto’s St. Michael’s College School are disturbing: Multiple scenes of alleged violence against boys by a gang of their classmates. In one, an alleged threat; in another, an alleged assault with a belt.

But worse are the two that initially came to light after circulating on social media. The first depicts an alleged physical assault by a group, and the second an alleged gang sexual assault.

Filming the attacks and then circulating them was presumably intended to amplify the alleged victims’ suffering through the humiliation of public exposure. But the unintended result is that the videos at last provide evidence of what many former and current students allege is as an endemic problem of violence and intimidation at the prestigious all-boys school that goes back decades and has long been ignored by school administrators.

Many students endured it and kept their trauma secret for years, others quietly left the school when the bullying became too much. Kyle Fraser, now a university student in the United States, transferred from St. Michael’s five years ago after experiencing verbal harassment. Following an emergency alumni meeting earlier this week, he told the media the school fostered a culture of “toxic masculinity.”

That the silence about this toxic culture has persisted for so long is not surprising. Children and teenagers who experience physical and sexual abuse are reluctant to disclose it. A 2010 study by University of Toronto social-work professor Ramona Alaggia noted that 60 per cent to 80 per cent of children who experience sexual abuse don’t tell anyone until they reach adulthood.

The reasons are multiple: They are intimidated into silence, they are confused and ashamed, or they don’t think they’ll be believed. And, of course, many institutions – the Catholic Church chief among them – have gone to extraordinary lengths to cover up and deny their histories of rampant sexual abuse of children.

For boys, there is also the specific stigma brought on by societal messaging about what it means to be a man. Prof. Alaggia writes that men who were sexually abused as children or teenagers “reported being profoundly affected by prevailing attitudes about masculinity and images of men as supposed to be immune to victimization or as being perceived as inadequate when victimized.”

In other words, boys who are abused often don’t speak up or ask for help for fear that being a victim will make them appear unmanly or weak. Homophobia is central to this. Straight boys are afraid of being perceived as gay, and gay and bisexual boys worry that they will be outed or blamed if they talk about their abuse.

All-male, fraternal environments such as boys-only schools, sports teams and fraternities magnify these gender dynamics and biases. British psychotherapist Joy Schaverien coined the term “boarding school syndrome” to describe how exclusive, hierarchical boys’ academies such as Eton and Harrow teach young men to be bullies, to be loyal to their clique-ish institution and disdainful of “the other,” to bury their emotions and take pride in their capacity to endure pain, to feel entitled and to dominate those weaker than themselves.

And as would be expected, these hypermasculine societies and arenas not only support a culture of aggression and abuse, but celebrate it as tradition in hazing and initiation rituals that range from mild mortification to severe physical and sexual assault.

Perpetrators depend on the codes of masculinity and brotherhood – “boys don’t cry” and “snitches get stitches” – to keep this behaviour a secret. American sociologist Lisa Wade has studied the epidemic of deaths, injuries and abuse at college fraternity parties. She writes that “fraternities have drink, danger and debauchery in their blood – right alongside secrecy and self-protection.”

For male victims in these environments, silence can seem like the only option – because disclosure is framed as disloyalty, being a victim is equated with emasculation and talking about one’s trauma is seen as a failure of one’s manhood.

If there is any good to come out of the horrible events at St. Michael’s College School, it’s that survivors may finally feel safe to come forward. One of them is Jean-Paul Bedard, who attended the school in the 1980s and says he was subjected to a “sexualized initiation” ritual. He’s been prompted by the recent alleged sexual assault to speak out about what he says happened to him 30 years ago, in the hope of supporting others.

“As a man,” he said in a recent TV news report, “there’s this added stigma. I know that this young man is dealing with that stigma. Other men need to reach in and step up.” 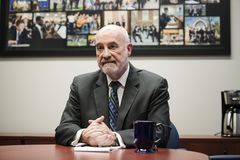 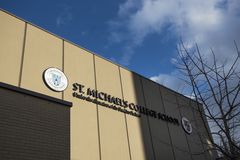