Métis physician Janet Smylie is tired. When I speak to her, she’s leaning against a wall at the Na-Me-Res Indigenous men’s shelter, which is now a pop-up vaccination clinic, as she takes a breath from her work.

The vaccine rollout has come together with undeniable success in the Northern Ontario First Nations fly-in communities. In mere weeks, Operation Remote Immunity – supported by Ornge, Ontario’s air ambulance and its president Dr. Homer Tien and co-developed by Nishnawbe Aski Nation – will have wrapped up its second visits to 31 First Nations communities and Moosonee to administer the second shots in arms of many of our most vulnerable, most of them living hundreds of kilometres away from medical centres or access to doctors, clean water or viable medical clinics. It was a truly remarkable feat of planning: In the dead of winter, all 300-plus souls living in Weenusk First Nation, the second-most northern First Nation in Ontario, were vaccinated two weeks ago.

But at the moment, Dr. Smylie does not work in the North – she works in Toronto. And what is happening here is the opposite of what we’ve seen in fly-in communities.

Truthfully, Ottawa and Queen’s Park had no choice but to get on board and vaccinate Northern First Nations communities; if they didn’t, they would have had a public-health disaster on their hands, one fuelled by generations of health care inequity and a medical system never designed with First Nations peoples’ health in mind. Without vaccinations, the effects of COVID-19 in our communities would have been near apocalyptic.

But it has been staggering to see the stark difference between the carefully planned, vaccination rollout that took place there and what is happening on the streets of cities such as Toronto and Thunder Bay, which are proving to be ground zero of the dreaded third wave of the pandemic.

We know this virus has further exposed the strong inequities that had already existed in our society; in different ways, the pandemic has disproportionately affected women, the homeless, people of colour and precarious workers. Now, we know that the 80,000 Indigenous peoples living in Toronto are not being equally served with a robust parallel vaccine rollout here or in Thunder Bay, which so many First Nations, Métis and Inuit call home, having left their home communities.

“I’ve been saying until I am blue in the face – there are 80,000 people here,” said Dr. Smylie, who is also the director of the Well Living House, the Indigenous health research unit at St. Michael’s Hospital. She has worked with Nipissing First Nation’s Steve Teekens, the executive director of Na-Me-Res, and Seventh Generation Midwives to create this Indigenous-led COVID-19 assessment centre called Auduzhe Mino Nesewinong, or, the Place of Healthy Breathing. Co-leading the vaccinations is Dr. Suzanne Shoush, a Black and Indigenous physician who serves as the University of Toronto Department of Family and Community Medicine’s Indigenous Health lead.

This clinic is a ray of hope, punching above its weight along with Anishnawbe Health and Michael Garron Hospital in Toronto’s east end. They’re doing their best with what they have to inoculate Indigenous adults, many of whom have found out about clinics or how to register via the Moccasin Telegraph – word of mouth, e-mails to friends, and phone calls.

Ninety per cent of Indigenous peoples in Toronto live under the low-income cut-off, many in overcrowded housing. Family stress levels are high. Parents stare into empty fridges. Some of our people are houseless, suffering from addictions and mental-health issues. Others were recently released from jail, with little in the way of a transition back to normal life – compounded by the Ontario government’s logic-defying decision not to vaccinate the disproportionately Indigenous and Black provincial inmate pool, making them an infection risk to themselves and their loved ones upon release.

Dr. Smylie is begging all health leaders to come together and “apply a social lens” to the pandemic and treat all Indigenous peoples equally in the phase 1 rollout. Hospitals and public-health units need to get behind Indigenous health providers to manage vaccine allocation and distribution. “People will die in the streets without the vaccine,” she said.

For its part, Na-Me-Res started vaccinations on Feb. 16 thanks to Mr. Teekens’s foresight, having kicked pandemic planning into high gear after the shelter experienced its first COVID-19 outbreak last March. As of Tuesday, 72 staff members and residents have received their second doses, said Mr. Teekens.

But there should have been parallel mass vaccination programs from the start – not a plan that has demanded Dr. Smylie and her colleagues scream for attention and assistance.

What they have managed to do is close to a miracle. But what they’ve done shouldn’t have required one. 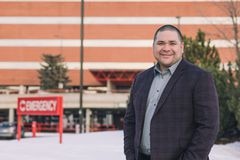 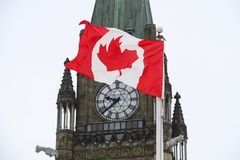 Family of Indigenous woman who says she was turned away from B.C. hospital want review made public
February 24, 2021
Follow Tanya Talaga on Twitter @TanyaTalaga
Report an error Editorial code of conduct
Due to technical reasons, we have temporarily removed commenting from our articles. We hope to have this fixed soon. Thank you for your patience. If you are looking to give feedback on our new site, please send it along to feedback@globeandmail.com. If you want to write a letter to the editor, please forward to letters@globeandmail.com.
Comments