New Democratic Party Leader Jagmeet Singh has struggled, to say the least, to make an impression in Quebec. It’s not all his fault. The 2011 Orange Wave had already receded by the time he took the party’s helm in 2017, and he inherited a Quebec NDP wing in disarray.

There is probably not much Mr. Singh nor the NDP can do now to avoid a disaster in the province in next month’s federal election. None of the party’s 14 remaining seats in Quebec are safe.

And it will take more than a gutsy advertising campaign, such as the one released this week that opens with Mr. Singh sans turban, to persuade Quebeckers to give the NDP another look.

A Léger Marketing poll published in Saturday’s Le Journal de Montréal confirmed that francophone Quebeckers have turned their backs on the party; only 6 per cent of French-speaking voters said they would vote for the NDP now, compared with 13 per cent who said they would vote for the Green Party. Like most online polls, this one did not ascribe a margin of error, since it was based on a non-probabilistic sample of web respondents. But its results nevertheless show that Quebeckers no longer see the NDP, which won 43 per cent of the popular vote in the province in 2011 and 25 per cent in 2015, as the great orange hope.

This election is shaping up to be a three-way contest for Quebec’s 78 seats between the Liberals, Conservatives and Bloc Québécois. Yes, the Bloc has risen from the graveyard, where the obituary writers had relegated it since it lost all but four of its seats in 2011. Under its new leader, former Parti Québécois cabinet minister Yves-François Blanchet, the Bloc has managed to recapture a large chunk of the left-leaning nationalists who had abandoned it for the NDP.

Where that leaves the party with the conservative nationalists outside the Montreal area who once formed the other half of the Bloc’s base is another matter, however. Mr. Blanchet recently allowed André Parizeau, the nephew of late PQ premier Jacques Parizeau, to run for the Bloc against Liberal Tourism Minister Mélanie Joly. But Mr. Parizeau had to first agree to break with the Quebec Communist Party, which he had previously led for two decades and on whose executive he had served until last month. Unless Mr. Blanchet manages to hide him under a rock, Mr. Parizeau’s candidacy threatens to haunt the Bloc Leader throughout the campaign.

The SNC-Lavalin affair did not hurt the Liberals as much in Quebec as in the rest of the country. Prime Minister Justin Trudeau’s spiel about saving jobs at the Montreal-based engineering giant largely trumped the accusations of political inference against him. If the controversy surrounding allegations that Mr. Trudeau and his entourage put excessive pressure on former attorney-general Jody Wilson-Raybould to spare SNC-Lavalin from facing a trial on fraud and bribery charges proved anything, it is that Canada’s two solitudes are alive and well.

Hence, the Liberals enter the campaign guardedly optimistic about Quebec, where they now hold 40 seats. The Léger poll put Liberal support at 39 per cent in the greater Montreal area, twice as high as the second-place Bloc. With their lock on non-francophone voters, the Liberals are nearly assured of winning about two dozen seats in Quebec.

It will be a harder climb for the Liberals outside the Montreal region, where three-way races with the Bloc and Conservatives will make for unpredictable outcomes. The party’s removal of former imam Hassan Guillet as the Liberal candidate in the Montreal riding of Saint-Léonard–Saint-Michel, after his allegedly anti-Semitic comments surfaced, won’t hurt the Liberals in their Mount-Royal stronghold, where a large proportion of voters are Jewish. But questions about Mr. Guillet’s candidacy – which was controversial from the beginning, since the Liberals have traditionally reserved Saint-Léonard–Saint-Michel for a candidate of Italian origin – could linger amid suggestions that the Liberals were slow to remove a Muslim candidate.

The Conservatives had been on track to increase their Quebec seat count from the 11 ridings they now hold. But MP Alain Rayes last week undermined his boss, Conservative Leader Andrew Scheer, by falsely affirming that the party’s MPs would be prohibited from tabling a private member’s bill on abortion.

That contradicted Mr. Scheer’s position that, while a Conservative government would not reopen the abortion debate, individual MPs would remain free to table legislation on the issue. Mr. Scheer attempted to set the record straight, even insisting that he would vote against any bill seeking to restrict abortion, but not before the damage was done.

The abortion issue will now dog Mr. Scheer in Quebec, where he will face Liberal and Bloc charges of a hidden Conservative agenda. Former leader Stephen Harper faced the same challenge, which is why his party never managed to break out of its Quebec City fortress. Mr. Scheer, hence, starts the campaign with more baggage in Quebec than anywhere else. 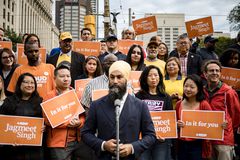 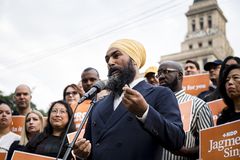 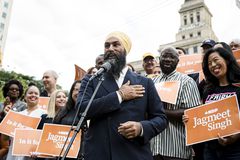