Michael Bociurkiw is a global affairs analyst based in London. He was a Canadian member of the first international team of observers to reach the crash site of MH17 in 2014

There were two main takeaways from today’s meeting and press conference with Canada and the foreign ministers from the four other grieving countries of Flight 752. Neither will please the relatives of the 176 victims of the tragic plane crash.

One is that the five countries represented by the International Coordination and Response Group for victims of Flight 752 have very few tools available at their disposal with which to place pressure on Iran to adhere to their five key demands – especially for a “thorough, independent and transparent international investigation open to grieving nations.”

Even though Ukraine Foreign Affairs Minister Vadym Prystaiko told Ukrainian journalists after the meeting that there were unspecified ways for the international community to pressure Iran, it is hard to believe that one of the most sanctioned nations on the planet would respond to even more painful measures against it.

Said Canadian Foreign Affairs Minister François-Philippe Champagne, who hosted the meeting at Canada House: “We are judging Iran every day. Iran has a choice, and the world is watching. They can take a path and allow us to get to the bottom of things.”

My own skepticism comes from the way Russian-backed fighters in eastern Ukraine – the same thugs who fired a Buk missile into Malaysia Airlines Flight 17, killing all 298 people on board – have responded to international sanctions as well as ceasefire pledges signed by no less than their benefactor, Russian President Vladimir Putin: with impunity.

The need for united and resolute action on Iran also comes at a time when U.S. President Donald Trump’s administration shows little appetite for using its influence to force Iran’s hand. Sure, it acted boldly – some might say carelessly – in taking out General Qassim Soleimani, the powerful Iranian commander. But don’t expect Mr. Trump to pressure Iran further if there is no personal or political gain in store. The coalition of grieving nations are alone on this one.

The other takeaway is that grieving relatives will face an agonizingly long wait before they are reunited with the remains of their loved ones. While such a delay is not unusual in such an extraordinary crash – I know from my work as a Canadian OSCE observer at the crash site of MH17 in 2014, which was also in an active conflict zone and involved a missile – the logistics of retrieving, identifying and performing forensics on the bodies can take weeks, if not months. At least in Ukraine, Russian-backed rebels allowed the transport of the bodies into government-controlled territory within days of the crash. In the case of PS752, there appears to be no firm timeline for when the grieving nations will receive the remains of their citizens.

Each passing day where international investigators are not at full manpower at the crash site is another day lost in terms of discovering why yet another civilian airliner was shot out of the sky by a missile. Also worrying is that there was no news today regarding when the plane’s black boxes will come into the capable hands of Western investigators.

The heartlessness – perhaps plain stupidity – of the Iranian regime was on display just two days after the Boeing 737-800 jet crashed to the ground. A U.S. television crew filmed the crash site – including airplane debris and, likely, human remains – being bulldozed. For this to happen at a crime scene is nothing less than evidence tampering.

Fortunately, Ukrainian investigators, who have built up plenty of experience from working with the Dutch-led Joint Investigation Team into MH17, moved quickly to document evidence and send it back home to Ukraine. Several of the images they have shared appear to show evidence of a strike by the two Russian-built missiles fired by the Iranians.

The coming days and weeks will show how willing the Iranian authorities are to support the type of investigation expected by the grieving nations. It will also show whether a regime known more for brutality than compassion can provide a sense of dignity for the innocent men, women and children senselessly killed in the crash.

The best course of action, as we learned from the crash of MH17, is to lower expectations and to provide families with as much information as possible – no matter how painful or disappointing. 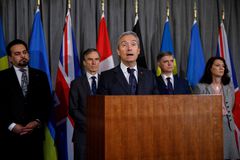 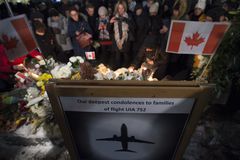 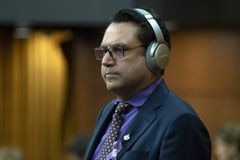