“He is gonna find a way to get it done one way or another,” Michael Wernick warned Jody Wilson-Raybould during the phone call she taped last December.

Mr. Wernick was clerk of the Privy Council; Ms. Wilson-Raybould was attorney-general. “He,” of course, was Prime Minister Justin Trudeau.

“To get it done” meant providing SNC-Lavalin with a remediation agreement – also known as a deferred prosecution agreement (DPA) – whereby criminal charges would be withdrawn in favour of a financial penalty and improved procedures at the company.

Mr. Trudeau’s apparent intentions – keeping SNC’s headquarters in Canada, along with thousands of jobs – were good.

Yet the Prime Minister was apparently unaware that an international treaty prohibits prosecutors from considering economic or political factors when deciding on a remediation agreement. And that the same treaty prohibits the attorney-general from interfering in such decisions.

Mr. Trudeau now has a new Attorney-General – David Lametti – who has refused to rule out a remediation agreement and sought outside advice on the issue. Most recently, he said: “The Prime Minister has never tried to direct me. If someone else tries to direct me then they’ll hear about it.”

Significantly, “direct” is the same word that Mr. Trudeau used when denying the first Globe and Mail report that he and his staff had pressed Ms. Wilson-Raybould.

Mr. Lametti is leaning in a dangerous direction. Again, offering a remediation agreement to SNC-Lavalin would violate an international treaty.

The treaty in question is the 1997 OECD Convention on Combating Bribery of Foreign Public Officials in International Business Transactions.

The OECD – the Organization for Economic Co-operation and Development – is made up of 36 democratic, market-oriented states. The OECD leads the global fight against bribery, an activity which, it explains, “raises serious moral and political concerns, undermines good governance and economic development, and distorts international competitive conditions.”

Canada ratified the OECD Anti-Bribery Convention in 1999 and adopted the Corruption of Foreign Public Officials Act to implement its obligations into Canadian law. The act criminalizes the bribery of foreign officials by Canadian citizens, permanent residents and companies incorporated here.

In 2018, Mr. Trudeau’s government amended the Criminal Code to allow for the possibility of remediation agreements with companies charged with fraud or corruption, including bribery.

However, consistent with Article 5 of the OECD convention, the amendment to the Criminal Code specifies that the prosecutor “must not consider the national economic interest, the potential effect on relations with a state other than Canada or the identity of the organization or individual involved.”

There is no ambiguity concerning the scope and substance of this obligation. Under international law, a treaty’s terms are to be interpreted in accordance with their ordinary meaning, in their context and in light of the treaty’s object and purpose.

Part of that context can be found in the commentaries to the OECD convention, adopted alongside it in 1997: “Article 5 recognizes the fundamental nature of national regimes of prosecutorial discretion. It recognizes as well that, in order to protect the independence of prosecution, such discretion is to be exercised on the basis of professional motives and is not to be subject to improper influence by concerns of a political nature.”

Shortly after The Globe broke its story, the OECD’s Working Group on Bribery expressed concern about “recent allegations of interference in the prosecution of SNC-Lavalin.” It reminded Canada that compliance with the OECD convention “requires prosecutorial independence in foreign bribery cases pursuant to Article 5,” and that “political factors such as a country’s national economic interest and the identity of the alleged perpetrators must not influence foreign bribery investigations and prosecutions.”

The Working Group on Bribery is the principal enforcement mechanism for the OECD convention and fulfills its mandate through the marshalling of shame. As its chair Drago Kos said last month: “We have a whole list of things … follow-up reports again and again, public statements, we can organize a high-level mission.” In other words, the working group, by uncovering and persistently disseminating the truth, can damage the reputations of non-compliant states.

Reputations matter. Countries with good reputations for prosecuting economic crimes are better able to attract investment from other “rule of law” countries. They are also better able to protect their own companies from corruption, discrimination and expropriation abroad.

Canada’s reputation on this front is presently quite poor. Transparency International, a civil-society group that serves as a global corruption watchdog, produces regular reports on the enforcement of the OECD convention. In 2015, it identified Canada as a country of “moderate enforcement,” behind the United States, Britain, Germany, Italy, Switzerland, Norway and Israel.

By 2018, Canada had slipped into the “limited enforcement” category, behind Australia, Brazil, Sweden and Portugal.

Negotiating a remediation agreement with SNC-Lavalin could push Canada into the “low enforcement” category, alongside Mexico, Russia, Slovenia and Bulgaria.

Is this where Canadians want their country to be? Is this a burden Canadian companies want to carry?

Last December, Foreign Minister Chrystia Freeland said: “The rule of law is not a choice: It is the bedrock of democracy. Canada will not compromise nor politicize the rule of law and due process.”

Mr. Lametti should put those words into action and immediately rule out a remediation agreement for SNC-Lavalin. 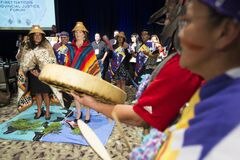 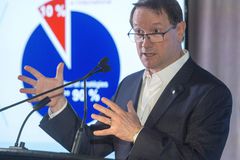