Camille Labchuk is a lawyer and the executive director of Animal Justice, a national animal-law advocacy organization

The pandemic is hitting the economy hard, debilitating businesses and organizations, including zoos and aquariums. Faced with lost revenue, some are struggling to see a future. The Neumunster Zoo in Germany already made a list of which animals to slaughter first to feed to other animals. The Toronto Zoo (which relies heavily on municipal cash even in the best of times) is running a crowdfunding campaign to stay afloat. But perhaps most galling, the Vancouver Aquarium is asking federal and provincial governments for a whopping $9.5-million bailout package, threatening bankruptcy and closure within months should the demand go unheeded.

The aquarium is quite comfortable putting animals on public display, but prefers to keep many of its own practices hidden from public scrutiny.

But its tone-deaf plea for a bailout has shone a spotlight on the troubling ethical and management issues common at zoos in general, and Vancouver Aquarium in particular. While public support for keeping captive animals continues to decline, business as usual is over for zoos and aquariums. Governments should help them forge a new path, and transition to becoming sanctuaries.

That the Vancouver Aquarium doesn’t have a contingency plan is shocking. Its $46-million annual budget is largely funded by depriving more than 70,000 animals of their freedom and charging people admission to catch a glimpse of them. Belugas and dolphins were their cash cows for years, until all but one dolphin died off. It now displays large ocean animals such as sharks and octopuses, but also terrestrial animals such as monkeys. (Like many zoos, the Aquarium doesn’t publicly disclose its inventory; this would make it easier for the public to track animal deaths.) We should all be concerned that the aquarium apparently has so little concern for the animals it confines that it has irresponsibly failed to budget for their care during an emergency.

Unlike many Canadians who are currently struggling, the aquarium doesn’t even pay rent. It has a five-year agreement to operate rent-free on public land in Vancouver’s Stanley Park, reached after complex negotiations when it brought and lost an expensive lawsuit challenging municipal efforts to crack down on cruel whale and dolphin captivity.

The aquarium’s operating costs have already been slashed to only $1-million a month after laying off 343 staff, putting people out of jobs. The aquarium’s inability to sustain even this expense during lockdown suggests troubling mismanagement and misplaced priorities.

Perhaps cutting hefty executive salaries would create some breathing room. According to 2018 tax filings, the chief executive earns more than $350,000 – a lot for a charity – while the average full-time employee makes only around $43,000, or about $10,000 for part-timers.

There’s an emerging social consensus that sentient animals deserve better than being held captive in zoos and aquariums, expressed most recently when Parliament took the groundbreaking step of outlawing whale and dolphin captivity across the country. Yet the aquarium continues to cling to the past, ideologically wedded to the outdated idea that there are no moral or ethical issues with confining sentient animals purely for our amusement. It fought tooth and nail against the legislation, and just last week on talk radio, head vet Dr. Martin Haulena dismissed people opposed to captivity as being in the same category as “anti-vaxxers and anti-COVID protesters.” Since when does showing compassion to other living beings equate to disregarding science and putting public health at risk?

The aquarium already does some important rescue and rehabilitation work, and this offers a blueprint for what a postpandemic aquarium should look like. It’s time to abandon the old model of capture, confinement and exploitation, and instead fully embrace a move toward rescue, rehabilitation and sanctuary. Animals deserve respect, compassion and safety. Sanctuaries are sorely needed to provide homes for animals liberated from places such as roadside zoos, circuses and the exotic pet trade.

If the animals of a zoo or aquarium are truly at risk of starvation or being killed off, then governments should step in to prevent animals – who are innocent in this mess – from paying the ultimate price. But any bailouts must come with strings, specifically and concretely requiring a move toward a sanctuary model that aligns more closely with public values.

There may be many things we simply can’t go back to after the pandemic eases up, and the current model of zoos and aquariums should be among them. For the Vancouver Aquarium, the enduring legacy of this pandemic should be reinvention – not business as usual. 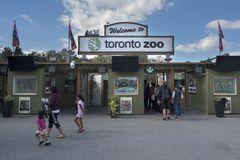 From wildlife sightings to Instagram-worthy views, here’s how to travel without leaving home
March 24, 2020 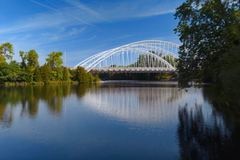 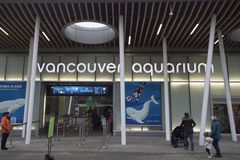